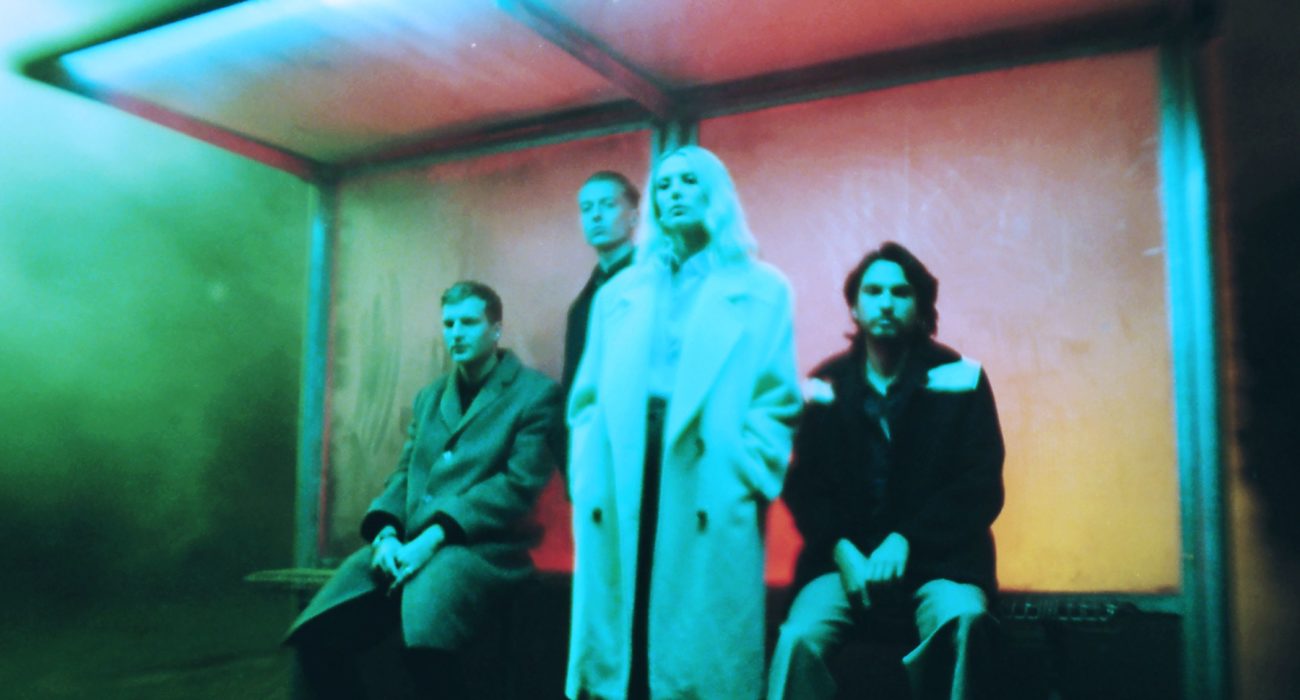 Following their Mercury Prize-winning magnum opus Visions of a Life was never going to be an easy feat. But Wolf Alice have once again surpassed themselves with third album Blue Weekend. Here the London 4-piece blend dream pop and shoegaze with indie, folk, and punk rock, creating a kaleidoscopic collection of musings on love, fame, self-doubt and being yourself.

Ellie Rowsell’s vocals are stronger and show more range than ever before. Maybe it’s the 18 months or so since Wolf Alice finished their extensive tour (which usually culminates with the snarling ‘Giant Peach’) that have been so beneficial. Rowsell also adds keyboards and guitars, along with guitarist Joff Oddie, bassist Theo Ellis, and drummer Joel Amey.

Blue Weekend is bookended by two tracks of the same title, ‘The Beach’ and ‘The Beach II’. But they couldn’t be more different. The former is absolutely driven by its steadily strummed guitars and Rowsell’s soaring vocals. Yet album closer ‘The Beach II’ is a noisy shoegaze soundscape which suggests the influence of My Bloody Valentine.

‘Delicious Things’ is undoubtedly a highlight on the album, as Rowsell grapples with the highs and lows of fame. She humbly asks ‘would you believe I’m in Los Angeles?’ over Beach House-esque instrumentation. The song chronicles Rowsell’s encounter with a pretentious drugged-up suitor at a party. She whispers ‘he liked the fact that I play music in a band, he’s making a movie and the score needs a hand’. Unlike other bands of their fame, Wolf Alice remain grounded though, as Rowsell sings ‘Don’t lose sight’.

Wolf Alice at their most assertive

In its opening seconds, ‘Lipstick on the Glass’ feels nostalgic, recalling early releases like ‘90 Mile Beach’ or ‘Heavenly Creatures’. Rowsell is able to showcase her incredible vocal range here, singing in a higher register in the verses. Like Visions, Wolf Alice still ponder life and death on this record. As Rowsell sings ‘there’s no pleasure in existing so go ahead and kiss me’.

Bombastic second single ‘Smile’ follows, featuring Joff Oddie’s sizzling guitars and explosive drumming from Joel Amey. It’s a shame we don’t get another Joel solo like 2015’s ‘Swallowtail’ but I’ll keep my hopes up for album number 4! Rowsell is at her most assertive in the sung-spoken verses, denouncing any naysayers with ‘I am what I am and I’m good at it. If you don’t like me well that isn’t f*cking relevant’. It’s a bold statement and one that will speak to the group’s legion of fans.

‘Smile’ also demonstrates Wolf Alice’s talent for switching up a song from decidedly grunge to dream pop. The abrasive verses contrasted with the lilting chorus of ‘ah-ah-ah-ah sun and the shine, ah-ah-ah-ah smile’. Theo Ellis delivers a gorgeous isolated fuzzy bassline in the song’s final third too.

‘Safe From Heartbreak (if you never fall in love)’ draws on folk and baroque influences, with its melodic guitars and layered vocal harmonies. Lyrically, this track (and the album as a whole) seems deeply confessional. The acapella outro is a stunning addition.

Meanwhile ‘How Do I Make It OK?’ (which was debuted at Live at Worthy Farm last month) is reminiscent of Dirty Hit label-mates The 1975. With its catchy call-and-response chorus and synth-heavy melody, it would be unsurprising if the band released it as the next single. The track incorporates St Vincent-esque distorted guitars and bass towards the end as Rowsell sings ‘I just want you to be happy’. Despite a handful of the songs seemingly dealing with breakups, Rowsell remains unbitter. She sings of ‘no bad blood’ on latest single ‘No Hard Feelings’ which is the record’s most stripped back affair. Underpinned by its gentle guitar melody, Rowsell delivers an emotive vocal performance here.

But not all the tracks are so introspective or emotional, as gnarly headbanger ‘Play the Greatest Hits’ erupts at the album’s midpoint. This is absolute mosh-pit gold for the band’s 2022 tour. It is 2 and a half minutes of fast-paced, punk-infused energy driven by Amey’s persistent drumbeat and Rowsell’s shriek of ‘It isn’t loud enough!’

Lead single ‘The Last Man on Earth’ is a dreamy piano-led ballad inspired by Kurt Vonnegut’s Cat’s Cradle. It’s not the first time the band have taken inspiration from literature (see 2017’s ‘Formidable Cool’ for example). This shimmering odyssey is unlike anything Wolf Alice have released before and yet it seems to be an instant classic. The song progresses, building up to a beautiful refrain of ‘light will shine on you’, marking an emotional return for the band.

‘Feeling Myself’ is one of the album’s most interesting tracks with its spacey keyboard intro and breathy vocals. It suddenly surges into a mix of noisy distortion and trip-hop beats reminiscent of Portishead. The lyrics are suitably romantic: ‘Keep my name on your lips, let the double L feel like a kiss’. It demonstrates the band’s continued experimentation and confidence in exploring new sounds.

Blue Weekend is yet another incredible addition to the Wolf Alice discography. The band continue to break new ground and push boundaries, but they do so without losing their distinct sound. Here, they’ve made a cohesive collection of shoegaze soundscapes and dream pop anthems, interspersed by the occasional stomper. With Blue Weekend, Wolf Alice may well have found the crowning jewel in their claim to being the UK’s most exciting band of recent years.

Blue Weekend is available to stream or buy in its physical format from 4th June. You can order the album from Wolf Alice’s official store here.

Wolf Alice will also embark on a tour of UK and Ireland in support of Blue Weekend in January 2022. Remaining tour tickets are available here, and tour dates listed below.