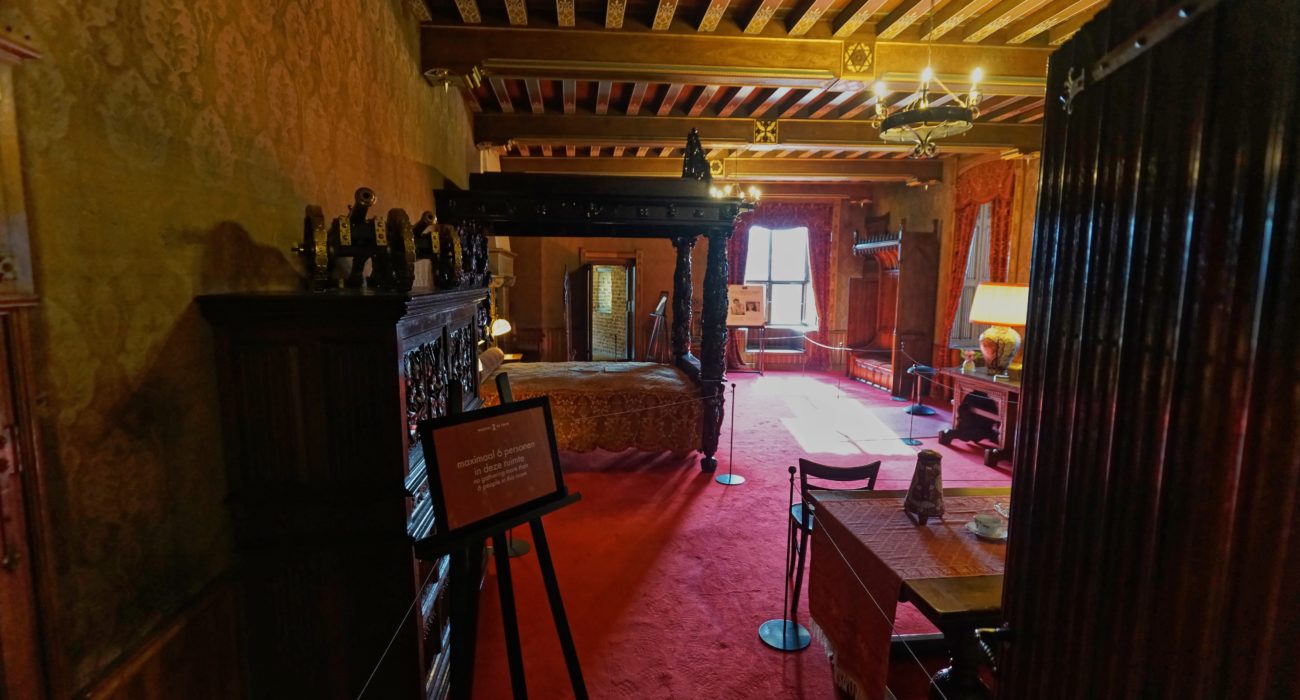 Though it may be described as ‘drama-thriller’ on IMDb, the opening shot of Stephano Lodovichi’s The Guest Room confirms its horror credentials. An Italian language film, The Guest Room or La Stanza is an entertaining, if at times obvious watch.

Decked out in the tattered remains of her old wedding dress, leading lady Stella (Camilla Fillipi) begins the film teetering precariously on the windowsill of her crumbling Gothic mansion. Ready to plunge into the white abyss below she is interrupted by a knock at the door. It is a man who insists he has booked a room, despite Stella not having run a guest house for many years. She relents and lets him in from the rain. However, as the film unfolds, it becomes increasingly clear that this man may not be as much of a stranger as previously thought, but a manifestation of some buried guilt or repressed secret. His return enacts a dark justice and forces Stella and her ex-husband (Edoardo Pesce) to pay for a terrible crime committed many years ago.

If that doesn’t sound enough like the plot of an Edgar Allan Poe novella then don’t worry, the gorgeous Gothic set-design and harrowing score firmly place this film within the horror genre. The film successfully avoids falling for cheap thrills. The violence on screen is realistic, brutal and troubling. Guido Caprino, who plays the guest, is particularly spectacular in the role. His ability to shift from innocent to menacing leaves the audience constantly on edge. And, subsequently, unsure how to feel about him throughout the first act of the film.

However, the plot does at times lose focus around the second act of the film. This is most noticeable in the rather heavy handed reveal of who this mysterious guest is. On the whole though, The Guest Room is an emotionally compelling and reality-bending story and a valuable contribution to the horror genre.