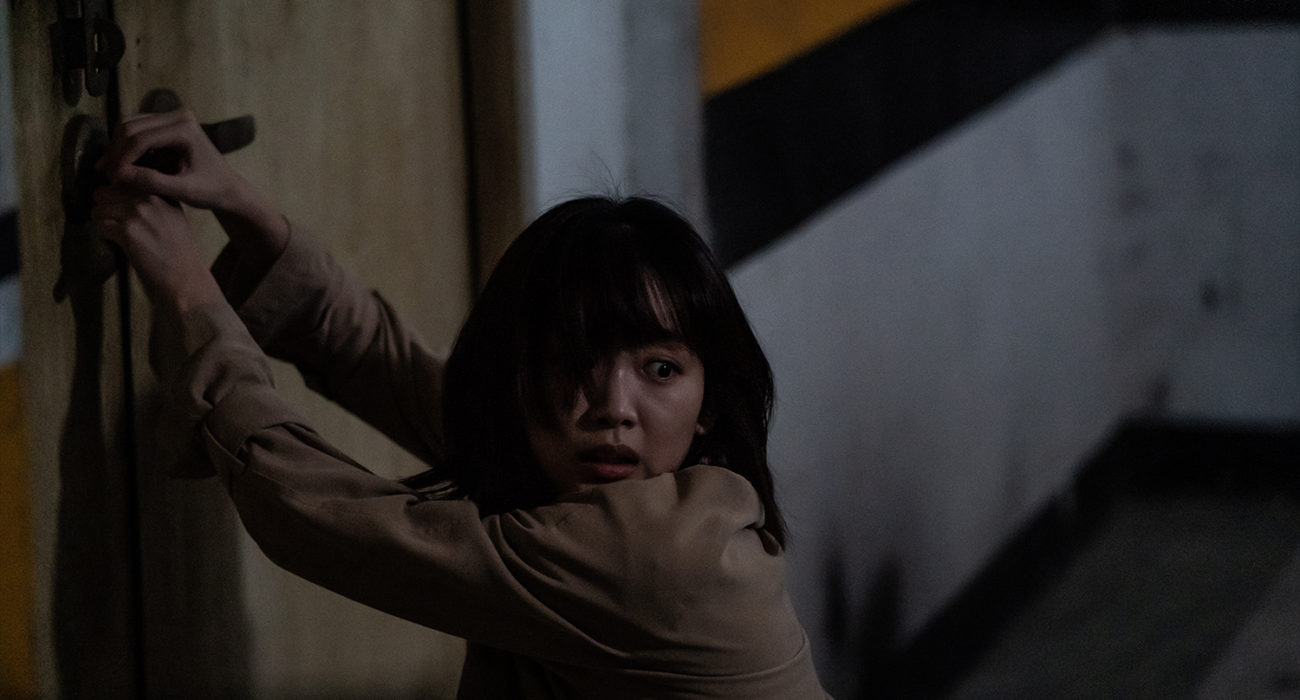 Midnight is Korean director Kwon Oh-Seung’s first movie. An unusual addition to the horror genre, it distinguishes itself by tastefully making audiences sympathise with and admire its strange cast of characters.

Following a young deaf mother and her deaf daughter, audiences are plunged into the narrow streets of Seoul as she flees a notorious serial killer. The film is most effective in its use of sound with moments of dulled noise and silence, immersing viewers in what it would be like to be deprived of one of their most important senses.

Strikingly, audiences bear witness as to how the two women cope with their disability daily, and how close they are because they are overcoming the same challenges. In their apartment, special lights sensitive to noise help them to track movement which leads to some stylish visual images. The chase takes place at night, in both dark alleys and open public spaces. The film nails the tension of this as it seems nowhere is safe, not even the busy main streets of Seoul.

The recent success of Korean productions such as Squid Game and Parasite show a growing interest in the genre. Midnight is a similarly stylised interrogation of how our insensibility to people’s problems is the real horror story.

Commenting on social morals is central to the film as it depicts a truly despicable killer who is constantly playing different roles to lure his victims. As a result, Midnight makes the viewers reflect on human empathy by constantly making the characters choose between saving themselves or their loved ones.

There is very little blood or shocking gore on show which, if anything, adds to the tension and takes nothing out of the experience. Truly frightening and brilliant, Midnight is one of the festival’s biggest gems.