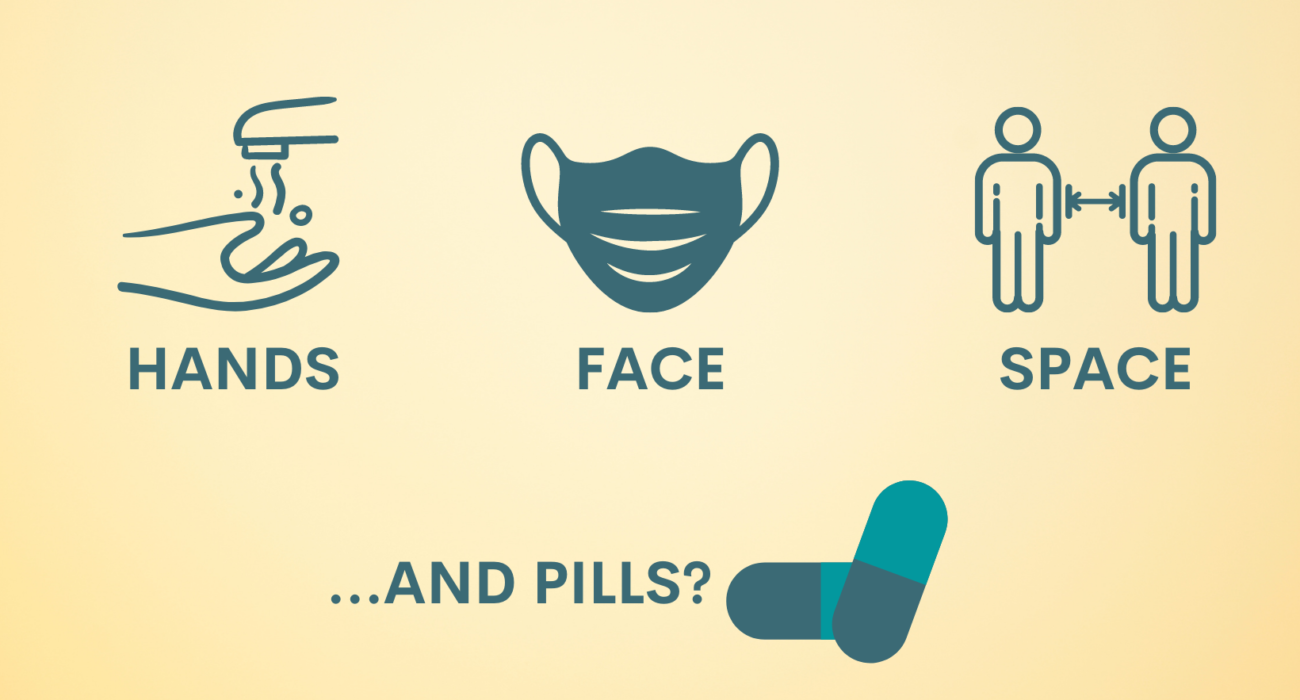 The pill is made from the drug molnupiravir and works by impeding the replication processes of the virus. This means levels within the body stay low; both reducing transmission and the severity of symptoms in the host. Read more about how molnupiravir works.

Methods of stopping the spread of the virus are the only way we will learn to live with COVID-19, and many measures have already been implemented to do this such as social distancing or mask-wearing. Lagevrio is simply a chemical method of mitigation.

Whilst the drug itself was first developed by Merck, due to its promising properties the development of its pill form is now being encouraged across research institutes around the world. One of which is the University of Manchester.

The university has recently received funding from the Bill & Melinda Gates Foundation to produce a low cost method of producing molnupiravir to make it more accessible around the world.

Often with new medical technologies, low-income countries miss out by not being able to develop treatments themselves, and so rely on other countries.

The university and the Gates Foundation hope to overcome this challenge by developing an inexpensive route for manufacturing the drug. The $500,000 funding boost will be key to driving this research forward.

By making treatments such as this more accessible to developing countries, it means we can learn to live with COVID-19 on the same scale worldwide, and put the pandemic behind us once and for all.

The UK is the first country to approve Lagevrio so far, and the news will surely be a catalyst for other countries to follow suit.

The health secretary Sajid Javid has said, “we are working at pace across the government and with the NHS to set out plans to deploy molnupiravir to patients through a national study as soon as possible” (MHRA, 2021).

With UoM being one of the leading institutions in molnupiravir production and the UK being the first to approve the drug, there is no better place to be for science and medicine right now than Manchester.