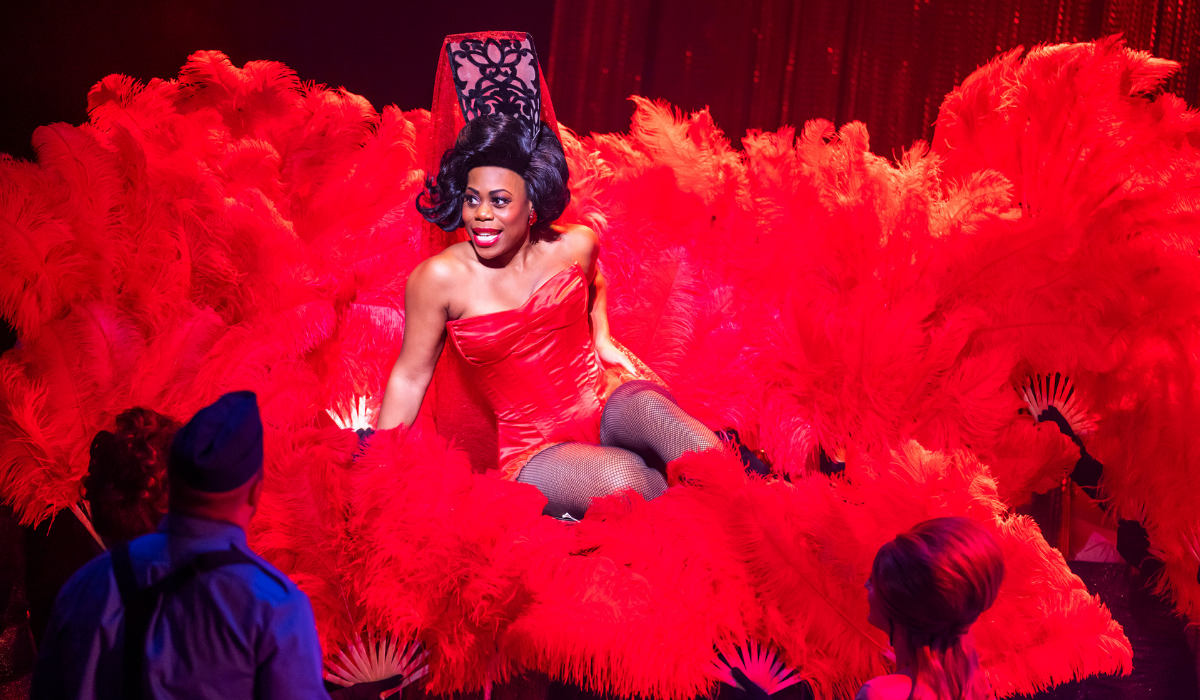 Although I’m not much of an opera fan, there are a few operas on my checklist: Aida, Carmen, Madama Butterfly, The Magic Flute, and The Merry Widow (an operetta, I know).

Next year, I might betray Opera North by attending Ellen Kent’s Madama Butterfly – for this opera is the basis of my favourite 20th century musical, Miss Saigon. That is unless Opera North bring back their version of the tragic tale.

Now – why, you ask, do I prefer to go to Opera North Productions? Well, Opera North is to opera what Matthew Bourne is to ballet and what the Royal Shakespeare Company is to Shakespeare: it makes it enjoyable for those unfamiliar with the genre.

Furthermore, Opera North, Matthew Bourne and the RSC update these old (and often dated) stories with contemporary context – without changing the sacred script (or songs).

Take RSC’s all-Black Hamlet, or Opera North’s most recent production of Carmen – their first in over a decade – which transports this 1875 French opera from its original setting of 19th century Spain to 20th century America.

I mustn’t be too harsh on Carmen, though: its breaking of conventions shocked (and scandalised) its first audiences. It was unconventional, unorthodox and radical for its time; that is something I can not only appreciate but also admire.

Bizet, who achieve little success prior to Carmen, died suddenly after its 33rd performance, unaware that his work would achieve international acclaim within the following ten years – eventually becoming one of the most popular and frequently performances operas in the classical canon.

Camp, colourful and as crazy as they come – with design by the creative as ever Colin Richmond – this contemporary production of the classic opera stars Chrystal E. Williams as the titular Carmen.

This is yet another sign of Opera North’s ambition and strive to seek relevance. The company is constantly reinventing itself and succeeds in updating even the most dated and problematic of operas.

As we could see by the promo material, Opera North had cast a Black woman in this iconic role. That, in itself, is commendable. The opera and the ballet are the Whitest forms of theatre; artists and audiences alike are Whiiiteee. When I go to the opera, I’m a drop of brown in a sea of White faces.

Whilst press night was pretty white, my aunty and cousin attended Carmen‘s second showing, where the audience was noticeably more colourful! My aunty commented on the Black women who looked proud and poised as they watched a Black actress take on one of the most iconic roles in the history of theatre.

Williams’ casting is a slap in the face to those who’d argue that the lack of Black talent in opera is because there is a limited talent pool. Whilst that probably is true – for opera does not attract as many people of colour – one also asks how open most opera companies are to casting Black actors.

Williams’ vivacious vocals outsang any criticism that Opera North was virtue-signaling (that this was token casting) in the aftermath of Black Lives Matter, that shook every industry to the core, including the arts. Her singing, acting, and presence were all delightful; she was as enchanting a heroine as they come.

I must also commend Opera North for making Carmen an active heroine in her own story. Too often, she’s portrayed as a passive protagonist, relegated to (not a secondary character, per se but) a damsel-in-distress, a fantasy who cannot escape the male gaze.

Whilst this production does not sanitise the sexual nature of the story, it successfully subverts the male gaze; Carmen stares right back at the men who long for her – and at us, the audience.

I brought my friend Preyashi to see Carmen – she’s Mauritian; I thought it cute to bring a native French speaker to a famous French opera. Whilst she enjoyed the show, she noted that the actors clearly aren’t French!

She praised Caves, however: he must have worked hard to perfect his French accent. Félicitations, Caves!

Rhodes, meanwhile, did a fantastic job of playing the iconic toreador. He brought with him a fiery passion that perfectly encapsulated the vain charm of his character.

His rendition of ‘Votre toast, je peux vous le rendre’ aka the Toreador Song (aka one of the best-known of all operatic arias, along with fellow Carmen aria ‘L’amour est un oiseau rebelle’, aka ‘Habanera’) was a highlight of the show.

Williams had great chemistry with both of her love interests but there was more passion and sex appeal between Williams and Rhodes – a natural consequence of the intended portrayal of his character as a Prince Charming-like figure.

Rhodes was not simply following a script, though; he was possessed by the toreador. It really was no surprise that (SPOILER) Carmen chose him in the end.

Whilst Carmen was pretty dark at times – particularly the final scene before the interval – it was (deliberately) sanitised by the vibrancy of the production. The final scene prepared the audience for a rare operatic happy ending.

But it was too happy; it was apparent that the darkness was coming – just as Carmen’s tarot reading predicted.

Indeed, the lights dimmed; this colourful production that subverted opera conventions could not escape the most important of operatic conventions: tragedy.

Whilst Carmen‘s score is a constant delight, my favourite piece of music from the opera is ‘Los Toreadors’.

I remember Kevin Clifton and Susanna Reid doing the paso doble to this song on Strictly Come Dancing – probably my favourite Strictly performance of all time – and deciding that I had to see Carmen just to see this song performed live by an orchestra.

Eight years later – almost to the day – the time has come!

My only criticism of Opera North’s opening gala back in June was that the Carmen section did not include ‘Los Toreadors’. I said that I’d just have to see Carmen when it came to Manchester – and that I did.

The opera opened with this fiery song, transporting the Salford audience to historic Spain – but then the curtain rose and we realised that this production had updated its setting to the 20th century – in America!

The older couple sat behind me had seen Carmen a number of times. They commented on how “different” this production was. In fact, when the show started – its opening scene was set in a sleazy cabaret – the man asked if they had come to the right place.

The first scene after the interval was a charming solo dance by Nando Messias (Lillas Pastia). I heard the man ask “What was all that about?”

Messias returned to the stage wearing chaps (yes, really – see for yourself) to gleeful chuckles in the audience.

After playing its final two 2021 dates in Nottingham, Carmen‘s UK tour resumes from February until April 2022, returning to the Lowry in March. 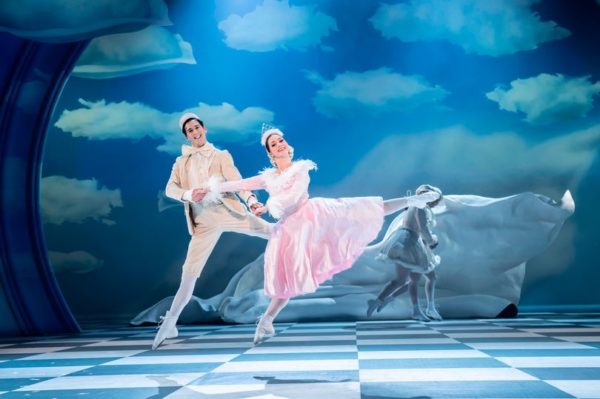 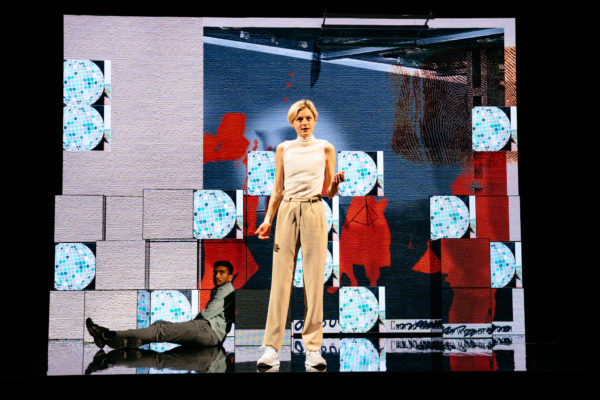