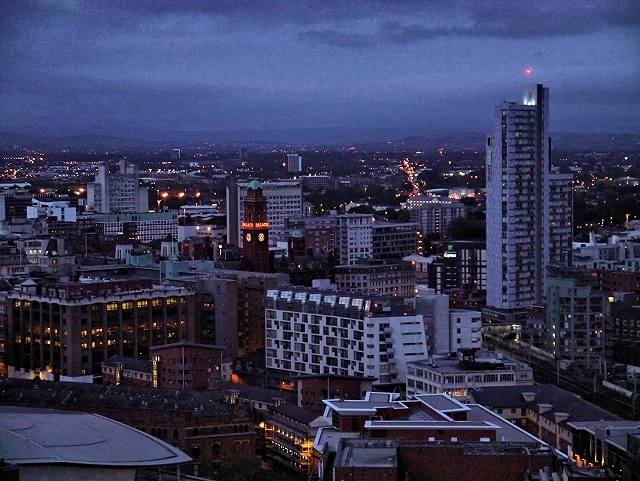 As the world’s first industrial city, Manchester is full of fascinating bridges, churches, and Victorian warehouses which together tell the story of its past. Its heritage is so vast that it would be impossible to cover everything. However, here are a few of the endless treasures that can be found.

Proof you do not have to venture far to find inspiring architecture, Fallowfield has a variety of building styles. Platt Fields Park, the site of many autumnal walks, contains the small Platt Chapel, Platt Hall, and the Holy Trinity Platt Church with its sky-piercing terracotta steeple. The other side of Wilmslow Road exhibits the main interest for fans of all things bold and brutalist: the Toast Rack. The former MMU student hall awaits redevelopment as flats. Its tapered concrete facade may be divisive, but its parabolic frame looping into the sky is a reminder of the space age utopianism of the mid-20th Century.

On Hathersage Road, just 15-minutes from campus lies Victoria Baths. The former swimming pool from 1906 is instantly recognisable with its striped brickwork and ornamental exterior. In 2008 it was restored and now acts as an arts venue. It now hosts an array of cultural events, from vintage fairs to creative workshops. Victoria Baths runs tours on a Wednesday (£7) for those interested in catching a glimpse of its beautiful tiled walls, mosaic floors and stained-glass windows.

Manchester City Centre is famous for its converted Victorian warehouses, brooding alleyways, and the Gothic John Rylands Library. A particular focal point in the centre is St Peter’s Square. The Square is home to the polished Midland Hotel, the Neo-classical Manchester Central Library, and the enormous Townhall – all of which sit side by side. The Central Library, open freely to the public, is a perfect off-campus spot to work. Although be wary of the enormous vaulted dome roof that amplifies the sound of any shuffling chair.

Directly West of the City Centre, you can find Castlefield – a waterside conservation area with large bridges and industrial warehouses. The glimmering glass skyscrapers of Beetham Tower and Deansgate Square loom over Bridgewater Canal. The imposition of modernity on Manchester’s heritage is a reminder that the city’s history is still unfolding.

Sandwiched between Deansgate and Arndale is St Ann’s Square and its sandstone church. Built in 1712, St Ann’s is one of Manchester’s few remaining pre-industrial buildings. It was funded by Lady Ann Bland, an unusually powerful patroness in her time. It suffered a direct hit from an incendiary bomb in The Blitz, and later had windows blown out by the 1996 IRA bombing, but remarkably survives.

Peveril of the Peak

This small pub between Great Bridgewater Street and Chepstow Street is nearly 200 years old. The Peveril is the last building standing from a demolished row of terraced houses – a glossy green-tiled island in a sea of red-brick. Not only is the Peveril a peek into Manchester’s past, but it’s also a good place to have a few pints.

Found in Cheetham Hill, Manchester’s Jewish Museum is a regionally unique example of Moorish-revival architecture. In 2021, the former Spanish and Portuguese synagogue reopened with a new extension. At night you can spot the Museum by its gorgeous glowing steel artwork. It is the only Jewish Museum in the UK outside of London.

This is merely a small selection of the huge variety of architecture that can be found in Manchester. The clash of old and new is a recurring theme around the city, one you can see played out on campus. In 1999, Manchester was listed as a potential candidate for UNESCO World Heritage status. But ultimately the Council chose a mixture of regeneration and preservation, giving the city its unique character. 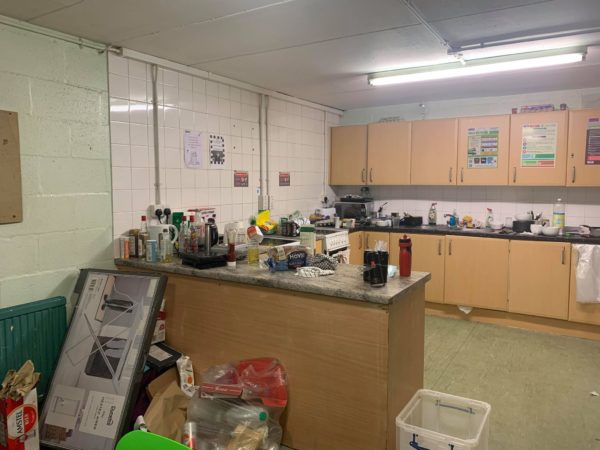