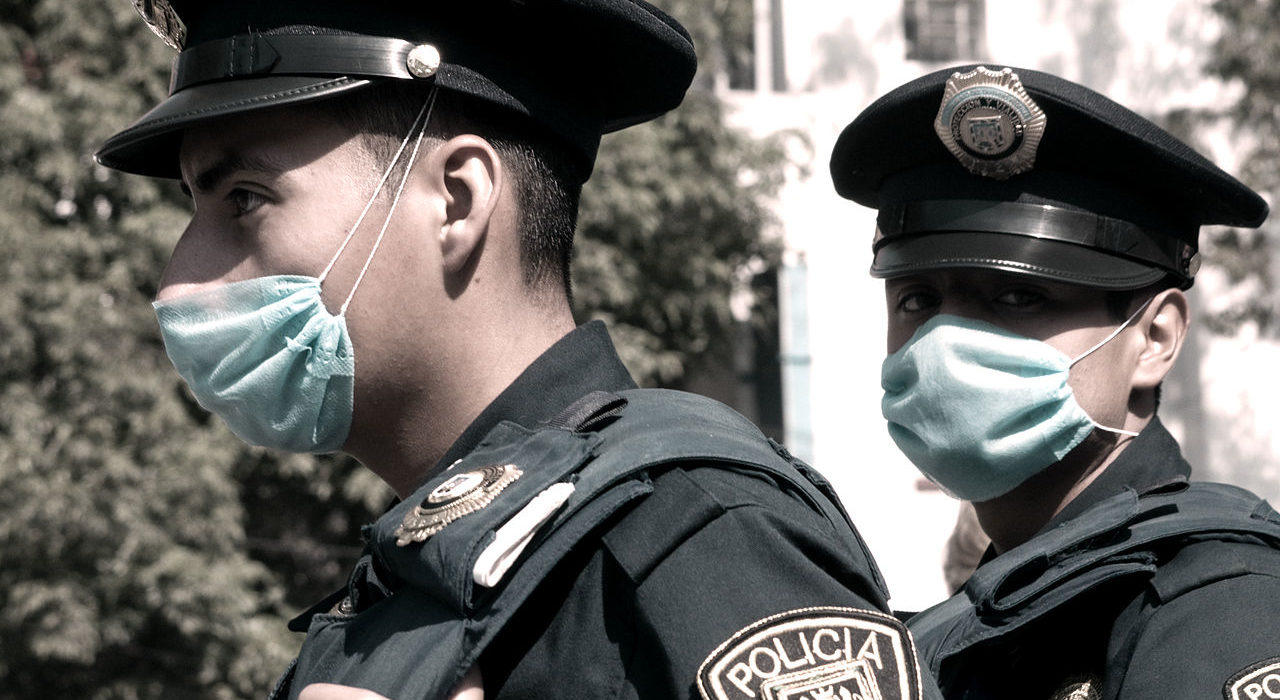 A Cop Movie, as suggested by its playful title, deconstructs established filmic norms. It is neither a polemical protest nor a traditional documentary. Much like its approach to the line between fact and fiction, it floats somewhere in between. However, whilst being radical in its style and presentation, it is ultimately a very inward story about the emotional experiences of two police officers, Teresa and Montoya.

Throughout the film, they narrate how they got into the force whilst we see them go about their day to day duties. How much we can extrapolate from their experiences, whether true or not, is entirely up for debate. For better or for worse, the film prefers to gesture to larger questions about the system and any potential change rather than tackle these ideas head on. The questions it asks certainly linger, but the self-reflexive style takes away from the weight of its politics.

Split up into four chapters, the film gives us an emotional window into each of these characters and the relationships they develop with one another. Through these small vignettes, much can be inferred about the wider state of the institution of the police in Mexico. In the opening scene, Teresa narrates an experience where she had to assist a woman in childbirth because there was simply no one else there to help; thus highlighting the scarcity of emergency services and healthcare facilities in Mexico.

The film also touches on the issue of corruption and small scale bribery in the force, showing how the system almost encourages officers onto this slippery slope. No matter how hard they try or how virtuous they may think they are, ultimately everybody becomes a cog in the machine. Despite this, the film never truly suggests a radical alternative. Everything seems doomed and the film appears as an almost desperate question of: “Where do we go from here?”.

Nevertheless, even if the film itself lacks concrete answers, it does appear to be moving the conversation to a less polemical dialogue since it is concerned with humanising the individuals whilst still highlighting their complicity in a failing system. This is an interesting perspective but at times also a frustrating one, brushing up against big ideas without ever fully exploring them. Problems such as healthcare, government funding, and issues surrounding race and penal sentences mainly exist as a background, some being neglected altogether.

Its genre-defying aesthetics and self-reflexive nature go hand in hand with its attempted deconstruction of the police. In one scene, the shrill of a siren almost sounds like a dying scream, begging for some form of rescue. Yet equally, the over-stylised scenes, complete with a jazz inflected score and self-referential editing, can detract from the film’s political edge. For example, there is a prolonged chase that whilst forwarding the relationship between the films two main characters, does very little to contribute to any wider debates around policing.

The film is mostly a conversation-starter, deliberately rough around the edges and reluctant to commit itself to any one notion of reality. At times, it even appears more concerned with subverting the audience than having a proper dialogue. Yet the style is still impressive and the final scene’s construction is captivating and almost justifies the films whole conceit entirely. The fourth-wall breaking is not necessarily about obfuscating difficult topics but handing the baton to the viewer to go out and enact change themselves. However, unlike after a protest film or a hard-hitting documentary, the viewer is not riled up to go and do so. The film’s strengths in its ambitious, unapologetic style, and empathetic inward narrative are also ultimately its shortcomings.

It is a fascinating film as it is not immediately evident why it doesn’t fully work, but even in the moment, you can tell something in the balance is off. Whilst still providing some valuable insight and thought-provoking vignettes, this latest addition to the slew of arthouse Netflix originals is unlikely to make a significant dent in the wider debates around Policing and institutional corruption.