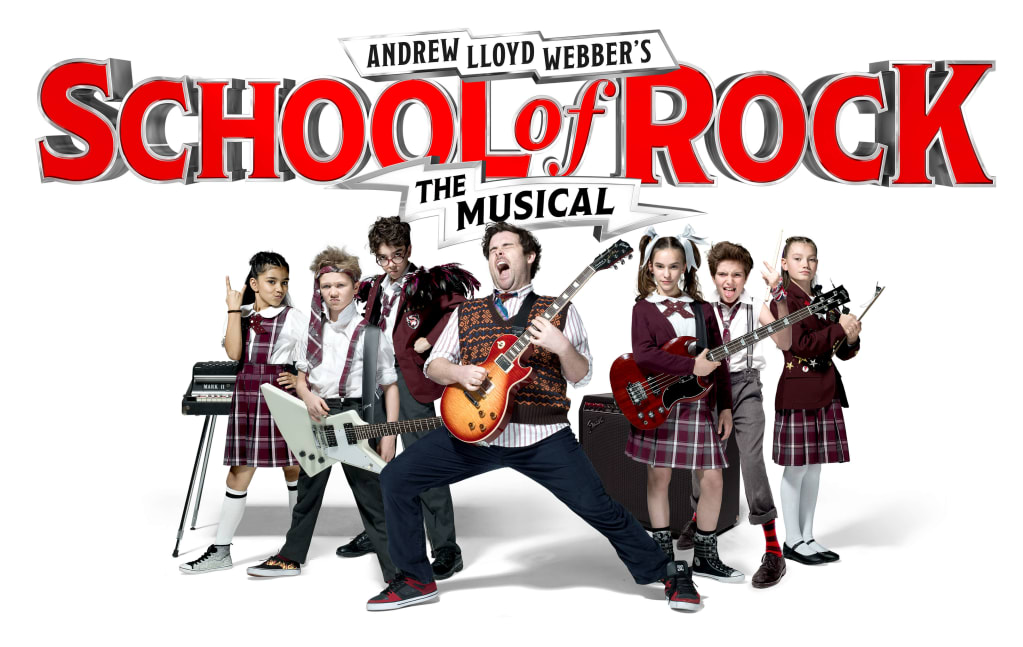 With the career options of school children fast dwindling thanks to waves after waves of COVID lockdowns, School of Rock brings in a timely intervention, a shot in the arm (pardon the pun) to provide them (and us) with some alternative career counselling at Manchester’s Palace Theatre.

Join the fantastic cast (including some insanely talented kids) as they make it their personal responsibility to channel their energy (and that of the audience) to put a hole in the ceiling and convince kids of a life beyond school. The show features all the originals from the film (which starred Jack Black) and 14 new songs from Andrew Lloyd Webber. Don’t be expecting anything like The Phantom of the Opera though. That said, Phantom‘s most notable song is, ironically, a rock song, so why not treat yourself to a whole evening of ALW rock?!

School of Rock opened on New York’s Broadway, found its way to London’s West End, and is now headed to meet an audience that can match its energy and enthusiasm, despite a year that put a dampener on the festive spirit. Lasting 2 and a half hours, this is your chance to start the year off with a bang, a pop, a riff, a sizzle and of course, some well-meaning career advice!

School of Rock plays at Manchester’s Palace Theatre from 4th-15th January. Book yourself a ticket today – but only if you’re ready to stick it to the man!

Written by aayushchadha and Jay Darcy