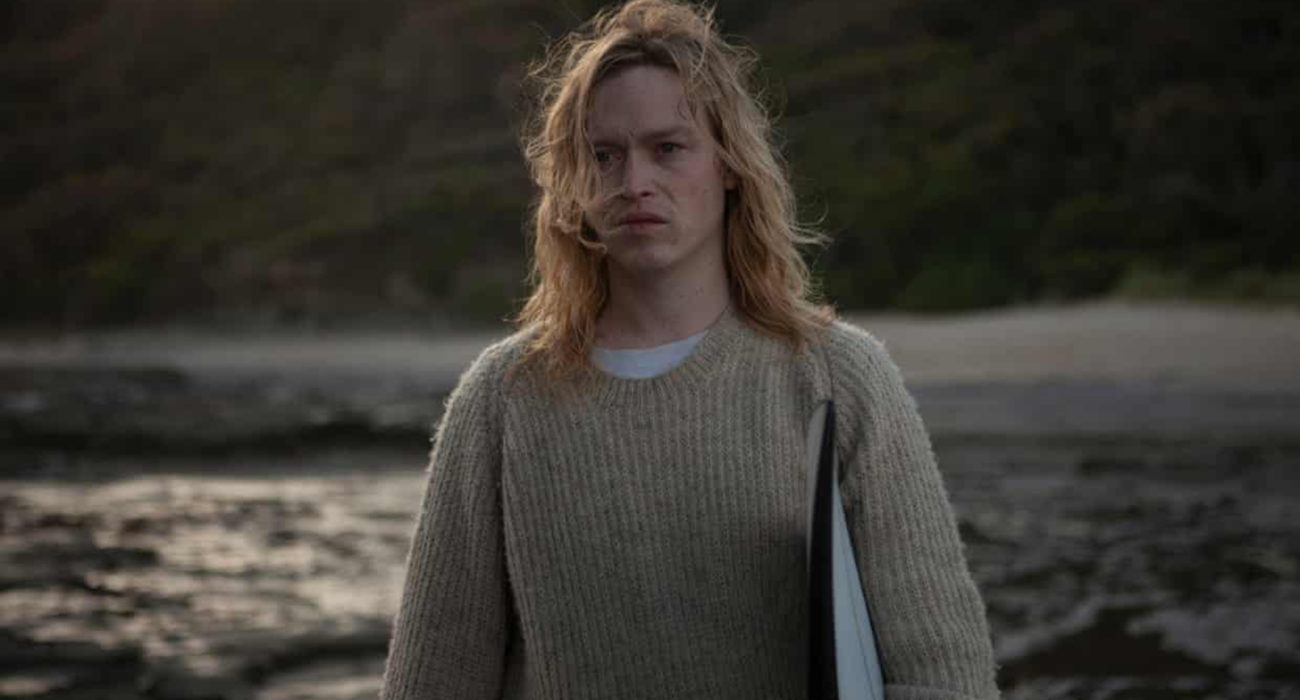 Crowned as the best Australian film of the year, Justin Kurzel’s Nitram is a gut-punching picture depicting one of the darkest moments in post-colonial Australia, attempting to deconstruct the events that preceded it. In April 1996 in Port Arthur, Tasmania, a lone gunman killed 35 people and injured 23 others in a shooting spree across the city, the worst massacre in the modern history of the country.

A man in his 20s, Nitram (Caleb Landry Jones), lives with his parents to whom he is a great burden. He is mentally disabled and requires constant attention from his family – his strict but loving mother (Judy Davis) and his reserved father (Anthony LaPaglia), who feel exhausted by the overwhelming responsibilities.

Nitram is unpredictable, and has been displaying sociopathic tendencies since his teenage years. In the film’s first scene, we see archival footage of young Nitram in a hospital bed. Having suffered burns after playing with firecrackers he is unable to learn from his own actions, subsequently stating his willingness to play with them again just because he finds it enjoyable.

Despite his mother’s great efforts to provide him with a place in the world and in the community, Nitram is mishandled by everyone else around him. Bullied and publicly humiliated, he feels lonely and misunderstood. Yet, he doesn’t give up. Trying to become useful to the society, he walks from door to door offering to cut the grass in people’s gardens.

And this is how he meets fellow loner Helen (Essie Davis), an older and affluent woman. A connection quickly develops between the two, and to the disbelief and frustration of Nitram’s parents, Helen offers the young man to move in with her.

Living in a huge mansion with a pack of dogs, Helen is a lonely and hardly stable. She owns a fortune, stemming from a national lottery fund, and has resources to fulfil every desire Nitram has. She takes him on a shopping spree, buys cars and promises him journeys across the world. It is not clear what the relationship is between Nitram and Helen, and whether it remains platonic or not. However, it’s undeniable that it plays a role in further disconnecting the man from society.

This fits in with the theme often explored in modern cinema, capturing immense juvenile anger, a social exclusion of frustrated young men who feel misunderstood and disrespected. Nitram bears many similarities to analogous films, whether it be true-crime feature films portraying the lives of murderers, or fiction films like Todd Phillips’ Joker. However, the film Nitram bears the most resemblance to is Gus Van Sant’s Cannes-winning Elephant. There is the same sense of disconnection from reality and the same coldness emanating from the screen.

The life led by Nitram, with the highly unbelievable episode of living with Helen, seems almost surreal. It’s mind-bending to think that the film doesn’t overdramatise or reinterpret the real life events, and every chapter of the man’s life happened mostly the way we observe it in the film. Just for the sake of this bizarre series of events, Nitram is an engaging film that deserves attention.

The Port Arthur massacre brought a rapid and drastic change in the gun control laws in Australia, as the guns used by the killer had been obtained legally. Understandably, Justin Kurzel tries to shape the story into a form of advocacy for strict gun laws. However, by doing that, you cannot help but think that he is oversimplifying the tragedy. After all, the system and the society failed at numerous stages of Nitram’s life; no one managed to properly evaluate him psychologically and uncover his sociopathic tendencies, and no one was able to create a place for him.

The factors that ultimately pushed Nitram over the edge are carefully established in the film, but by no means try to justify anything he did. Nitram opens a window into the mass murderer’s mind, showing him as an evil man who could have been properly taken care of. If only society had cared more.