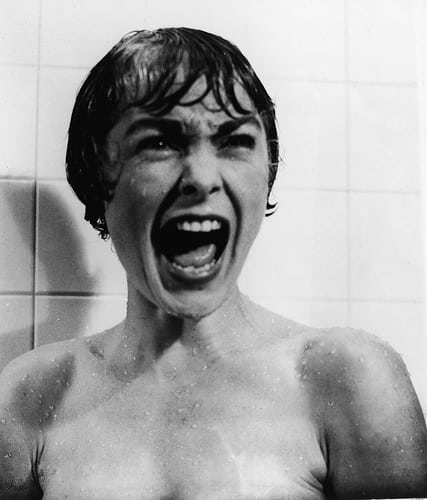 You would be hard pressed to find a worse reason to remake a film than Gus Van Sant did in his revival of the classic horror flick Psycho. Remakes generally find their way into cinemas on the back of huge film studios believing that there is potential in bringing the originals to a new generation. Inept scriptwriters and shoddy directors generate millions at the box office with the slightest effort, as seen with recent shambolic revivals such as Clash of the Titans.
Van Sant’s reasoning? Not to take the easy route and repackage something that would undoubtedly become a hit, but to take his love for Psycho and create a colourful re-imagining. Upon discovering his otherwise strong track record (Milk, Good Will Hunting) you would believe that the franchise was in safe hands, but his 1998 interpretation of Psycho is simply weaker in every way. The changes he did make leave you dumbfounded and wishing you were just watching the 1960 original.
The modern cast give very different performances to those seen in the original. Anne Heche’s portrayal of Marion Crane is weak, with the sympathy you originally felt for her, nowhere to be found. Heche creates a very unlikeable character, so much so that her demise in the infamous “shower scene” is a moment of relief. Bizarrely, cast opposite her is Vince Vaughn, who portrays Norman Bates, the psychotic proprietor of the Bates Motel. Vaughn’s performance is to be admired, but his efforts confuse insanity with hilarity. In the final thrilling scene, as Bates is revealed to be “Mother”, the combination of a tattered blonde wig and a manic glint in Vaughn’s eye destroy any reputation that this remake could once hold.
The actual edits to the film are unnecessary and distracting, with the majority of them unfortunately stemming from crucial moments of the film. The “shower scene” is littered with these: the moments before the murderer strikes are needlessly extended. Additional shots of the victim and the knife are added, which utterly butcher the minimal approach of the original masterpiece. Surreal dream images that bear no relation to the murder scenes they are spliced with leave the viewer questioning why the original masterpiece was ever tampered with.
Psycho’s success as a groundbreaking horror piece, and also the reason for the failure of the remake, is dependent on context. Hitchcock worked to shroud the film in mystery, revealing little of the plot and forcing audiences to arrive for the film on time. These audiences were genuinely shocked by what they saw: a “red herring” plot and shocking murders that created a novel cinema experience. Today, the modern update of Psycho is lost in a sea of supernatural horrors and “slasher“ flicks, but we can take refuge in the fact that Hitchcock’s original work will continue to show the new kids on the block how it’s truly done.