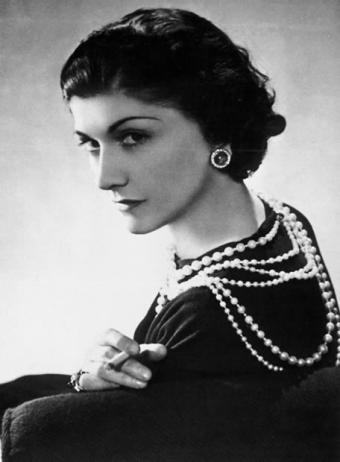 Controversial behaviours have long been synonymous with the creative industries. The music, film and fashion worlds have enjoyed a lasting affinity with activities that have outraged and appalled the general public, whilst simultaneously cementing the other worldly allure of the decadent and debauched.

And whilst this behaviour is expected, certainly, rarely is it entirely accepted. In recent years, a slew of prominent fashion figures being exposed as all too less than perfect has revealed the extent to which an individual’s career and legacy can be blemished. From an exalted position as an icon, to shunned and disgraced, the fashion carousel has witnessed its fair share of falls from grace. Is it, however, fair to allow non- ideal behaviour in an individual’s private life to seep into and tarnish the professional?

Take, for example, the ‘Cocaine Kate’ scandal of 2005. When The Mirror obtained footage of Miss Moss chopping up and consuming numerous lines of coke, they deplored her behaviour and Kate went on to lose a number of high profile campaigns in the aftermath. Certainly, dabbling in the world of Class A narcotics when you are the mother of a dependant young child is morally dubious behaviour, and a terrible precedent to set as a primary role model in an infant’s life. But did anyone truly suppose that the then girlfriend of notorious substance abuser Pete Docherty was livin’ la vida sober? The world of modelling has long been associated with the consumption of illegal drugs, and for a seasoned hack at a publication such as The Mirror to bleat that Kate was setting a poor example to legions of young girls is ridiculous- a fashion model is not, by default, a role model to all exposed to her. Whilst Kate is answerable to her daughter for her past behaviours, it doesn’t seem correct to use this instance as an impingement against her iconic status.

Should, however, allegations of an even more unsavoury nature have any bearing on how we view the status of a deceased icon, with no means through which to redeem themselves? A new book detailing Coco Chanel’s relationship with a senior intelligence officer in the Nazi Regime (‘Sleeping with the Enemy: Coco Chanel, Nazi Agent’ by Hal Vaughan) sheds more light on the speculation that one of history’s most esteemed figures in fashion was a fierce anti- Semitic. That the late Chanel’s status will ever be called into dispute is highly doubtful- she is far too firmly cemented and celebrated for that to be the case. But for many, the association of the House of Chanel with the atrocities committed earlier in the century will tarnish the image of one of the century’s most revolutionary designers.

In a similar vein, the infamous British born designer John Galliano was notoriously caught spewing a racist verbal tirade which was captured on video and obtained by The Sun. Having been recently brought to trial, found guilty and given a suspended sentence by an outraged French feudal system, his publicist has claimed that he is working on alcohol and substance addiction problems and hopes to defeat these to come to a place of ‘understanding’.  In the ensuing fracas following the release of the footage, Galliano was sacked from his position as Head of Design at Dior and openly shunned by various influential media personalities.

The racist views and acts of Chanel and Galliano most definitely warrant punishment via the legal system, which only one of them is alive to have handed down to them. But whilst, they both evidently possess some extremely harmful, offensive and outright ‘bad’ opinions, the facet of their person which comprises their talent and achievement can be compartmentalised and assessed outside of this. For fashion to qualify every achievement recorded by the late Coco Chanel, or for the industry to forfeit the talent of Galliano, would be a terrible negation of a pair of visionaries.