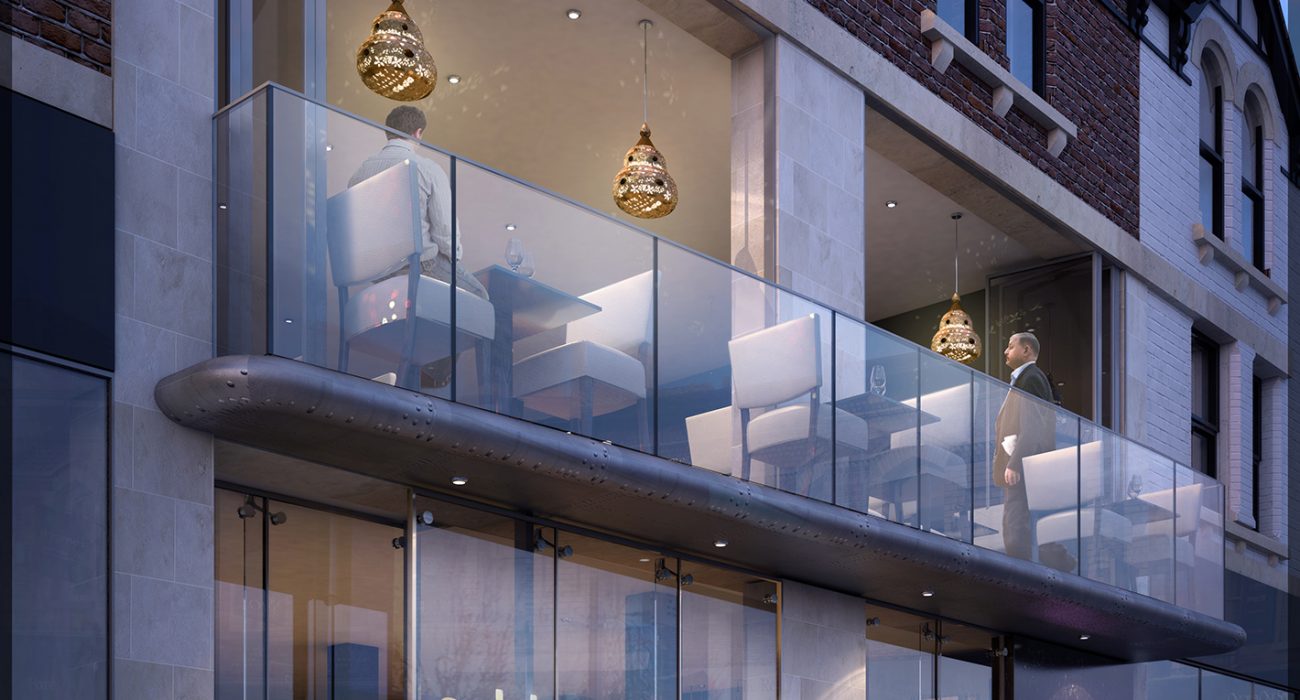 The £1m restaurant will offer valet parking and corporate transport

A former Manchester Metropolitan student is opening a £1 million restaurant on the Curry Mile, hoping to attract new people to the area.

The restaurant, called Malai, will seat 120 diners over two floors and offer valet parking as well as business club deals to transport corporate customers between the restaurant and Manchester city centre.

Jaf Siddiqi, now 30, spoke about his time studying at MMU: “I didn’t have a specific career path in mind, which is why I stuck with Business Studies and kept things general.

“While I was studying I was funding my way by working in bars and restaurants, and that’s how I got involved in this industry.

“I think with regards to business management, business strategy and accounting, Business Studies really helped me moving forwards. But the greatest thing was the experience that I got through actually working during the last 12 years.”

He said that he hoped that his restaurant would improve the current state of the Curry Mile: “I remember as a kid going there and it was always exciting. It’s always had that sort of electric atmosphere.

“Unfortunately now there’s an increasing number of takeaways and shisha bars, which is really detrimental to the restaurant industry.

“In the restaurants and the takeaways that are there, the quality of food in my opinion in so bad, it’s not authentic.

“Since we’ve gone on site there and the project was publicised, a number of adjacent outlets have put some significant investment back into their businesses as well. It seems to be going in the right direction.”

Shabir Mughal, chairman of the Rusholme Traders Association, which represents restaurants on Curry Mile, said: “When we heard about and looked into his proposal, it seemed good for the other businesses because he would be attracting some new clientele to the area.

“It’s going to be a very high-end, posh restaurant, so it will be corporate people and celebrities.”

But Mr Siddiqi said that he is “not pitching out to celebrities”, instead focusing on attracting “business clientele who don’t currently visit the Curry Mile”.

Mr Mughal continued: “We’re totally behind him because if he hadn’t come then some shisha bar could have taken over.

“We’d much rather have him than the shisha bars and he’ll bring some new spark into the area.”

There are currently only 12 sit-down restaurants left on the Curry Mile; half the number there were three years ago. Many have been replaced by shisha bars, which now number 28.

An NHS campaign was launched last week with Manchester City Council to highlight the dangers of smoking shisha and the laws concerning it.

One shisha bar was recently fined over £2,000 for allowing people to smoke inside the café area during five separate inspections by police officers, council inspectors and HM Revenue and Customs staff.