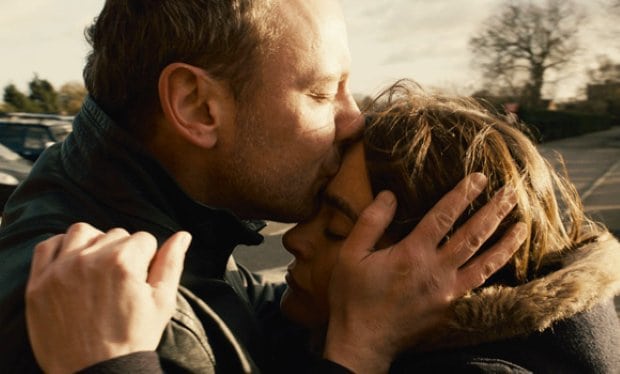 The film Everyday has been described as an ‘almost unbearably moving film’ and according to The Evening Standard, ‘it deserves the big screen’. I therefore think it sounds like an understated accomplishment, only screening at The Cornerhouse for a week and definitely an opportunity of which to take full advantage. Many may recognise the film as a recent TV drama starring Shirley Henderson and John Simm – a married couple with four children (all siblings in reality) and their life over five years while the father, Ian (Simm), serves a jail sentence.

Directed by Michael Winterbottom, the film is reminiscent of Ken Loach’s gritty realism with the incorporation of real prisoners and wardens in the prison scenes and the bleak-winter Norfolk landscape as a backdrop. Even more realistically, Winterbottom has chosen to actually film over the story’s five years. Consequently, the children will genuinely age instead of a selection of very different looking, much older children suddenly appearing as time passes. These children also apparently impact this film more than the acclaimed actors, giving the film a poignant emotion and focus on the family’s survival over the period. No particular event is depicted and time change is not defined. This subtlety is key to Winterbottom’s directorial style as his films are snap-shots of life, creating immense emotional impact.

Winterbottom makes beautiful films. The prospect of an ‘unbearably moving film’ is incredibly enticing. Everyday is therefore full to the brim with promise and is definitely worth a trip to The Cornerhouse.

Everyday is out at The Cornerhouse on Sunday 17th February.