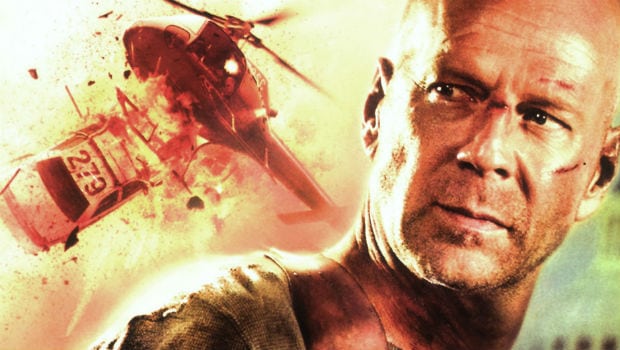 The Die Hard franchise continues this year with Die Hard 5

It is testament to the startling lack of originality within Hollywood movie studios that few are surprised to see the Star Wars franchise resurrected. More than 35 years after the original came out Disney, who recently acquired LucasFilms, are planning to make another three films with the original cast e.g. Harrison Ford, Mark Hamill etc. Is this what audiences want, or is it purely a calculated decision by some accountants to churn out some more revenue from the brand name?

Sadly there have been many instances of this shameless marketing ploy of luring audiences in with the promise of a return to former glories, and then selling them short. Indiana Jones and the Kingdom of the Crystal Skull is a prime example. 20 years after the last (and what should have been final) instalment of the Indiana Jones story, this abomination of a sequel was made, mainly at the behest of producer and co-writer, George Lucas. Due to his inability to do anything original he decided to give us another glimpse of the whip cracking archaeologist, with dire consequences. Aside from the completely incomprehensible story line and budget special effects the film was riddled with cringe inducing performances from the likes of Shia LeBeouf and Cate Blanchett. The director Steven Spielberg even admitted later that the movie shouldn’t have been made. However, the movie made three quarters of a billion dollars around the world in box office revenue and there has been talk of an Indiana Jones 5.

Clearly then the numbers add up, making the quality of the movie secondary. The failure of the 2012 movie John Carter shows us the flip side of that coin, a big blockbuster movie without an established brand name meant audiences weren’t as easily suckered in when it was discovered to be a terrible movie.

This trend of resurrecting franchises that were hugely successful in previous decades has grown in the last ten years. The recent release of A Good Day to Die Hard, the fifth installment of the Die Hard franchise, sees an ageing Bruce Willis wheeled out to save the world again – even after the relatively poor fourth chapter Die Hard 4.0 (2007). More than 20 years after the original (and best) Die Hard the story development has been painfully uninspired, as the sequels have seen John McClane employing his brand of all-American justice upon the bad guys in increasingly vast settings, graduating from a single building in the first to the entire nation of Russia in the latest.Die Hard 5 will inevitably make money regardless of how good it is and there is already talk by the studio producers of a sixth incarnation.

Some might argue that these movies aren’t hurting anyone, in fact quite the opposite, since they make money they must be entertaining people right? Due to diminishing expectations by movie going patrons of what a blockbuster movie has to offer, people pay their money to watch trash like Transformers or Pirates of the Caribbean purely because there is little else on offer at multiplexes. Big brainless studio productions dominate the box office market but aren’t made to stand up to repeat viewing, making them an equation designed to line the pockets of studio executives.  Think of the money that could have been spent on nurturing talent, producing original films by exciting writers and directors, and making a mark in the history of cinema instead of rebooting franchises with such films as Rambo (2008) Rocky Balboa (2006) or Terminator Salvation. Sadly audience satisfaction isn’t the main concern of Hollywood studios but rather their exploitation.