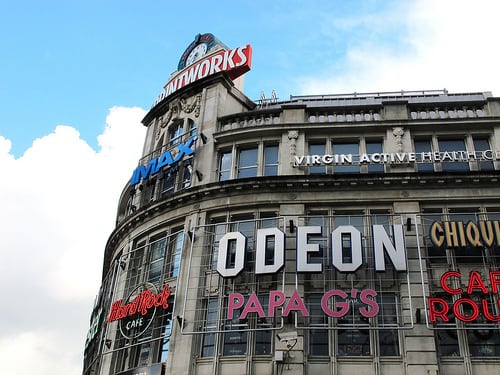 As a Fresher coming to Manchester, you’ll have heard all about its incredible nightlife – from Warehouse Project to Font and everything in between. But what about during the day? What about the long stretch of months that you can distantly see beyond the hazy fog of Freshers Week? Whether you’re a film fan or simply have an hour to kill before that inconveniently placed 4pm lecture, Manchester’s film scene is growing at an exciting rate, and you’ll find that there’s quite a lot here to get involved with!

Manchester has three major cinemas dotted around its centre. The Manchester Printworks Odeon is the most central and was host to a variety of film events last year from the “Twiathlon” (don’t knock it til you’ve tried it!) to the very first Greater Manchester Film Festival. For a change of scene, head to the Cineworld in East Didsbury or the AMC cinema in Deansgate for cheap tickets and good Orange Wednesday deals.

Cinema snobs, film buffs or those wanting a more intimate affair, look no further than the Cornerhouse. With a cinema schedule that carefully picks out the crème de la crème of each month’s cinema crop; encompassing the best of major, indie and foreign film releases; put the Cornerhouse on your list of things to do in Manchester for a relaxed, cultural and civilized night out.

Look out for film screenings hosted here at uni. Film Society shows regular screenings of old favourites, whilst a thought-provoking and engaging experience can be found through Open Media Society. Screening documentary films to broaden our understanding of major cultural issues within and outside of the mainstream media, Open Media’s aim is to get people engaging with film’s ability to open our eyes and bring the hard-hitting facts home. Find them at the Welcome Fair on 17-18th September, or head to their first screening of The Spirit of ‘45 on 26th September. A similar experience outside of the University environment can be found through the docu-film screenings hosted by Manchester Film Coop.

Do you know why Cannes Film Festival is in May? As it’s the rainiest time of the year there, Cannes Festival organizers believe this is the best time to lure crowds off the beach and into the cinema. With this logic in mind and with not one beach in sight, it’s no wonder that more festivals are cropping up in Manchester each year! Last October we welcomed the first Greater Manchester Film Festival – a weekend full of screenings, workshops and interviews all in aid of promoting Manchester as a centre for filmmaking talent. We also played host to the Jewish and Insight Film Festivals – both more thought-provoking experiences from spiritual and religious levels. The Cornerhouse is also home to a major event on Manchester’s Cinematic calendar – the iViva! Film Festival – celebrating the latest releases and talent within Spanish and Latin American Cinema.

Whether you’re the next Christopher Nolan, a budding Mark Kermode, or someone who just wants to learn how-to, Manchester can cater for you all! Get on Facebook and search for Video Jam’s Facebook page. An independent organization that seeks to showcase good quality local talent, send in your short silent film to these guys and they pair it up with a local musician to compose its soundtrack. Once the soundtrack is composed, simply attend the Video Jam event to see and hear the end result complete with live performances of the never-heard-before soundtracks from the participating musicians. An exciting and rewarding experience for those who take part and a chilled-out, enjoyable evening for those who just want to have a drink and discover new talent in the process.

For a more hardcore filmmaking experience, get involved with Filmonik. Spontaneous, energetic and great fun – go along prepared to offer yourself up as anything from director to actor, cameraman to sound crew!

SO, WHAT ARE YOU WAITING FOR?!

This is only a select sample of what Manchester has to offer, so next time you find yourself with nothing to do on a weekday night swap vodka shots for popcorn, clubs for clapper boards and false eyelashes for 3D glasses and start your cinematic journey through Manchester!

To find out more about any of the cinemas, societies or organizations mentioned in this article, get on Google or follow our Twitter and Facebook pages.