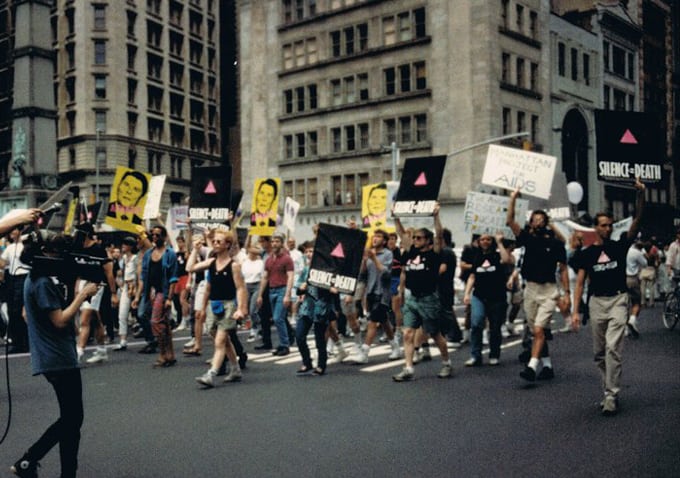 Cornerhouse Pick of the Week: How to Survive a Plague

If you’re interested in the upcoming drama Dallas Buyers Club, which sees Matthew McConaughey as an AIDS suffering activist, How to Survive a Plague is the perfect companion piece. Howard France’s decade spanning retrospect on the ACT-UP AIDS movement got a best documentary Oscar nod last year, and by combining ‘talking head’ style exposition with the activist group’s amazing raw footage, he has created an extremely informative and inspiring feature.

In 1987, hospitals in Manhattan’s East village were taking pneumonia stricken, blister covered AIDS victims and turning them into the street. There was nothing anybody could do; there were no known treatments, nobody even knew how it was contracted and worst of all, the immune disorder was surrounded by an inescapable, homophobic stigma.  Largely due to the efforts of a group of New York based AIDS activists, a drug called AZT became widely available as the first line of defence against their deadly, invisible foe. Unfortunately, AZT was purely a stopgap; meds cost around $10,000 a year, it was heavily toxic for the users’ organs and it did not cure the symptoms, it merely abated them.  How to Survive a Plague tracks the relentless efforts of people like Peter Staley, Ann Northrop and Larry Kramer, who started the ACT-UP movement to promote awareness about the ever growing AIDS epidemic.

Discrimination, internal divisions and tragic death were just some of the many obstacles faced by the ACT-UP movement as it campaigned for more effective treatments of AIDS. Almost all the people you meet in the documentary are HIV positive, and fully aware that their lives may be cut short due to the apathy and ignorance of the ‘men in charge’. Knowing that they had but little time, this afflicted majority banded together in a most remarkable way. The fact that ACT-UP members never resorted to violence to achieve their means is highly commendable, even keeping their cool when dealing with the corporate faces and policy makers that were actively preventing breakthroughs in AIDS  medication. Rather than conflict, ACT-UP leaders gave impassioned speeches and carried out headline-grabbing hijinks. In response to homophobic Senator Jesse Helms’ disparagement of AIDS prevention (he labelled sufferers as ‘obscene’ sodomites), ACT-UP slipped a 35 foot tall condom over his house. Activism will never be that cool again.

Over time, the emaciation and declining health of the central campaigners becomes quite upsetting, and sadly some don’t make it to see the AIDS advancements of the mid -90s. How to Survive a Plague eradicates the ideology of ‘sodomy’ as an evil that causes AIDS; men, women, homosexuals, heterosexuals – all can be affected. This documentary makes a powerful statement, reminding you that AIDS isn’t a ‘gay thing’, it’s a human thing.