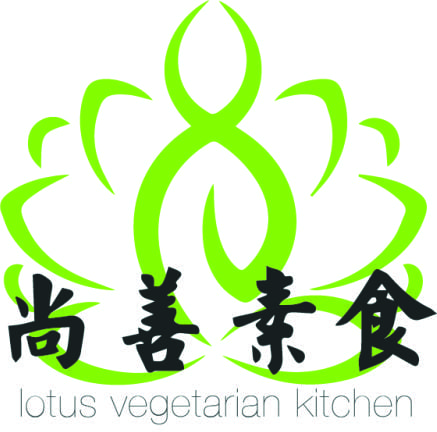 When you peer into the window of Lotus Vegetarian Kitchen you might not be compelled to enter; its décor seems somewhat lacklustre, with its pale yellow walls and non-atmospheric bright lights. But do not be fooled by looks, otherwise more fool you! For inside its four walls lies that that all Mancunian vegetarians and vegans seek: genuinely delicious food that doesn’t need meat to make you feel alive.

We opted for a starter of Grilled Veggie Dumplings, which were frankly the most delicious dumplings to ever meet Gina’s tongue. A decision that won’t be regretted, we were served with four parcels of veg heaven. Despite being fried, a departure from the normal choice of the steamed variant, the thick crisp exterior and crunchy texture was perfection (sorry steamy, you’ve definitely been replaced, no longer filling the dumpling void in Gina’s heart). One bite into these babies and the folded blankets reveal an array of fresh veg that spring out to say hello, bursting with full flavours that will delight the senses. The slightly tangy vinegar dip adds to this eclectic tongue-party of tastes and textures, resulting in a dish to be savoured.

Alongside the dumplings was a dish we’d never come across before, Spicy Tofu with Caramel. Recommended as the Chef’s special, this starter was different enough to make us think we’d temporarily been transported to China. The chewy cubes of tofu were bathed in a salty-sweet caramel sauce that made it almost a pudding, but not quite. The verdict is out on this one; we felt it perhaps missed the mark in taste, but then again this is coming from two ladies whose palettes are not accustomed to the wonders of genuine Chinese cuisine.

The (very healthy) main of Fresh Ginger with Broccoli was served up in plentiful supply, on a plate that appeared to be a microcosm of the South American rainforest. Despite a good hefty portion of miniature trees, this dish was never going to be the most stimulating. However, what the broc lost in excitement, it definitely gained in refreshing and palate-cleansing points. The dish was a step up from the average steamed kind, since the greens were smoother and slightly ‘oiled up’. The sliced ginger complemented the subtle green flavours with a much-welcomed zesty kick.

The Salt and Pepper Crispy Chilli Tofu was also a great success. Delicate cubes of tofu, bristling with taste and spongy bite, mingled with spicy slices of red chilli and green pepper. This dry dish complemented the broccoli well, providing that umami flavour expected of a great Chinese restaurant as well as the fullness of a meat dish.

The pièce de résistance in Kate’s opinion was the Stir Fried Mixed Rice with Ginger. Though just a side dish, it had the most wonderful flavour and could have been enjoyed as a meal in itself if the portion was larger. The rice was fragrant, delicate and moist with a subtle kick provided by the ginger. Rice is easy to do well but it’s rarely memorable. Nom.

A pleasant surprise to the meal was the unsuspecting Honey Chrysanthemum Tea. It was a beautiful brew presented with mini flowers bobbing atop a sea of smooth, honey waves—nothing less than a beverage work of art. The taste was thick, musky and a silky slide to the soul. Warming and nourishing, this is definitely the herbal brew to be cradled on a windy Manchester night. It should be noted that there’s no Asahi to be seen; it’s BYOB with a small fee for bottle opening.

All in all, Lotus Vegetarian Kitchen is a delight and should be high on the list of all food lovers in Manchester, not just those who avoid meat. Watch this space for more vegetarian/vegan reviews from Gina and Kate, who are attempting to eat their way through all the meat-free restaurants Manchester has to offer before they graduate.