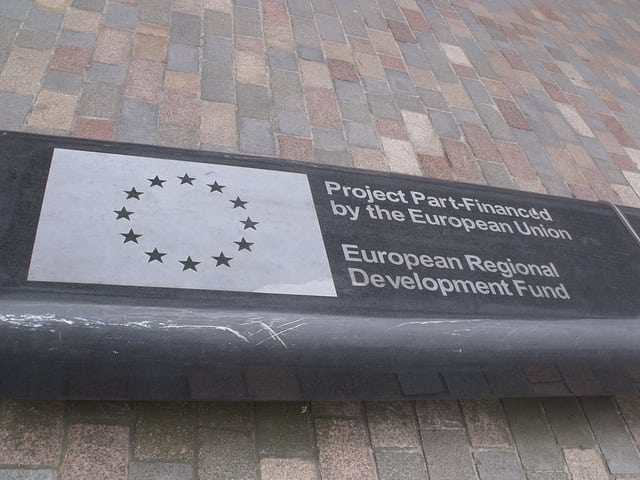 Many arguments have been put forward for leaving the EU, from both the left and the right (and everything in between) and these include: It’s undemocratic, unaccountable, beholden only to itself. It’s an expansionist super-state, intent on robbing us of our national sovereignty. It’s a glorified corporate racket, which exists only to serve the needs of enormous, multinational corporations. It’s an unwieldy behemoth, incapable of adapting to a rapidly changing and destabilising world. It’s a vast, expensive, bureaucratic nightmare, which wants to stifle business with red tape and regulate the curvature of our bananas.

There is of course some grain of truth to most of these arguments. In some cases, there is a whole bucket load of truth to them. The democratic deficit of some of the EU’s power structures, particularly the Commission, is clear to see. We all played witness to the will of the Greek people being shamelessly subverted by the cult of austerity that has gripped the EU at the highest levels. Its secretive negotiations to set up the anti-democratic TTIP are deeply disturbing. Its common policies in agriculture and fisheries have had some disastrous consequences. We could debate these all day.

But I say to everyone making these (perfectly reasonable) arguments: so what?

In 1940, after the evacuation of Dunkirk, Britain stood alone against Nazi Germany. We didn’t surrender then. We kept on fighting even when all the odds were stacked against us, and we carried on till the whole world was on our side and together we defeated perhaps the most evil power the world has ever known.

The EU (nor any country in it), of course, is not Nazi Germany. Far from it. Which makes walking away from it now seem all the more gutless. If we can triumph in the face of an adversity like Nazi Germany, can we not deal with the comparatively miniscule problems of the EU? Churchill wouldn’t have voted to give up and leave and neither should we.

Many would argue that we’ve tried to fight the problems of the EU, and all we got was Cameron’s pathetic so-called ‘reforms’. In other words, we failed. But when you set the bar for reform as low as he did, and, importantly, set yourself a ludicrously short timescale in which to obtain them before you put them to a referendum, failure was the only plausible outcome.

A future government (certainly not this one) can and should aim for far more fundamental, wide-reaching reforms. They will take much longer, and won’t be easy, but we’ll never know if we don’t try (I mean properly try, Cameron). The appetite for them is certainly there among the population of Europe.

And just why is it so important that we stay and continue this struggle for change? Well, to Britain, the EU has never been seen as much more than a glorified trade deal. But to the rest of its member states, it has been by far one of the greatest forces for peace and stability and economic development since the Second World War. A great unifier of a continent that has frequently been at war with itself.

But now it stands at a precipice. A lethal cocktail of economic woes, sovereign debt, terrorism and the refugee crisis have left the continent weak, divided and fragile, fuelling the rise of the far right. All across Europe, the enemy is at the gates. In countries such as Hungary and Poland, the enemy has already broken down the gates and become the main party of government (and are now hastily re-erecting the gates to keep others from doing the same). Do we run away and let people such as these determine the direction of Europe?

Half the EU member-states know they could easily lose in-out referendums were they to be held today. Britain leaving could be the spark that starts the fire that burns the whole trembling structure to the ground. A divided Europe is exactly what external foes such as ISIS and Putin would love to see. Which is exactly why we mustn’t give it to them. Just as in 1940, the fate of the whole of Europe may be in the hands of the British.

Part of the problem with Britain’s relationship with the EU is that we have always been passengers to the project. But we should aspire to be leaders. We can remake it into something better: more democratic, more open, more fair—but not if we vote to leave.

Don’t surrender Britain. Don’t give up the fight.