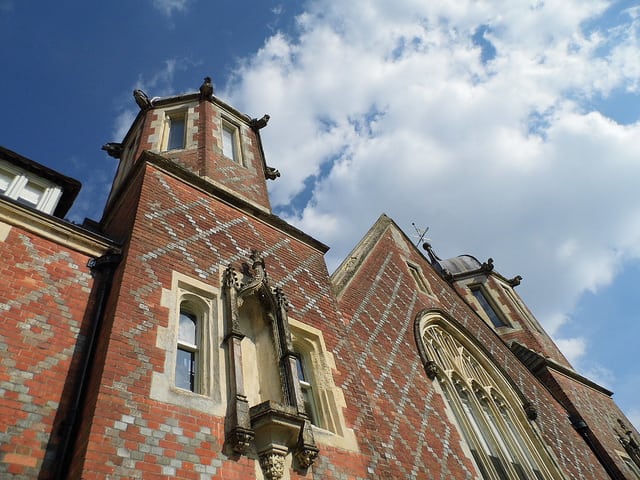 I could not have been happier when I listened to the Prime Minister’s first major speech on domestic policy, in which she outlined that she was committed to see the return of grammar schools. More specifically, allowing existing schools to select students academically and to allow new grammar schools to be set up where there is demand.

Since the 1998 Education Act was enacted under the previous Labour government, the expansion and set-up of new grammar schools have been banned, in the pursuit of the ideal that children in this country should receive equal education. Politicians have been more concerned about their own political ideals than providing an education suited to the individual needs and talents of children.

Sir Michael Wilshaw, the outgoing Ofsted chief has said that, “[comprehensive education] works, one size does not have to fit all—if schools have great leadership it can work.” Emphasis must be placed on the conditional. It is the case that in many schools around the country, particularly in deprived areas, there is a lack of leadership. Or, where there is supposedly ‘great leadership’, it simply means a new head teacher stepping in and an increase of the school’s pass rate.

But the percentage of students passing five GCSEs is not to the benefit of higher-achieving students. Many students are held behind and not given the attention they deserve. Nor are they pushed to their full potential—five pass grades for these pupils is simply not enough. Few state schools have the resources or the time to focus on those at the top. Instead, they place their efforts on C/D borderline students. Particularly for schools under the eye of Ofsted, these students matter. Those at the top are being failed. Those on the bottom are simply written off for not being able to achieve those coveted C grades.

In addition to supporting grammar schools, I support furthering vocational pathways at specialised institutes for academically lower-achievers. It is disgraceful of those on the left to suggest that if one does not get into a grammar school, then they will not receive a good education. An academic education is not a good education for those whose potential may lie elsewhere. Mrs May needs to make it clear that she is also offering opportunities to these students. She must direct more funding towards apprenticeships, as well as UTCs (University Technical Colleges) that aim to ensure students can apply their knowledge within the workplace. UTCs are an excellent example of the free school system developing students’ technical skills.

Toby Young, unfortunately, has been extremely vocal on the subject of grammar schools. He set up the West London Free School, whereby schools are state-funded but privately run. They are still, however, subject to state-ruled admissions criteria and thus are unable to be academically selective. One of the benefits of the Free School system was to increase choice in the state sector. That is, unless you want your academic child to be educated with other bright students.

In yet another show of his true hypocritical colours in The Spectator, he had the audacity to say that their possible introduction will harm his own free school. If he were devoted to the principles underlying free schools, he would welcome them. Instead, he recommends the idea that governments should “only allow schools to introduce partial selection if they admit more than the local percentage of children on Free School Meals”. This is very similar to quota-based admission criteria. This does not address the real root of the problem: Those living in deprived areas do not have access to good schools in the first place.

It poses concern that the shadow Education Secretary, Angela Rayner, asserts that the reintroduction will “guarantee to reduce the life changes of millions of children” without providing any further evidence to explain her position. She merely says that the policy “flies in the face of all evidence.” Yet, the evidence lies before our very eyes. In modern-day UK, one’s life chances are decided by their family’s socio-economic background. This is the real injustice.

Ms Rayner has also commented that, under a grammar school system, children’s life chances are decided at 11 by a simple test. However, this is an argument against the method, rather than the principle, of academic selection. Measures could be brought in whereby a child’s overall progress during primary school is looked at. There could also be multiple entry points post-11, thus rendering her argument completely redundant—much like the position of the Labour Party itself.

We desperately need to offer an education equivalent (or better) to that of a standard private school for all those with the potential to achieve highly irrespective of their background. Mrs May emphasised that she intends for grammar schools to open where there is demand. But with limited finances for the opening of new schools, I fear that extensions to current grammar schools will be prioritised.

I am also sceptical as to whether any will be opened in deprived areas. These areas are typically Labour constituencies that will do everything in their power to prevent a grammar school opening in their areas. Jeremy Corbyn was prepared to end his second marriage based on his opposition towards grammar schools. Although plans are incomplete so far, Mrs May’s plans to reintroduce grammar schools offer much hope.