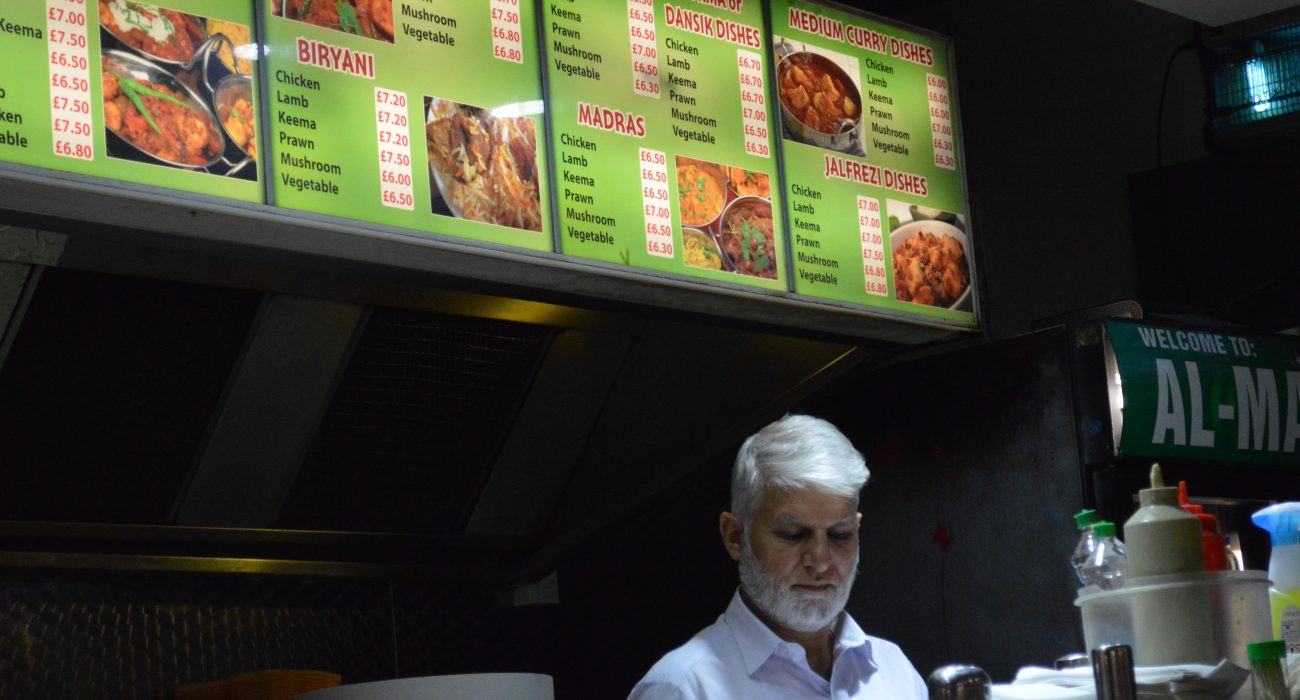 Al-Madina – The legend that stood firm

It is 3:30 am, I am sat in the passenger seat of some sort of hybrid. I figure this is probably the last chance I will get to salvage something of worth out of my first and last evening at Sankeys. With my friends chattering in the back, I strike up a conversation with the driver, beginning with the formalities, ‘How are you? Do you enjoy your job? Do you have kids?’, before launching in with the questions I really wanted to ask: ‘Where are you from?’ and ‘Where do you eat on the curry mile?’—Pakistan and Al-Madina were the respective replies.

From that moment on it became almost mythical, a place where all the cab drivers retired to at the end of their shifts to sit down to the ‘staff curry’, a curry so good that it was named after the people who cooked it, rather than the place it was made—I had to go.

Having spent weeks raving about that fateful cab ride, embellishing at every given turn, and wondering how I had got my hands on a secret so valuable, I probably should have made my first visit on my own. Anticlimax can be a cruel mistress, if it can be called a mistress at all. But alas, some good friends were up from Whitechapel, home of Lahore Kebab House and Tayyabs, so I thought I would take them to Al-Madina see how it compared to the greats of East London.

The frontage of Al-Madina is probably just as promising as a night out at Sankeys; neatly nestled between Kobeda Place and Antalya Cafe on the Wilmslow Road, it is green and white lettering, strange pictures of food, and dark interior would be more likely to turn one away than entice.

The four of us trundled in at 10pm, on time for our table reservation, as I thought that we might be in amongst the crowds on a Friday night. Boy did I get that wrong. They almost looked surprised to see us….. ‘custom?! At this time?!’—their faces betrayed them.

Having studied the menu for a while and discovered that no ‘staff curry’ was listed, I snuck off to ask the man behind the counter if such a thing existed. He looked a little confused at first (I felt shame, I felt humiliation, I felt chagrin), before smiling and telling me that it was listed as ‘traditional lamb on the bone’ (I felt relief, just relief). We ordered one of these, along with a Lamb Rogan Josh, a Lahori Chicken Channy, a Karahi Chicken, two sides of rice and two Peschwari Naans.

The dishes were brought out on inoffensive, rather homely flowered crockery, very similar to those that I had eaten off in railway diners when in India. There were none of these sizzling cast iron pots that sounded like they had been designed to tell you your food was piping hot and had been made five seconds beforehand, it was simple, and in a strange way, pretty.

The Karahi was made up of large chicken chunks cooked in a buttery sauce with plenty of cumin, onions, garlic, yoghurt and coriander, creating a mild but spiced flavour so good that one of the East London boys deemed it superior to that of Tayyabs (Wilmslow Road 1, Whitechapel 0).

The ‘staff curry’ was beautiful, with chunks of tender lamb half-heartedly clinging to the bone in a sauce once again made with a tomato, onion, garlic and coriander base spiced with turmeric and chilli, making it hot, but not too hot.

The Chicken Channy was simple and tasty and worked well with the sweetness of the sultanas in the Peschwari naan, but was arguably made unremarkable by the calibre of other dishes on the table. It was the Rogan Josh, however, that stole the show; chunks of lamb were matched with large pieces of green pepper which worked to create a freshness in an otherwise spicy curry, it so full of flavours that I found it difficult to identify what was what.

The owner had been nothing but amiable, happy to answer questions about the dishes, and to even let me in to have a look at the kitchen. As we departed, full, content, happy, Al-Madina’s late night crowd began to file in. I was tempted to give them a wink, a nod, a knowing look of “yes, we both know why we’re here”, but decided against it, for the fact that we were all there was enough. That evening, it was not only the food that had stood firm under scrutiny, but the place, the myth, the legend. 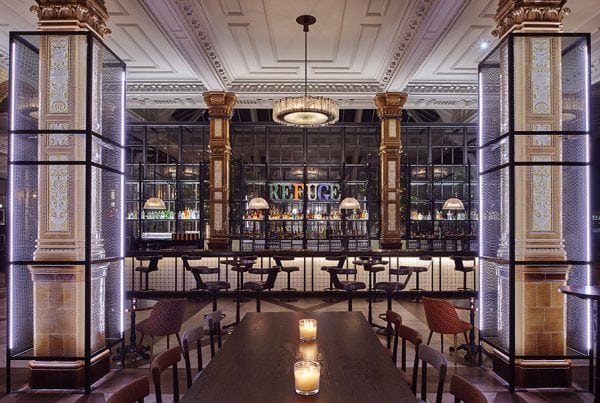 The Refuge by Volta at the Palace Hotel 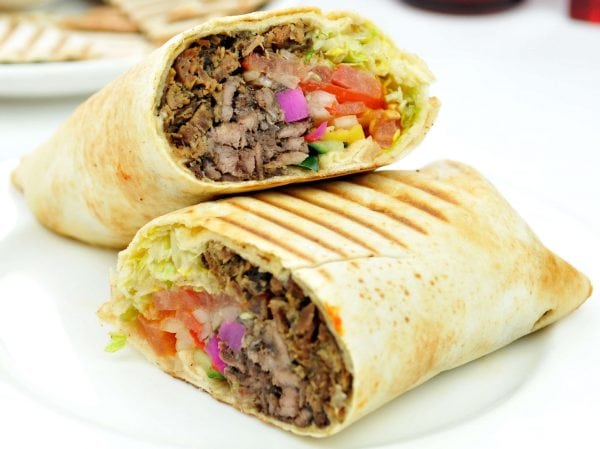 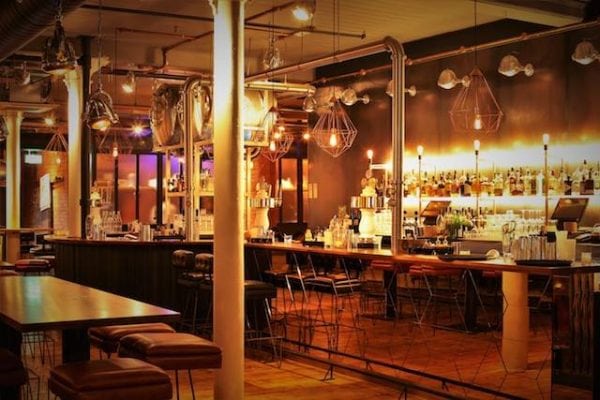