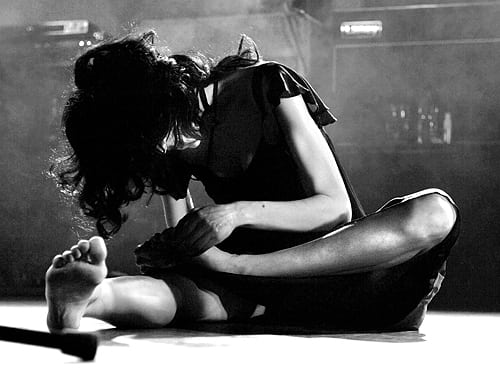 There are few artists who manage to retain an aura of mysticism around them akin to that of Polly Jean Harvey. For the past three decades, the reclusive songstress has mesmerized the music world with tales of the macabre, the grotesque, and the perverse. Set to the tune of growling bass lines, ethereal vocals, and peppered with traditional folk influences — Harvey simultaneously manages to reject any attempts by the press to psychoanalyse her personal incentives or her creative process.

On Thursday 3rd of November, ardent disciples desperate to catch a glimpse of the alt-rock priestess, congregated at Victoria Warehouse to see PJ Harvey deliver her latest work The Hope Six Demolition Project, as well as a choice selection of hits from her extensive back catalogue.

Accompanied by her eight-piece ensemble, the elfin Harvey marched out of the darkness, saxophone in hand, and positioned herself centre stage. Adorned in black, her slight figure accentuated by heavy spotlight, PJ Harvey looked more like a creature from the pages of Tolkien than a 21st century rock icon.

Launching into ‘Chain of Keys’ a haunting lament to the victims of the Kosovo conflict, plucked from her latest album, she enthralled the audience with her effortlessly transcendent vocal range. The set continued with hits from the The Hope Six Demolition Project, (including the bombastic ‘Ministry of Defence’, ‘Community of Hope’ and arguable standout track ‘The Wheel’) in which Harvey turned her observatory gaze outwards towards global political turmoil in Afghanistan, Washington and Kosovo, and her politically-charged deliverance thronged the packed Warehouse.

Following this with a selection of hits from her Mercury Prize-winning magnum opus Let England Shake, Harvey held a mirror to the rotten British establishment as audience excitement reached  fever pitch, with classics such as ‘The Words that Maketh Murder’, ‘The Glorious Land’ and ‘Written on the Forehead’ ringing out into the frosty November night.

As impressive as her unparalleled vocal range, Harvey’s stage presence was further heightened by lithe and sinuous body movements — at times contorting herself deftly to the rhythm, at others standing with poise and conviction— as if sermonising to a frantic congregation.

At times feeling more like the prelude to a Paganist sacrifice than musical performance, Harvey continued to enthral the audience as she delved further into her back catalogue, drawing out haunting laments (including her fictional ode to her deceased daughter ‘Down By The Water’), devastating love elegies (the biblically laced ‘To Bring You My Love’ ) and acclimatising with her timeless rendition of Bob Dylan’s ‘Highway 61 Revisited’. Harvey more than proved her worth as one of rock music’s greatest assets, with a canon of music that transcends genre and time.

There is something undeniably English about PJ Harvey — not in a quaint, sunny, ‘merry-old England’ kind of way, but in a way that is evocative of something much darker, much more sinister, something much older than the conventional parameters of our historical narrative. She draws out the spectral — both in her lyrics and her stage performance, drawing on the macabre and the mystical, while continuing to retain an aura of mystique about her that has endeared her to audiences for over 25 years.  Long may she continue to do so. 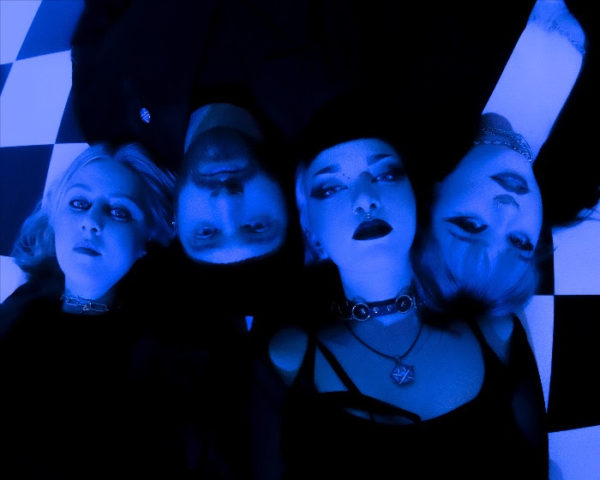