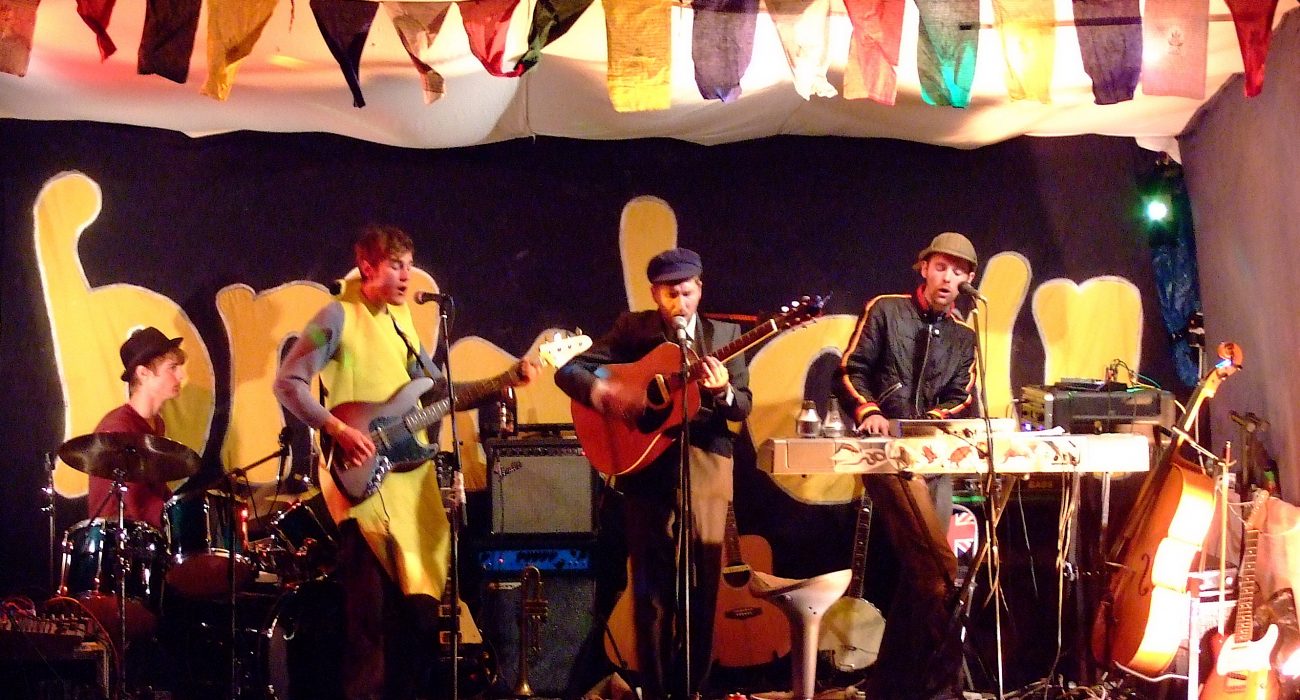 After ten years together, beloved indie-folk group Stornoway are coming to a close. Led by a PhD student specialising in ducks, scattering birdsong and sampling the sounds of nature throughout their work, Stornoway are a truly unique voice in British music and they will be missed. I was fortunate enough to speak with Rob Steadman, the drummer of the group, to discuss their break-up as well as their upcoming farewell tour.

I’ve been a huge fan of the group since their debut album surfaced almost seven years ago, and having listened to their music through my formative years it was nice to get the chance to interview them before their split. Asking Rob how the members of the group were feeling, he tells me “it’s the end of a big, long chapter” but that the band were parting for the right reasons.

As he described each member moving in different directions, focusing on family and other personal interests, he painted a picture of Stornoway naturally coming to an end. Indeed, Rob was speaking with me from New York, where he’s been living for the past two years, coming back to the UK to tour with the group.

The group have made much of their career, as so many do, through social media. Announcing the split online, the group opened itself up to a flood of comments from fans across the world. “With this kind of announcement people react honestly,” Rob tells me. “There was a real outpouring of love, and sadness — it was very important.”

The group clearly thinks much of their fans. They went so far as to ask each one of them to post online one song that they would want to see on the upcoming tour. “We literally tallied up everybody’s votes.” He laughs as if remembering the effort that must have taken. “Thousands and thousands of votes.”

I ask if there were any songs that surprised them on that list and Rob remarks that there were a few songs that were “a bit out there”. Listening back to the recording I can hear myself laugh, because I’m definitely one of those fans. “It was quite funny to see people requesting things from some weird EP before anyone knew about us.” Well… if you don’t ask you don’t get!

Looking back over their career Stornoway have had some truly huge moments, playing at prestigious venues including the Barbican, Somerset House and Glastonbury’s Pyramid Stage. “That was a real special gig,” Rob says of Somerset House. “That was the first time everything felt really professional.” He adds that he’ll always be proud to say that he played the Pyramid Stage — “even if it was at 11am to about 500 completely hungover people.” He also remarked that the group reached a wider audience after performing on Jools Holland: “I don’t think Stornoway would be where it is today without Jools Holland.”

So what will the group do now? Oli (bass) is producing records and running TIGMUS, a kickstarter-type service helping small bands to host gigs. Jon (keyboards) is producing music for radio and film, whereas Brian (vocals, guitar) is returning to his conservation roots and is now a nature reserve warden. Rob is still playing music with several new groups in New York but reflects that “the folk sensibility and Brian’s ornithological, humble personality is something I will miss.” A feeling shared by many fans, I’m sure.

For myself, it’s interesting to see each of them taking these different paths. Stornoway are known for adding layer upon layer of quirky sounds (footsteps and chopping carrots, to name a couple) whilst still providing the smart arrangements, driven bass, solid percussion and catchy melodies that any indie-folk band needs. Knowing where each of the members is going, it makes a little more sense about where this unique, improbable band came from.

Stornoway have been praised time and time again for the energy they put into their live shows. From this dedicated fan, it would be well worth your time listening to their hits and seeing this group in their element.