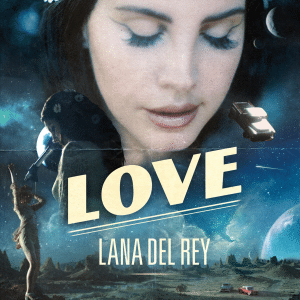 Tracks of the Week: 27th February

Lana Del Rey recently claimed that whilst she had made her previous four critically acclaimed albums for herself, her fifth would be for her fans and this, the first single from the upcoming album, is unlikely to leave any of them disappointed. Whilst ‘Love’ is by no means a major reinvention, with a generally relaxed feel and familiarly short, repetitive verses, there is a noticeable transition from earlier singles like ‘Born To Die’. She is no longer ‘in the moment’, so much as looking back with experience at others, evidenced by the song’s opening lines: “Look at you kids with your vintage music / You’re part of the past now you’re the future”. Whilst her songs have often tackled the difficulties and complexities of love, she has now taken a more awoken tone, ready to embrace the emotion that has for so long driven her songs and to reassure her listener that it’s “enough”. For fans of her music, this track, for now, certainly will be.

With this new single (which introduces the 21-year-old’s upcoming debut album The Age Of Anxiety) the British indie-pop singer Pixx is at her most ambitious. The song’s lyrics are in themselves dramatic and, especially in the chorus (“I salute your kindness / I bow down / to your good will”) appear almost sarcastic, but it is her beautiful, unique, haunting vocals which really impose a fascinating feeling of trepidation: going by the title of the album, it is likely this is intentional. Sung over creeping ’80s-style synths and a woody guitar, the emotion of the song is easily felt. That’s not to say it’s all doom and gloom: the more the drums kick in, the more danceable the song becomes. The wonderfully inventive and spectacularly shot accompanying music video is also well worth a watch.

‘My One and Only Love’ – Bob Dylan

In anticipation of his 39th (!) studio album, a three-disc set comprised of songs from the Great American Songbook, the septuagenarian enigma that is Bob Dylan has released a second single, and a second cover of a Sinatra classic (lyrics by Guy Wood and Robert Mellin). His notoriously smoky voice sounds far more relaxed, happier even, than it has in years and the track is all the better for it. Dylan’s admiration for Sinatra is obvious and it is for this reason that this song comes across with all its intended emotion. Dylan’s arrangement of string, horns and steel guitar work perfectly here and, whilst fans of the Nobel-prize winner may crave another album of original songs, Dylan continues to sing what Dylan wants to sing, to nobody’s great surprise.