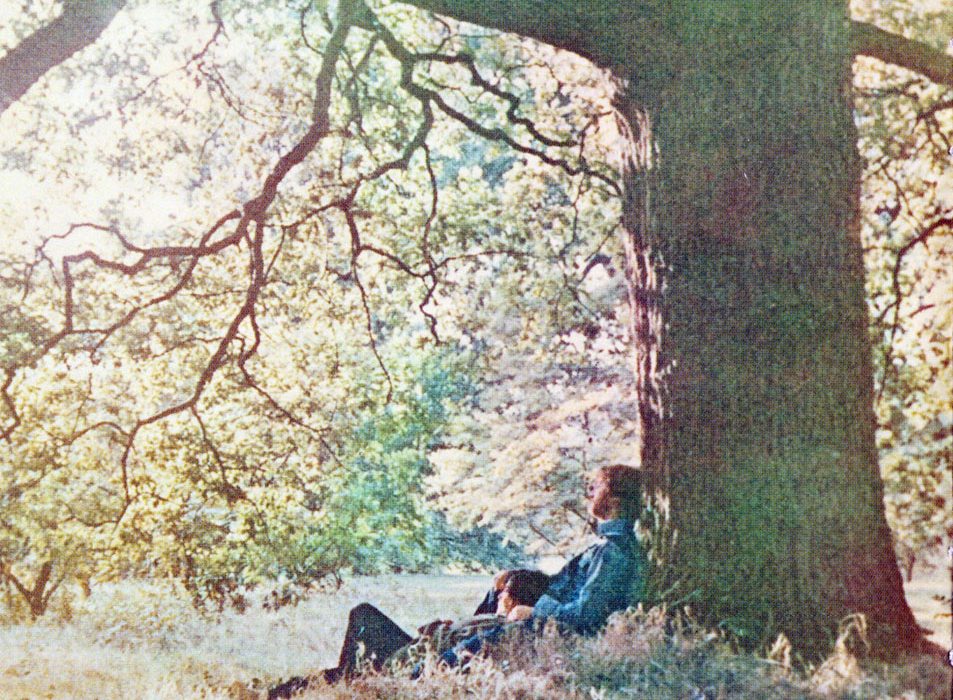 Released in late 1970, John Lennon’s debut solo album Plastic Ono Band closes the chapter of the 1960s, the Beatles, and the John Lennon the world thought it knew. Chronologically sandwiched between the Beatles’ break-up and the release of the seminal Imagine, Plastic Ono Band appears dwarfed in the popular imagination by Lennon’s other artistic achievements, if not simply by the iconography of John & Yoko’s War Is Over project that so characterised this period. To neglect this album, however, is to neglect a uniquely gripping and at times heart-wrenching record.

Confessional, raw, angry, yet painfully vulnerable, Plastic Ono Band portrays a tortuously honest John Lennon. Though he revealed clues of his emotional condition through the facade of cheeky-charming Beatledom in records such as ‘Help!’ and ‘Don’t Bother Me’, Lennon’s psychological turmoil more often expressed itself in psychedelic escapism and carefully sculpted lyrics during the Beatles’ later years.

Indeed, few fans are aware of Lennon’s various neuroses, which ranged from severe substance addiction to Oedipal fantasies. An excruciatingly personal and cathartic recording, Plastic Ono Band is the most direct invitation into the tumultuous landscape of Lennon’s mind that he recorded before his untimely death in 1980.

Introduced by an ominous bell chime, the album’s opener ‘Mother’ addresses Lennon’s childhood abandonment by his parents and his mother’s tragic death while he was still a schoolboy. Stark and often carried by the exposed canter of Ringo Starr’s drumbeat, the direct nature of Lennon’s expression — ‘Mother, you had me/but I never had you’ — establishes an agonising vulnerability that persists throughout the album. Elongated, simple, major chords that ring from a piano suggest catharsis and world-weariness in equal measure. As in the muscular rocker, ‘Well Well Well,’ Lennon’s rasping vocal descends into wrenching, guttural screams during the song’s climax.

These striking vocal experiments draw from the primal therapy sessions that he and Yoko had undertaken during 1970 that encouraged patients to re-engage with episodes of childhood trauma through unrestrained screams of hysteria. The effect is powerful: the relaying of Lennon’s deepest insecurities delivered in a language of pain, reflecting feelings truly beyond articulation. Indeed, throughout the album one cannot escape the wearying search for solace of a man whose demons were not soothed by artistic expression or pop superstardom, Yoko Ono, or heroin addiction.

No longer constrained by the Beatle identity or the melodic emphasis of McCartney’s songwriting, Plastic Ono Band, in some areas, represents a musical regression to the rock ’n’ roll, Teddy Boy confrontation of Lennon’s teenage years. ‘I Found Out’ and ‘Well Well Well’ use heavy distortion on thrashed guitars, whilst throughout the album Lennon’s vocals are drenched in 50s-style echo, mimicking early Elvis records or even Gene Vincent’s ‘Be-Bop-A-Lula.’ Indeed, such rawness anticipates the lo-fi trend later adopted by Patti Smith and Iggy Pop, later to be mythologised by the punk movement.

Alongside the agony and insecurity, however, there is also warmth. Characterised by the tremolo of a welcoming guitar lick, ‘Hold On’ is a reassuring exhale between traumas, while ‘Isolation’ lowers the stakes — ‘just a boy and a little girl/trying to change the whole wide world’ — and attempts to make sense of fear.

‘Love,’ too, offers a sense of peace; however, one cannot escape the sense that even in this supposed expression of bliss, Lennon remains anxious. The tune is peppered with unexpected minor chords that suggest a vulnerability that perfectly demonstrates the dichotomy of John Lennon: a man capable of swinging from the utopianism of ‘All You Need is Love’ and ‘Imagine’ to the indignities of rage and domestic abuse.

Phil Spector’s co-production with Lennon and Ono is respectful: gone is the studio trickery and alchemic experimentation of the Beatles’ psychedelic years and Spector’s own ‘Wall of Sound’ staple does not encroach on the content. Rather, the simplicity of the production perfectly matches the sobriety of the music and lyrics.

Though a few familiar Beatle-era names are involved, with Klaus Voorman, — designer of the Revolver cover — Billy Preston, and Ringo each contributing,  Plastic Ono Band was a project designed to be  a loose association of artists in defiance of the rigidity of the Beatles, and it is this vehicle of emancipation that allows Lennon to express with the clarity that he does on this album.

With issues ranging from class — ‘Working Class Hero’ — to existential reflections — ‘God’ — and most prominently the self, Plastic Ono Band is a trip inside the chaotic mind of a cultural titan of the 20th century.

Though characterised by its confessional overtone, its rawness does not detract from its melodic quality and overall accessibility. Rounded off by the faux-conclusion of ‘God,’ Lennon renounces all, delivering the almost-contrived ‘I don’t believe in Beatles,’ before once and for all laying to rest the rollercoaster of the 60s: ‘I was the Walrus, but now I’m John; and now, dear friends, we’ll just have to carry on. The dream is over.’