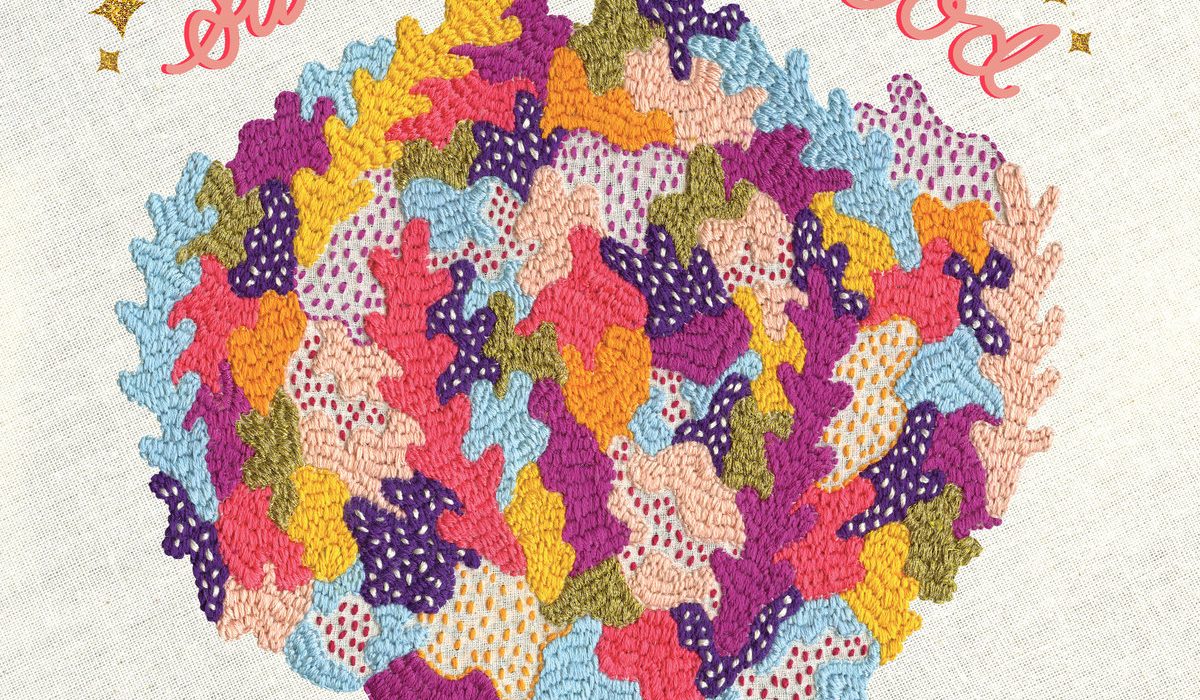 Anybody who’s been to a Diet Cig show will know that the New York pop-punk duo don’t stand still for a second. Formed a little over two years ago, Alex Luciano and Noah Bowman met when Luciano interrupted the drummer’s college show to ask for a lighter. In a matter of months, Luciano had learned to play guitar and the two put out their first EP Over Easy, a short-but-sweet collection of punchy guitars and sticky hooks that breezed by in a little over ten minutes.

Between then and now, they’ve somehow found the time between their near-constant touring to put out Swear I’m Good At This, a confident debut which appropriately develops their music and lyrics without losing their amateurish appeal.

Opener ‘Sixteen’ immediately shows how Diet Cig have grown: the track’s intro is slow and sparse, immediately setting it apart from every other song the duo have put out to date. It’s an apt introduction to a record which boasts a range of cautious but welcome developments.

‘Leo’ and ‘Road Trip’ feature bigger, brighter choruses, while ‘Apricots’ and ‘Bath Bomb’ offer some respite from the album’s whirlwind energy by showing a softer, quieter side to the band. Meanwhile, their bare-bones guitar and drums set-up has been suitably developed: ‘Barf Day’ boasts some heavier riffs, ‘Maid of the Mist’ showcases some fizzy keyboards and ‘Bath Bomb’ experiments with some crashing bells in its cathartic conclusion.

These developments are flattering, and quickly eased my fears about how the pair would adapt their short, sharp and to-the-point songwriting into a longer work without fizzling out (at twenty-nine minutes, this is a short album, but it still nearly triples the length of their recorded output to date). However, the greater tonal and aural variation that we see on Swear I’m Good At This manages to maintain interest over the course of a record that is, by their own standards of length, a behemoth. Importantly, none of these developments feel unnatural or threaten the rickety, DIY sensibility which has made them so appealing so far.

There isn’t a dull moment. Since forming, Diet Cig have barely left the road —they return to the UK in October for their third visit since last year— and have attracted gushing praise for their lively shows. On stage, Luciano hops, skips and lunges around the stage while Bowman pounds the drums like a man possessed, both grinning amiably throughout.

Thankfully, this energy is well-documented on record: it’s suitably rough-around-the-edges and clinging to the charming side of sloppiness, and the record’s disorientingly non-punk opening is quickly rectified a minute in, when Alex mischeviously asks ‘Ready?’ and the guitars and drums immediately crash in. It’s an exhilarating way to kick off the record, second only to their outrageously fun live shows.

One of the most compelling developments I’ve observed on Swear I’m Good At This is in Luciano’s songwriting. Diet Cig has always been a platform for Luciano to vent her frustrations and call people out for their bullshit: see ‘Harvard’, ‘Dinner Date’ and, oh, more or less every song they’ve put out. But many songs on this record suggest a little more depth.

Though still rooted in her own personal experiences, many of the topics she sings about correspond to wider themes: ‘Sixteen’ brings up slut-shaming, for example, while ‘Link in Bio’ tackles the expectations of being a “chill girl” who should speak her mind “but not too loud”.

It’s political, then, but in a resolutely personal way, and isn’t, as some have uncharitably suggested, a collection of empty feminist signifiers. Rather, it’s a searching, learning introduction to feminist politics, and if anything the focus on lived experience may make the political conclusions more effective through connecting the dots that many may notice in their own lives.

Take closing track ‘Tummy Ache’, where Luciano codifies the album’s varying observations of gender politics and personal experience into the album’s most accomplished statement. Taking on the overly-masculinised sphere of the DIY punk scene, she’s demanding the space “to make my words count/In a way that I haven’t quite figured out”. Compared to the charming but simplistic Over Easy track ‘Scene Sick’, which similarly calls out boorish boys in the local scene, the band’s rapid development over the last two years is clear.

It all ties into a philosophy of ‘radical softness’ that the duo have explored in recent interviews. Brave in its vulnerability, the positioning on this album is far more than cuddly, defanged Tumblr feminism: it’s a revolutionary call for an inclusive but firm space of self-expression. Moreover, Diet Cig’s fundraising for Planned Parenthood and their decision to sponsor and tour with groups from Girls Rock Camps shows they can walk the walk too.

Combining this radical philosophy with relatable statements of imperfection (‘Blob Zombie’ will strike student listeners particularly close to home, capturing the student pathology of bristling with ambition from the confines of one’s bed), the album tells you that what you’re feeling is to be respected and that it’s okay to not have it all worked out yet. It’s both more effective and affecting than its pontificating alternative, the Grand Statement Album — above all, this feels real.

There are just a couple of missteps where the duo hit some of the pitfalls that have made similar bands falter: at times, Diet Cig come off as perhaps a little too bright-eyed and bushy-tailed, losing some of their edge and consequently veering towards the twee. ‘Road Trip’, for example, is easy to imagine soundtracking an advert, and while this confirms their gift with a melody it also hints at the absence of the uncompromising songwriting that would usually make commercial advertising such an odd pairing.

Thankfully, such moments only stand out because Luciano and Bowman navigate the tightropes between radical softness and preciousness, and pop-punk and caricature, with overwhelming success.

Diet Cig aren’t the only band combining blazing guitar riffs, fuck-off vulnerability and a faintly twee image in 2017, but they’re certainly one of the best. Swear I’m Good At This should be lauded as a template for how a band could tackle challenge of the hotly-anticipated debut album.

They’ve advanced in leaps and bounds lyrically while subtly finessing their music to ensure it’s exciting and varied throughout; impressively, all of this has been achieved without losing an ounce of their whirlwind enthusiasm or rickety charm.

As the album comes to an end, Alex Luciano sings “It’s hard to be a punk while wearing a skirt”, but here she makes it look so easy.