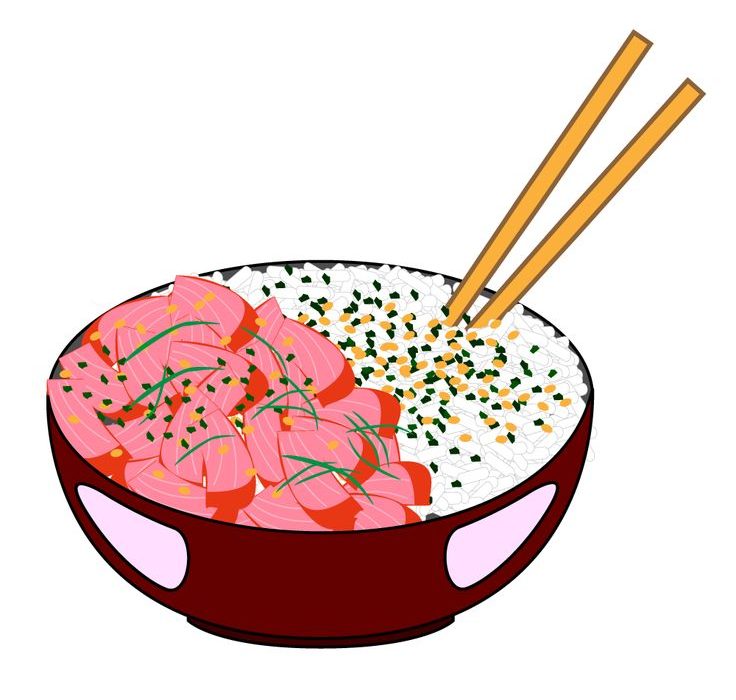 So, Hawaiian food. Hawaiian food comes to Manchester, from one archipelago to another. Poké cometh, a good premise, healthy, clean, and clear food married with a clean and clear business model. Oké Poké is the fourth venture of restaurateur Saman Golesorkhi, albeit his first in England. His other three restaurants lie in Barbados. Golesorkhi studied in Manchester before his Barbadian adventures but now he’s back, and he bringeth the poké with him. All hail, the poké has arrived, and if you’re to believe the narratives on the slick Oké Poké website, “being healthy has never tasted so good”.

Deconstructed sushi is a phrase that’s been going around to describe poké, essentially rice bowls adorned with an array of vegetables and raw fish.

The decor is well done, lots of time and energy has been exerted in more or less the right places. The only problem seems to be the execution. The food was good. The quality of tuna reflected the price — £7.95 for the classic ahi bowl. The rice was over-salted — nothing overtly offensive, but enough to notice. I’ve seen a lot of people griping online about the price, I think it’s a fair amount to pay. I was happy with what I got.

If you’re going to take six hours to make a smoothie it better be the Dom Perignon of smoothies, I’m talking the Moet Chandon of blended juices. In the time it took to for our drinks to arrive we’d already finished our food, thus our mouths were already loaded with a bitter taste, and the tepid fruit water did little to wash it away. The smoothie I ordered was called an O’kai Do’kai, £3.95, which allegedly contained apple, pineapple, pear, and chia seeds. The reality was a cup of water that tasted of apples.

My dining companion for the day, Mr Taylor, opted for the Tofu Tastic which came with black rice, an incredible if hard to find ingredient. When you’re boiling black rice it smells like bread is baking. It’s chewy and coarse in a brilliant way. Oké Poké is by no means short of good ingredients, the juice counter has an open fronted fridge displaying fruits and vegetables in all their raw and unadulterated splendour. It was the preparation of them that seemed to let the restaurant down.