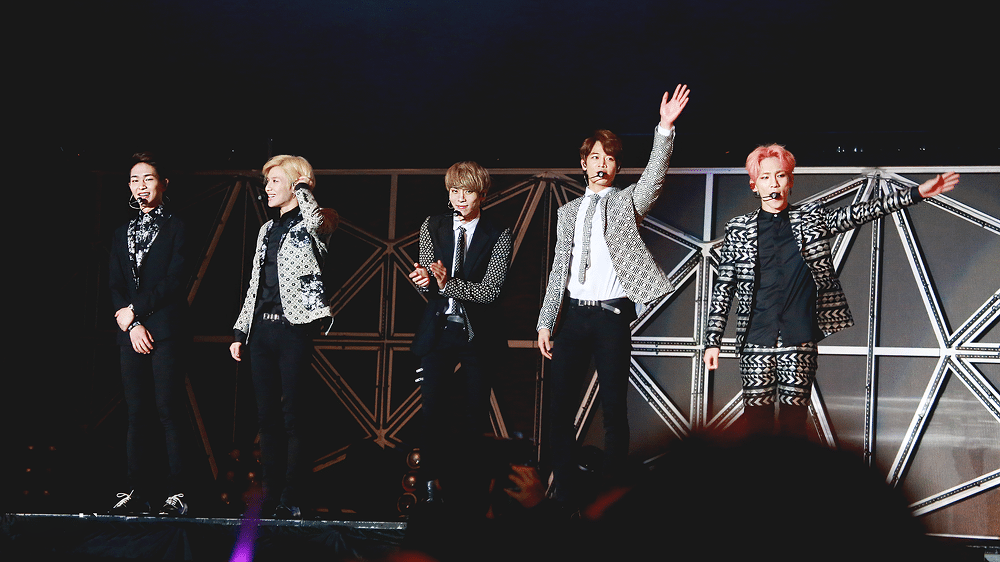 Take a guess who the most tweeted-about celebrities were in 2017. Go on, guess. Taylor Swift? Nope. Justin Bieber? Incorrect. Beyoncé, Kim Kardashian, or Ariana Grande? All wrong.

2017 was no anomaly. Even after Justin Timberlake’s Superbowl performance, which 103m people watched, BTS reigned social media supreme. Now it’s EXO challenging for second, a year after coming online. Of course, K-pop is no stranger to viral success. Remember ‘Gangnam Style’? Of course you do. The video for Psy’s (박재상) 18th single was the first YouTube video to break one billion views, now sitting happily at three billion after topping 30 charts worldwide.

None of K-pop’s corporate backers could have predicted that the not-exactly-young and slightly-past-it Psy would be the one to break the genre into world stardom. Since this international recognition, however, these corporations have worked their stars even harder than before, capitalising on the success. K-pop had already been going 15 years before ‘Gangnam Style’ was universally known and constantly heard, only now it is an industry even more tightly controlled than before.

Corporate elites impose demanding lifestyles on performers, grooming musicians from young ages. Stars are deprived of private lives and, hiding their problems, neglected treatment. Rising talents are put through intense competition and years of training. Powerful management companies tie up young teens in contracts that last decades and control every aspect of their lives, from musical style to mobile phone use.

To maintain their wholesome image, no romantic relationships are allowed. Japanese star Minami Minegishi (峯岸みなみ) was forced to shave her head on video after a night with her boyfriend. Not even personal diets are outside the jurisdiction of these ruthless management agencies. In 2012, girl group Nine Muses (나인뮤지스) revealed their ‘paper cup diet’ (all their meals had to fit inside a tiny paper cup).

Relentless pressure persists in South Korean society, all the way from unforgiving corporate cultures to the super-competitive education system. K-pop is no anomaly, unfortunately, nor is it an exception from the effects of these pressures. South Korea has the highest suicide rate in the industrialised world: Kim Jonghyun (김종현), lead singer of highly successful boyband SHINee (샤이니), committed suicide on December 18th, 2017, aged 27.

SHINee was formed in 2008 by S.M. Entertainment (SM엔터테인먼트): the “Princes of K-pop” were renowned for brilliant live performances and award-winning dance routines. SHINee were at the heart of fashion, Jonghyun in particular: not a spot on him anything but designer. They brought skinny jeans to Korea. Musically, Jonghyun was also successful as a solo artist: ‘She Is’, 2016, topped Korean charts. In SHINee, though, he found most success: they were huge even before they broke Japan.

Hauntingly, Jonghyun seemed perfectly happy and relaxed performing concerts just days before his death. ‘Poet | Artist’, posthumously released, displays his wonderful range of vocal abilities across multiple genres. The anthemic pop song ‘Only One You Need’ is perhaps emblematic of his style, yet the final track, jazzy ballad ‘Before Our Spring’, now hangs in the memory most firmly of all. When he asks, will his winter leave, and a warmer, happier spring arrive?

SHINee’s dance routines were perfect. Of course, they were. Nothing less would have been tolerated. One line from the text he sent his sister shortly before his death stands out in particular. “Tell me I did well.”

Underneath the happy exterior of energetic K-pop tunes lies a draconian, corporate underworld. EXO, second in those social media charts, are put through brutal work schedules: members have been forced to perform through illness and dance while recovering from injury. Alongside singer-songwriter CL (이채린), EXO is set to perform at the 2018 Winter Olympics Closing Ceremony in Pyeongchang, South Korea, on February 25th. The entertainment companies who own them say they are “working extra hard” in preparation.