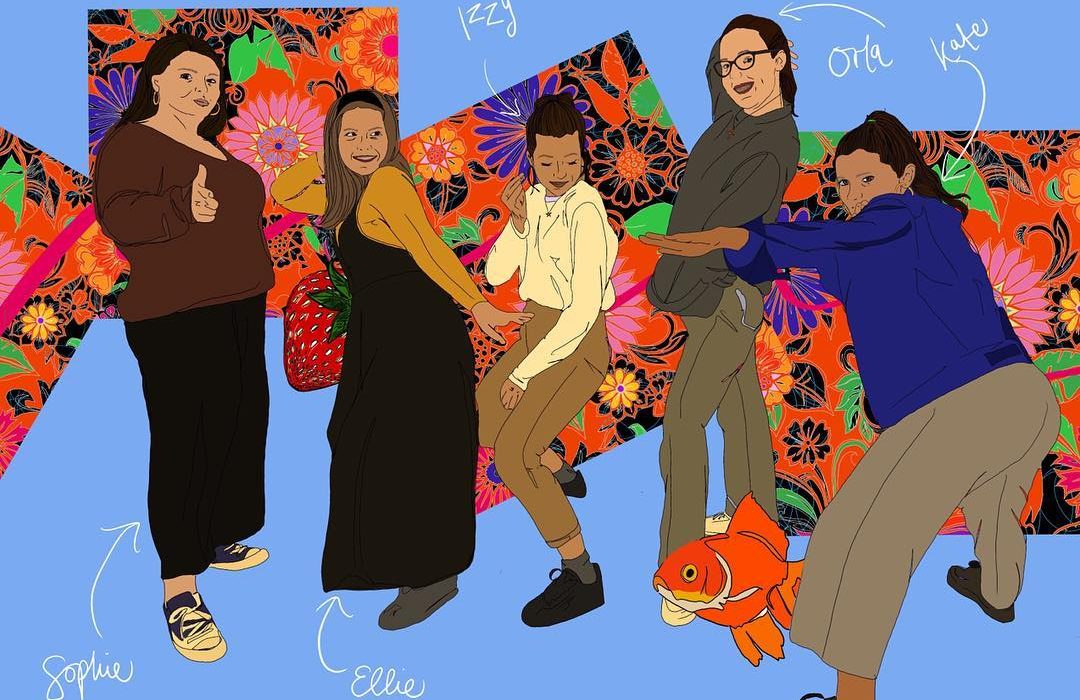 Stroppy is a new play written and directed by Chloe Weare, described by her as “an anthem for the girls who think they might be angry but aren’t completely sure”. It absolutely lives up to this and goes beyond.

Stroppy is organised creative chaos, following the musings of four 16-year-old friends going through their lives in the 1970s, and the inner monologue of a 16-year-old in 2002.

This ensemble of five actresses portray each distinct character and each lovable flaw. Mary, played by Orla Quilligan, thinks her name is improved by changing the spelling to ‘Mari’ and is planning a singing career, oblivious to her lack of singing ability. T, played by Kate Gabriel, was hilarious and unabashed as she garbled her monologues through strawberries dripping in cream that flicked in all directions.

These girls talk about everything from the struggles of shaving pubic hair, to working out the ins and outs of tampon use, to trifle.

Over the course of the play, their secrets are revealed. That the sex you’re having isn’t as great as you say, that you didn’t start your period until you were 15,  that your teacher sexually assaulted you. Why do we keep things from people that we supposedly share everything with?

I was dubious about the single ‘2002 character’ Red (Sophie Murray) but there was no disconnect. The character added another dimension and demonstrated the real truth that the isolation of young women may be in a different form but it has persisted over the years nevertheless.

Aside from the 70s clothing and well-placed references like the Jackie magazine, the entire performance demonstrated that we are stuck in a vicious circle of silences, when in fact we share similar struggles.

Stroppy was a whirlwind of truths, some funny, and some uncomfortable, one moment the audience was laughing, and the next silenced by a moment of pain — everyday pain that people dismiss. The individual monologues worked well interspersed with the interactions of the friends. I appreciated the reality that so much said among friends gets lost in translation.

The script flowed naturally, with the characters referencing and returning to each other’s stories as you would in normal conversation. A very genuine and enjoyable piece of writing, performed by an incredibly talented female cast.