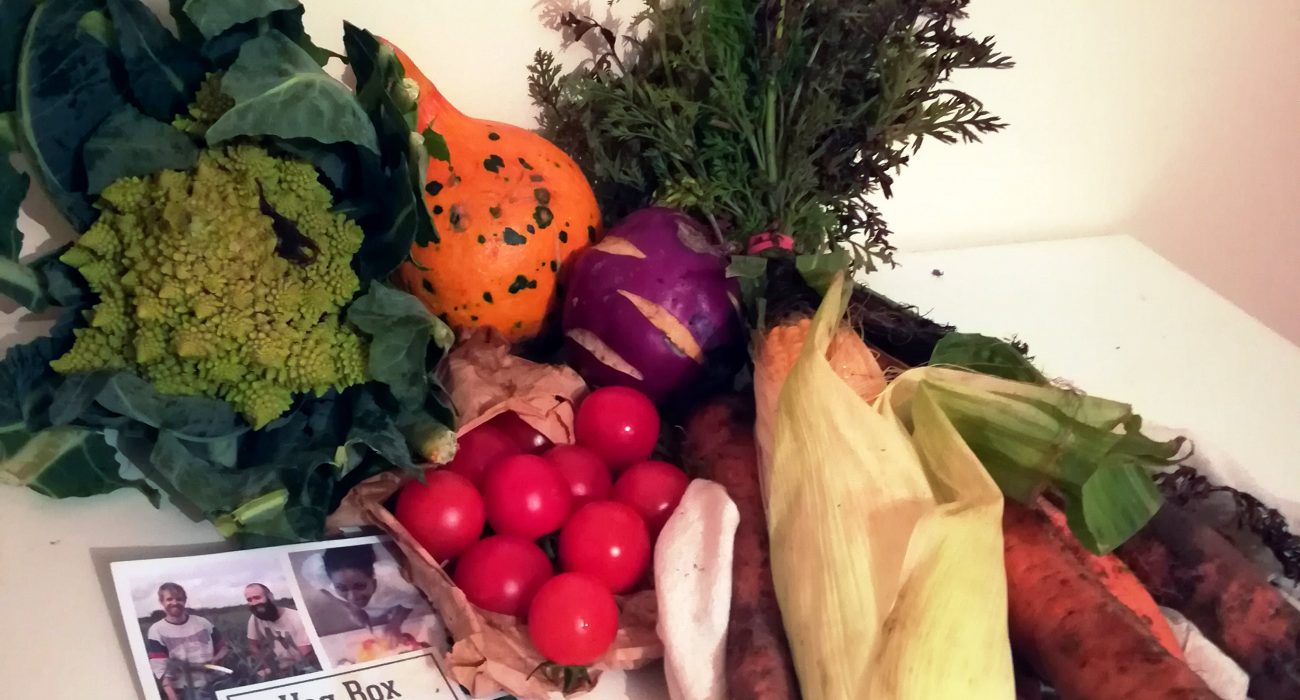 If you live in self-catered accommodation it is likely you were one of the lucky flats to receive the surprise delivery of a ‘veg box’ during the second week of term. Over 8,000 boxes were carefully packed and delivered by Manchester-based Veg Box People in partnership with Res Life, as part of the exciting project #vegouttogether.

The scheme looked to promote not only healthy eating and the use of seasonal produce, but also to encourage students to recuperate following the overwhelming chaos of Welcome Week, as well as to provide students a chance to show off their culinary skills to their new flatmates.

It was time to recover from the week-long Freshers hangover and make use of the many kitchen utensils brought as an eager first year-to-be! The arrival of organic, locally-sourced veggies was a nice change to the free Domino’s pizzas most of us indulged in during Freshers Week. And what better way to bond than over food?

A competitive element was added to the project, with flats encouraged to use their photography skills to show-off their masterpieces (and disasters) on Instagram using the caption #veggouttogether. This was done in the hope of being rewarded the prize of a weekly veg bag: a chance to further their cooking adventures and allow vegging out together to become a regular event.

It was clear through some of the arty shots and inventive presentation (carefully crafted star shaped carrots, wacky vegetable animals…) that some individuals were taking the competition very seriously, considering their chances at winning the next season of MasterChef and choosing to stray from the recipe cards supplied. 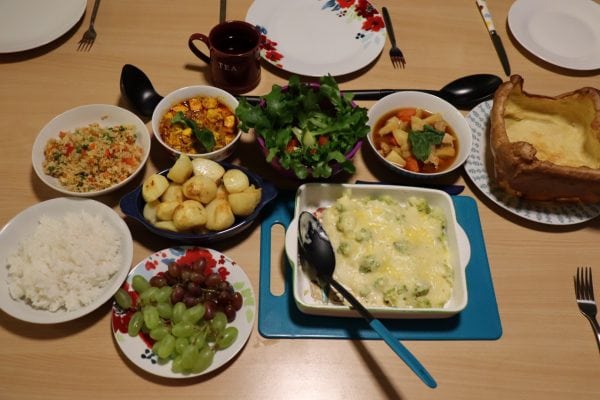 For those that took part in the challenge, the experience of cooking together allowed them to get to know their flatmates better: providing the opportunity to share favourite recipes and well-loved family dishes, whilst also perhaps exposing the Gordon Ramsay of the flat.

Student Brigitta Darko’s flat produced a range of culinary creations from a gigantic Yorkshire pudding and cauliflower cheese to paneer tikka masala and nikujaga in recognition of Manchester’s internationalism. When asked about the project, she said that she loved participating: “in this culinary expedition, we learned more about ourselves, each other, and the world.” Evidently #vegouttogether was a success!

For recipe inspiration and food pictures galore check out the hashtag #vegouttogether on Instagram. Bring out your own inner chef and get your five-a-day by signing up to Veg Box People’s weekly student bag, available to collect conveniently on campus.