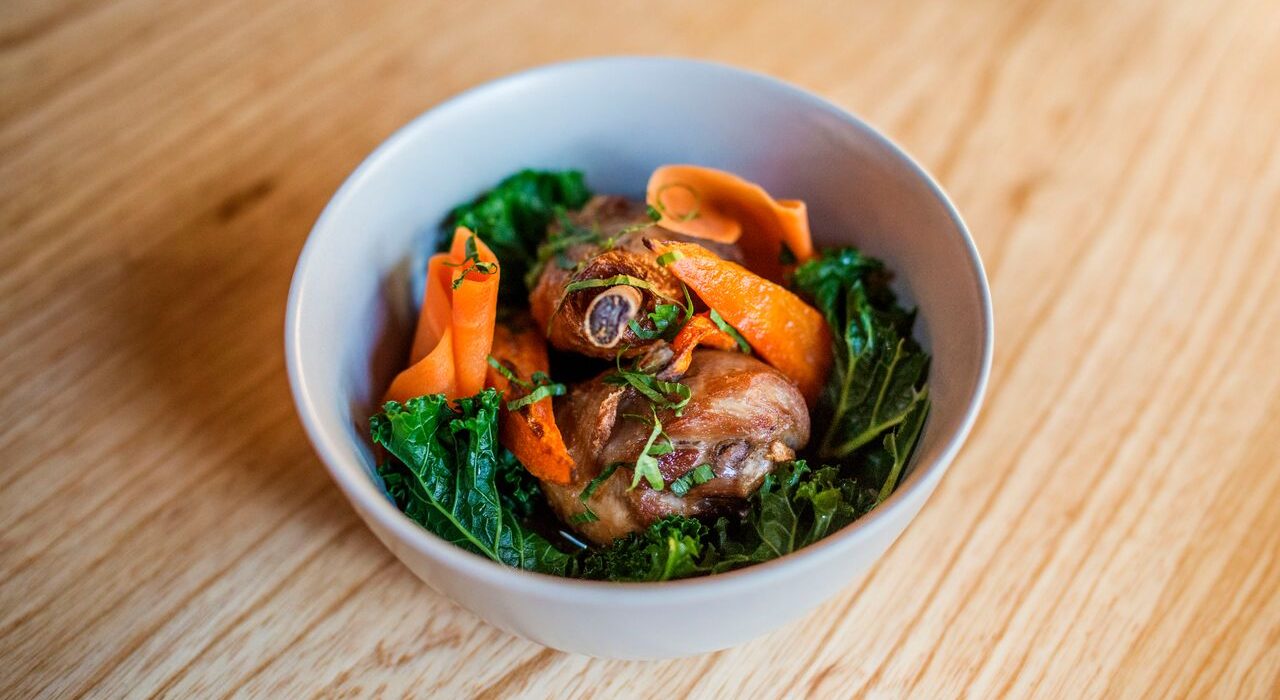 In the heart of Fallowfield, anyone looking to join the crusade against fried breakfast is in for a treat. There is a new home for students who want to try something exciting, with confusing ingredients from the far reaches of Scandinavia, all in a warm cosy Manchester setting. Or if not a home, at least a HAUS.

HAUS is establishing itself just off the main strip of Fallowfield. It is also a stone’s throw away from the student population’s favourite fast food establishments. However, having seen their many successes, HAUS’ owner Howard isn’t tempted, “I wanted a menu that isn’t some Fallowfield has”. He’s certainly correct, as he explains the concept of salmon gravlax while a plate containing scrambled tofu atop leek and potato hash makes its way towards the table.

While many restaurants attempting to work with lesser-known and more upmarket ingredients border on pretentious, Howard has created a space that is far from intimidating. He feels HAUS can act as a “stepping stone for students to experience new ingredients”, presenting an opportunity for students’ culinary horizons to be broadened right on their doorstep.

The food itself takes influence from across the globe, although Nordic ingredients and dishes are at the forefront. Howard explains that Haus’ chefs inject their own, more traditional, French influences into the menu. There are also touches of South America and South-East Asia that can also be seen. The concept of HAUS, is a growing one. It’s expanding nature is found in more than just a culinary sense, as it’s menu evolves based on consumer demands. It also has a general desire to provide Fallowfield’s ever-curious population with exactly what it needs.

Howard claims that he wants to allow the space to grow organically. He doesn’t want to “force feed people” with his own vision for the space. He also spoke about the duality of bars in Berlin. The front seeming rather ordinary and unsuspecting, while the back room reveals an entirely different world of techno and house, a small slice of partying neatly tucked away. With plans to hold similar club nights and have DJ residencies in the near future, HAUS’ two-floored layout lends itself perfectly to the idea of duality, but it remains to be seen just how tucked away any party can really be in Fallowfield.

HAUS is an ambitious project looking to future opportunities, rather than dwelling on the failures of similar past ventures. It comes with an open mind, a fluid identity and most importantly incredible food at a decent price. HAUS is ready to become a real favourite amongst students who want a bit more of an adventurous brunch experience.

Find out more about HAUS on their Instagram @hausmcr, or pop in at 2A Landcross Rd, just off Wilmslow Road