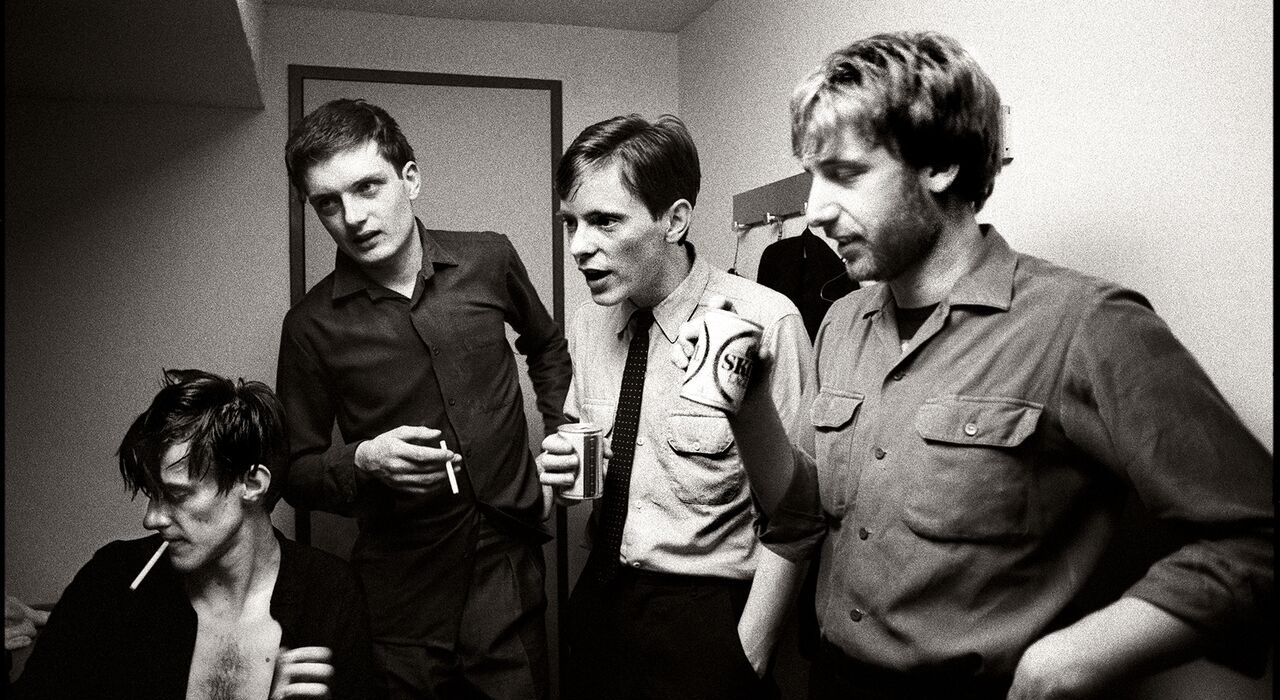 In conversation with Jill Furmanovsky

A collection of around a hundred photographs features the grins and grimaces of all the usual suspects associated with the city’s musical heritage. As to be expected, Morrissey, Ian Brown, and the Gallagher brothers are all here, along with a host of other familiar and less familiar faces. Like great photography should, most succeed in feeling they capture a time, a place, a moment, a distinct personality. The exhibition also does well to incorporate pictures of some contemporary acts too, including Manchester lad-rock torchbearers The Courteeners and Blossoms, as well as artists from outside the rock world like rapper Bugzy Malone.

The pictures on display were provided courtesy of rockarchives.com, a website and organisation founded in 1998 by Jill Furmanovsky dedicated to maintaining a record of music history and making photographs more accessible to fans. Jill was present at the exhibition in the library on the day that I visited, and very kindly agreed to a short chat with me.

Jill recalls her introduction to the world of music photography as a teenager in the 1960s. “I was a Beatles fan and I used to take Instamatic pictures. I used to go to Abbey Road and hope they would come out. They were very friendly!” Many music fans will be able to relate to the thrill of meeting an idol, and will be able to imagine the impact that can have on an impressionable adolescent.

However, it wasn’t clear from as early as this point that photography was something that Jill would pursue as her career. “I went to art school to do textile design and wasn’t planning to be a photographer, but all art students had to do a two-week photography course.” And it’s fortunate that they did, as at appears that this was where Jill concluded that she had found her calling. A loss for the world of textiles perhaps, but a remarkable gain for the world of music photography.

It’s hard to imagine any great group becoming a great force of culture without their image playing a part in capturing people’s imagination. I asked Jill her thoughts on the importance of ‘the image’ in rock. “Very important. And it’s manipulated in all kinds of ways. Even having no image is a kind of a statement. Pink Floyd is a good example – they had no image, they were faceless. And then on the other hand you have a band like The Beatles, who changed their image and went from looking like boys you could introduce to your granny to looking a bit unkempt and a bit stoned. For us growing up with them, this was very exciting.”

The experience of talking to someone who’s a master of their craft is a privilege. When that person is as interesting and as disarmingly friendly as Jill, it’s an even greater privilege. I leave the library feeling that I must have barely scratched the surface of all the insights and stories Jill could have offered, but extremely happy that I got the opportunity to chat to her.

The exhibition which is described as ‘a photographic celebration of Manchester’s rock music history’, can be found at Manchester Central Library until 22nd February 2019.