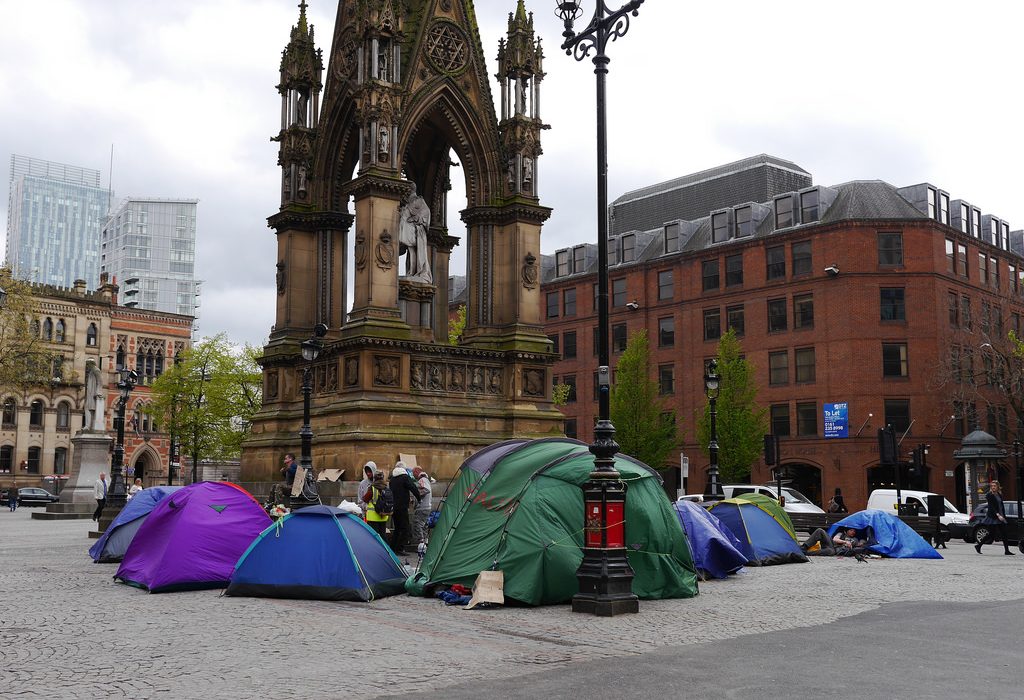 Although homelessness is often considered one of the greatest crises facing Greater Manchester, the number of rough sleepers recorded in the metropolitan area is falling.

New data released by the government and promoted by GMCA (Greater Manchester Combined Authority) showed a 10% decrease in rough sleepers in the city-region, while eight other boroughs saw their numbers ‘stabilise or fall’.

GMCA attributed the reduction to the A Bed Every Night scheme. The new initiative aims to provide accommodation for all those sleeping rough in Manchester. Over 1,200 people have been provided with shelter as result of efforts.

Mayor Andy Burnham praised the scheme and its results: ”These figures from the Government demonstrate that in Greater Manchester the tide is turning. This winter, through A Bed Every Night, we are the only city-region in the UK working to provide beds across all our boroughs to meet demand for accommodation and support .”

Despite this, there were worrying rises among the general trend. For example, in Bolton, eight new homeless sleepers were identified in collecting the 2018 figures.

Just last week, it was reported that a major homeless shelter in Ardwick, opened as the flagship of the A Bed Every night scheme, had shut its doors after just three months of operation.

The closure was blamed on electrical issues, with no plans yet outlined for repairing the damage, or resuming its service as part of the wider battle against homelessness in the city.

Reacting to the data, Burnham was keen to stress that despite encouraging figures, attempts to end rough sleeping were far from over.

”The fact that more than 200 people are still sleeping rough in our city-region in this day and age is completely unacceptable and there is still much work to do. This is a humanitarian crisis, not of our own making, and there is no easy solution.

”A Bed Every Night is the right thing to do both morally and economically. Research by Crisis shows someone sleeping rough costs the taxpayer £20,000 over the course of a year – someone being helped by our programmes costs roughly half that.”

”Rough sleeping and homelessness is symptomatic of a failing system; shocking government cuts have decimated local authority services. Welfare reform, especially the roll-out of Universal Credit, the bedroom tax, benefits being frozen since 2015, sanctions, and welfare conditionality have all contributed to the significant exacerbation of inequality and poverty across Greater Manchester.”

Regardless of the positive signs that this latest data shows, homelessness will persist to be an issue of epidemic proportions in Greater Manchester, with over 220 people risking their lives by sleeping in sub-zero conditions every night.