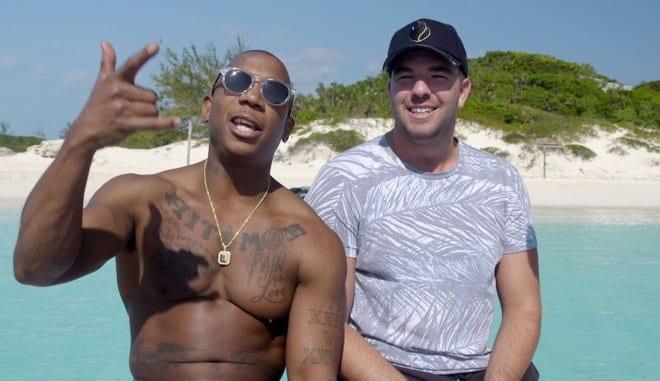 In a world where we are subject to ‘Influencing’ from left, right and centre, never has it been harder to distinguish the ‘real’ from the ‘fake’. With the influencer economy on Instagram alone valued at $1 billion by agency Mediakix, what is obvious is whether you consent to engage with these individuals or otherwise, this is a booming sector which is actively shaping our society.

As such, ‘Fyre: The Greatest Party That Never Happened’ the recent documentary which is available to stream on Netflix, has shocked the media and the world. The extent of the outcry is equally as noteworthy as the failed event itself. Centred around the story of the now-imprisoned Billy McFarland, the documentary follows McFarland developing a festival alongside business partner and rapper Ja Rule, which would take place on Exuma, a remote island in the Bahamas with the goal of promoting his company Fyre Media.

They began by recruiting the giants of the influencer world, such as the likes of supermodels Hailey Baldwin and Kendall Jenner to appear in promotional videos for the festival and subsequently promote the event online, each receiving a fee of  $250,000 or upwards each. Images of the models were consequently posted across the internet and on their personal social media accounts, each vouching for the legitimacy of the event. The orange Fyre tile went viral on Instagram, with the likes of Bella Hadid posting the picture with the caption ‘Can’t wait for #FyreFestival, coming soon’. The world was convinced that this would be the greatest party to ever happen, boasting private villas on the beach, yachts, and some of the biggest names in the dance music industry to perform. The only problem was that McFarland’s expectations of what could be achieved in the short space of time they allowed themselves, with a limited workforce and precarious funding, was severely overshot (or it could be more likely argued that the festival was never meant to exist in the first place).

I remember back to seeing countless videos for the festival appearing on my Facebook stream and thinking “wow, I really wish I could go to that,” yet my lack of tens of thousands of pounds hindered me somewhat. The danger here was for the ones who really did have that kind of money to feed into this elaborate marketing ploy. Guests arrived at the island on the day that the festival was set to take place only to find that absolutely nothing was ready. There had been a storm on the island on the days leading up to the event which had destroyed what little preparation had been put into place. What’s more is, all music acts had been cancelled upon hearing the leaked information about the derelict state of the supposedly luxury festival.

The influencers involved supposedly had no idea that the festival would be a complete failure. Nevertheless, they promoted the illusive festival regardless, due to the large cash sums they had been offered. When the reality came to light of how hurricane tents were replacements for ‘cabanas’ on the beach, the influencers deleted their initial publications. Yet their reputations and followers appear to be untouched by the scandal. Their involvement seems to have been almost forgotten, and we continue to trust in their ‘opinions’. The persons involved do not seem to be aware of the detrimental effect they can have on people’s lives. Their powerful responsibilities as role models should be taken seriously, especially since they are often broadcasting to a young, and perhaps more vulnerable audience.

This is often the case when online personalities promote to millions of followers with little to no knowledge of what they are actually endorsing. The fashion & beauty industry is no exception; in fact, it is undoubtedly one of the biggest culprits. I for one have allowed myself to be led again and again into spending ludicrous amounts of money on products which were sure to ‘change my life’ but alas have changed nothing besides my bank balance. Over-consumption has always been a prevalent issue but with influencers at the forefront of our online lives e.g. YouTube, Snapchat, Twitter, and the aforementioned Instagram, the presence of influencing is more dominant than ever.