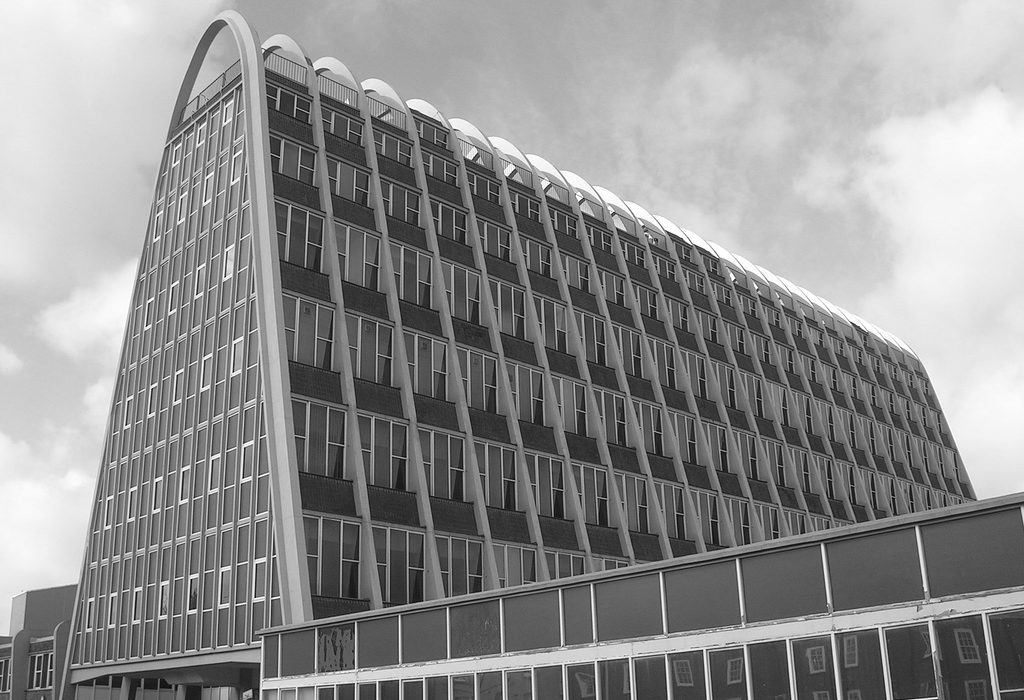 The renovation plans for Fallowfield’s famous Grade II listed building lovingly known as the ‘Toast Rack’ have been ground to a temporary halt due to asbestos removal throughout the building site.

It was bought by a developer called Generation Ltd for £5 million in 2014 who secured planning permission some years later for 200 flats to be constructed – ranging from one-bed to four-bed, plus a rooftop terrace, gym, and coffee shop. Generation Ltd have said the build is successful so far, and the launch of The Gym on the site has been better than expected, with it being one of their busiest gyms in the country.

In light of asbestos delaying construction, Generation Ltd. have stated they expect construction to restart later this year

There will also be retail and commercial units including co-working space for residents and the public to use. However, these plans have been met by opposition from members of the community.

Their main argument against the development centres around the lack of car parking space on the premises, which they claim this would lead to further congestion.

The council disagreed, however, taking into account the nearby public transport facilities and the estimated 60% provision for car parking spaces for future residents.

As with any renovation proposals for listed buildings, many also brought up issues with maintaining the heritage of the site.

The site has been vacant for many years and has suffered from a lack of maintenance, shown by reports of concrete falling from the building. This has led to the council concluding that this investment will ensure that the site is preserved for the future.

Approval of residential building on previously vacant sites such as this helps central Manchester to reach its target of providing 14% of new residential development.

Despite this target, there has been much criticism of developments in Manchester, as none of the recent housing has been classified as ‘affordable’.

It is clear that with almost 13,000 people on the waiting list for social housing in Manchester during 2018, there is a huge demand for new developments such as this to be affordable.

Although developments of more than 15 units are required to provide an element of social housing, it can be avoided if the developers can demonstrate incorporating such a provision would threaten the viability and deliverability of the scheme.

This was shown to be the case for the Toast Rack developments, meaning they are under no obligation to provide social housing as part of this development.