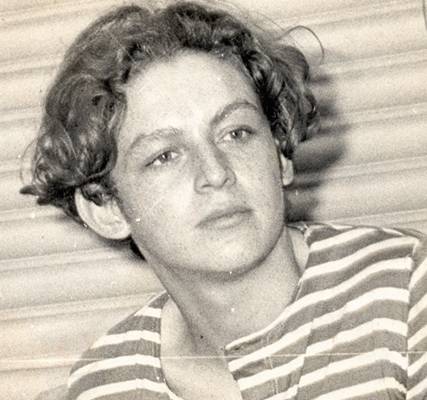 The biopic is perhaps the kingmaker of film genres — a genre with ability to test the mettle of any director and challenge them to transpose real-life events onto the big screen. In his 2018 crime thriller, El Ángel, Argentine director Luis Ortega has managed to navigate these potentially choppy waters with relative safety to deliver a true highlight of HOME’s ¡Viva! Festival.

Inspired by the life of Argentina’s longest serving prisoner, Carlos Robledo Puch (Lorenzo Ferro), the film follows his journey from his origin as a petty criminal to becoming one of South America’s most notorious serial killers. Although this is itself worthy of a film, the tale becomes all the more disturbing when considering Puch was merely 20 years-old during the course of his year-long crime spree. This aspect of the story is heightened on-screen by the casting of then-19-year-old Lorenzo Ferro in the lead role. Ferro totally inhabits the character and perfectly illustrates the discordance of a seemingly polite and conventionally attractive teenager committing extreme acts of violence.

However, despite Ferro’s excellence in the lead role, the film is at its most compelling when examining the complex relationship between Puch and his accomplice, Ramón Peralta (Chino Darín). The chemistry between Ferro and Darín throughout the film is mesmerising to watch and makes their character’s journeys from friendship to infatuation and unrequited sexual desire even more captivating.

Another of the film’s greatest strengths is Julián Apezteguia’s gorgeous cinematography; favouring a bright and breezy retro vision of 1970s Argentina, the visuals are another stark contrast with the dark subject matter. One particular scene, involving Peralta appearing on a Stars in Their Eyes-esque TV show whilst Puch watches from their hotel room, is bizarrely surreal, but expertly demonstrates the changing dynamic of their relationship.

The film’s cinematography is also beautifully complimented by the film’s summery soundtrack which features a host of classic “rock en Español” songs. The most stunning of which is Palito Ortega’s cover of the classic US folk song ‘The House of the Rising Sun’. The use of this track is an excellent film-music pairing and provides a pitch perfect accompaniment to the chaos unfolding on-screen.

However, despite the film’s excellence in cinematography and music, they are both heavily implicated in the film’s ultimate failing — a considerable feeling of style over substance. Throughout the film, there were moments where the lack of cohesive storytelling leads to confusion. This is especially clear in the film’s third act which, without having looked up Puch’s real-life story, makes little-to-no sense.

There is also the issue of how far the film challenges Puch’s heinous crimes. In particular, the revelation that during his crime spree he had committed a number of violent sex crimes which are not addressed in the film. Ultimately, the knowledge of this leaves a slightly bad taste when considering the film’s relative lack of moral judgement.

Overall, despite its flaws, El Ángel is a stunning piece of film-making from a director who is clearly reaching the height of their talents. The film stands out as one of the most stylish retro crime thrillers in recent memory and is a testament to the underrated brilliance of Latin American cinema.