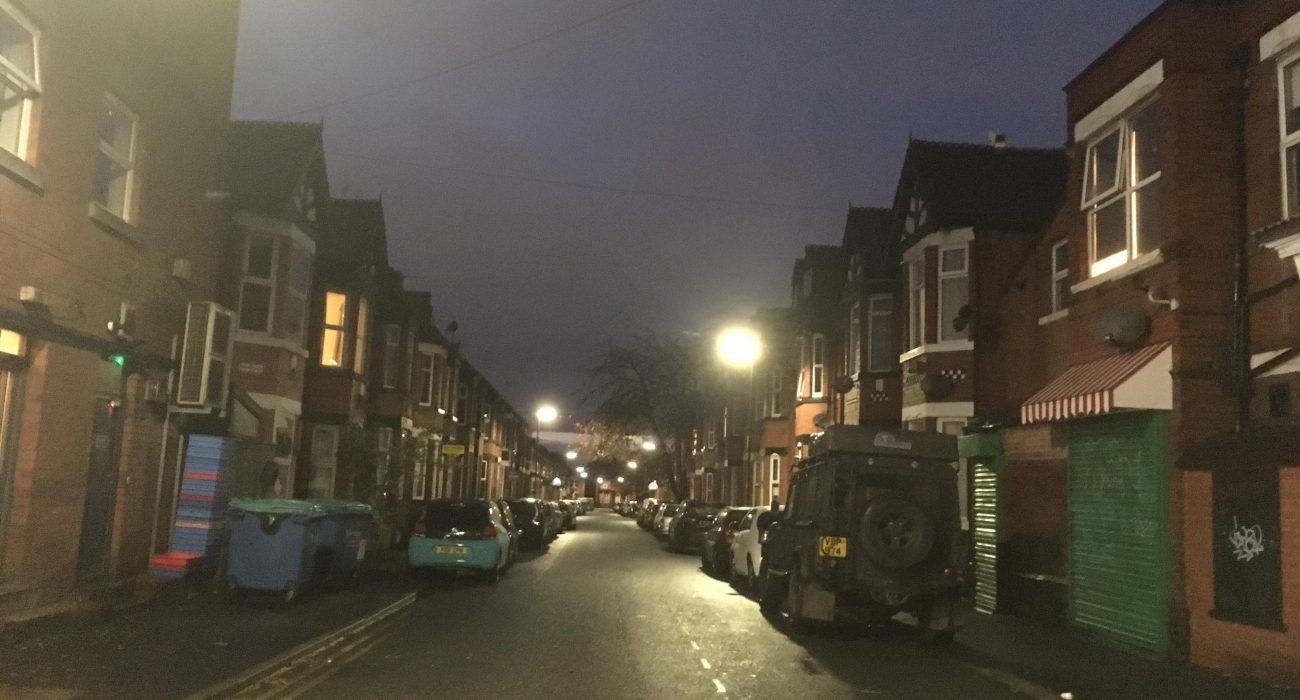 The University of Manchester and Manchester Metropolitan University have renewed a contract to keep security guards patrolling student areas in Fallowfield and Withington to clamp down on loud, anti-social behaviour.

Equipped with audio and video recording devices, the night security teams will patrol student areas every night during busy university periods such as Freshers’ Week, Halloween, and the end of the semester.

The operation was first launched back in 2016, after university, Police, or council staff visited nearly 400 student properties in 2015 over noise issues.

The scheme was created with the intention of promoting a better relationship between students and residents.

When called, security staff will visit the property in question and serve a noise abatement notice. Failure to comply could result in students being expelled from their university or even facing prosecution.

While the patrollers are not permitted to enter the student houses themselves, their role is to report the anti-social behaviour to relevant authorities.

In a joint statement, the universities said: “As part of our ongoing commitment to positive relations and enhancing cohesive communities, we are pleased to be able to continue the night-time community patrols for the next academic year.”

“Following continued feedback, it was decided to continue the night-time patrols to provide reassurance and support for both student and long-term residents through our jointly funded Community Neighbourhood Support Team patrols.

“We will monitor nightly reports and feedback from residents to ensure that patrols are focused on the appropriate areas. We will continue to work with all those who live and work in the community to shape these services.”

However Students’ Union Women’s Officer Ayla Huseyinoglu, who is responsible for organising the Reclaim The Night march, criticised the renewal: “Crime rates in Fallowfield and Withington are high and students are often targeted, leaving many scared to leave their homes after dark.

“This is unacceptable, so any plans the university has regarding security in these areas must focus on keeping our students safe. In the past, the University’s focus on noise and house parties has meant that issues like student safety has been ignored, but this year myself and my Exec [Officer] colleague Adam Haigh will be demanding that the university takes urgent action to focus on the real issues and ensure a safer, happier experience for our students.”

Amy, a student from the University of Manchester, agreed with the Women’s Officer by saying: “Maybe they should focus the security on protecting students not punishing them.

“Rape, sexual assault, muggings, assaults… all much more serious than a ‘noisy house’ but they don’t seem to care much about the massive problem with crime on students. Also what actual right [do the universities have to do this] do this. You’re a student, yes, but what [right] does that give the University the right to police your whole life?”

During term time, the patrol teams will operate between 10pm and 6am every Wednesday, Friday, and Saturday.