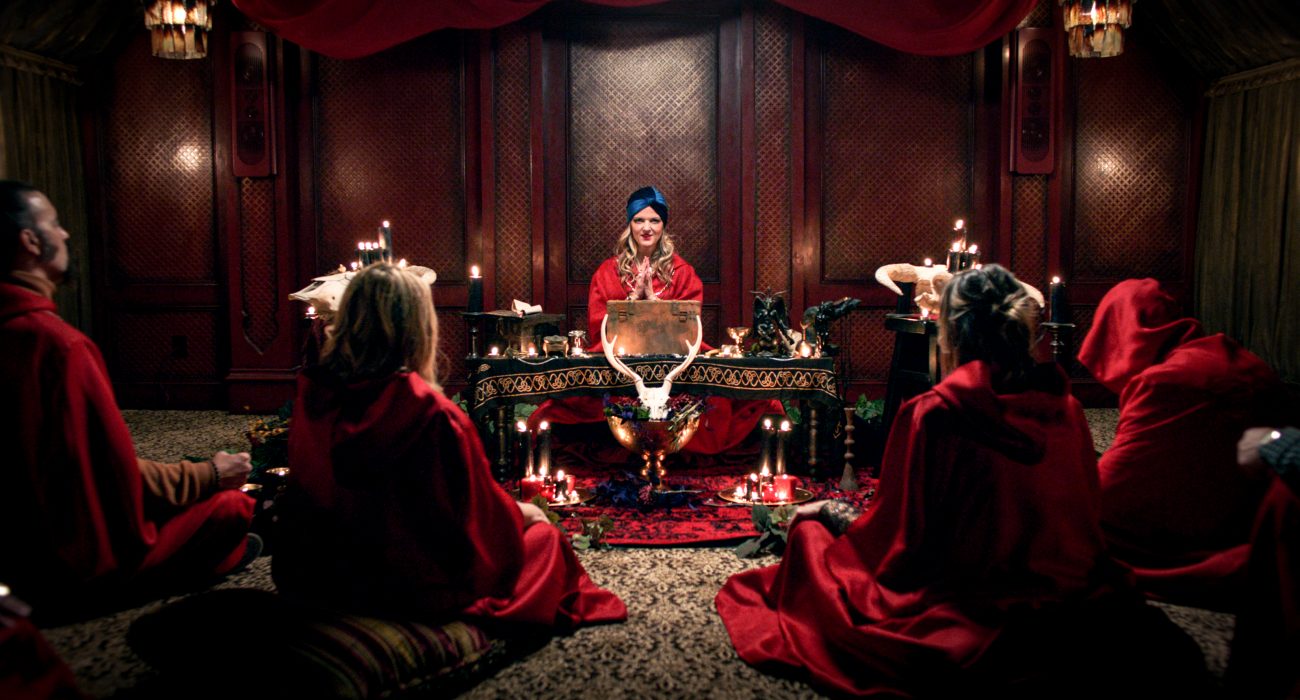 Anyone looking for a creative, bloody and entertaining horror movie with just a touch of interesting social awareness, has to see Chelsea Stardust’s Satanic Panic.

The film follows young woman Samantha (Hayley Griffith), whose first night on a pizza delivery job takes a hellish turn when she finds herself captured by a satanic cult living in a gated rich suburb. From that point onwards, the film lets its imagination run wild.

Grady Hendrix’s script stays tight enough to run smoothly through the madness of human souls being cooked in baking trays, to the arrangement of disembowelled organs being used to decipher messages from beyond. All the while Samantha remains a likeable and sweet character who you want to see survive the carnage, aided by the solid lead performance from Griffith.

The film is also deliciously aware of the underlying class commentary inherent in its narrative. This is a world in which the rich, white Satanists keep vacuum packed human hearts in the fridge for nourishment and somehow work “wealth to the strong” into their chants, with a level of twisted irony that Carpenter and Craven would be proud of.

Satanic Panic is a welcome horror ride and a filling treat for genre fans.