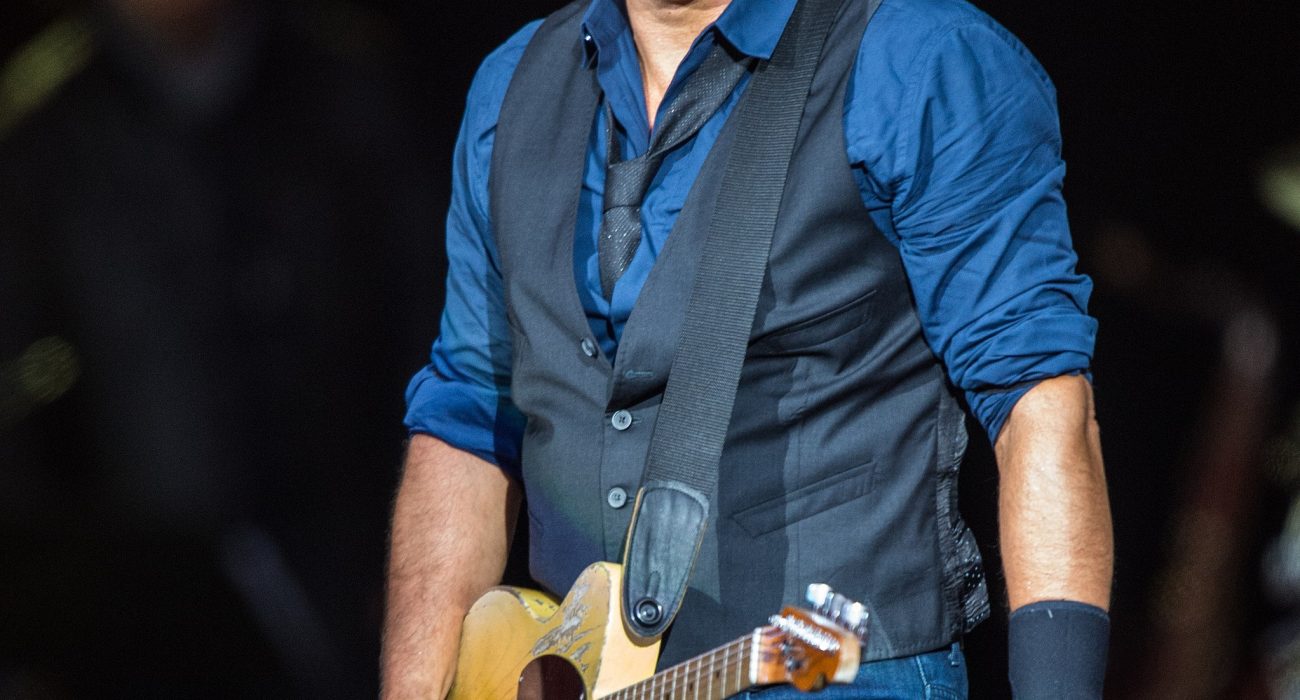 Although two Bruce Springsteen films in the space of two months may feel like overkill, even for The Boss’ biggest fans, Western Stars is a very different film from Gurinder Chadha’s feel-good summer hit, Blinded by the Light.

Part concert, part visual album, part essay, and part reflection, the film is certainly a difficult one to characterise. It is structurally segmented into live performances of songs from Springsteen’s latest album interspersed with small sections of film. These mini films are comprised of elegiac voiceovers that range from explanations of the subsequent song to meditations on life and love coupled with archive footage of Springsteen and/or anonymous home footage.

Ultimately it is an experiment, but like many experiments it hasn’t quite gone to plan.

Some of the filmic segments in-between songs are beautifully crafted mini films with the visual content drawing out key themes and images that Springsteen discusses in his voiceovers. This in turn provides an illuminating frame through which to view Springsteen’s subsequent performance and, indeed, to view Springsteen himself as an artist and as a man. This is when the film is at its best – where everything seems to work in harmony, mutually illuminating each element so that the visual and the audio merge together into a beautiful whole.

However, at its less-than-best, these mini films can feel bloated, verging on the edge of self-indulgence. They can also feel repetitive, becoming largely indistinguishable from each other. At times images feel arbitrary rather than well-chosen – the film merely shoving in another shot of Springsteen with a horse or driving a car when it runs out of ideas.

Despite its conceptual missteps though, the film remains utterly visually stunning. The performance sections are staged in a gorgeous 100-year-old barn on Springsteen’s property, complete with strings of fairy-lights and a full orchestra. It manages to feel both intimate and epic at the same time and, of course, the actual musical performances are a treat. Even forty-six years after the release of his debut album, The Boss has definitely still got it.

Indeed, the film reminds you that Springsteen is not only a great performer – at heart he is also a great storyteller. Many of his songs, such as ‘Thunder Road’ and ‘Hungry Heart’, for example, are clear narratives so cinematic one can almost see them. It is this poeticism and narrative thread that the film is trying to visualise, turning the songs into mini films themselves. While not always successful, it is still an inventive way to marry the two worlds of film and music and a treatment it would be interesting to see taken up by other artists and other albums.

Although it may not be for casual fans, Western Stars should still be applauded by everyone, Springsteen fan or not, for its inventive look at the creation of art, even if it does not quite achieve the poetic heights it is reaching for.