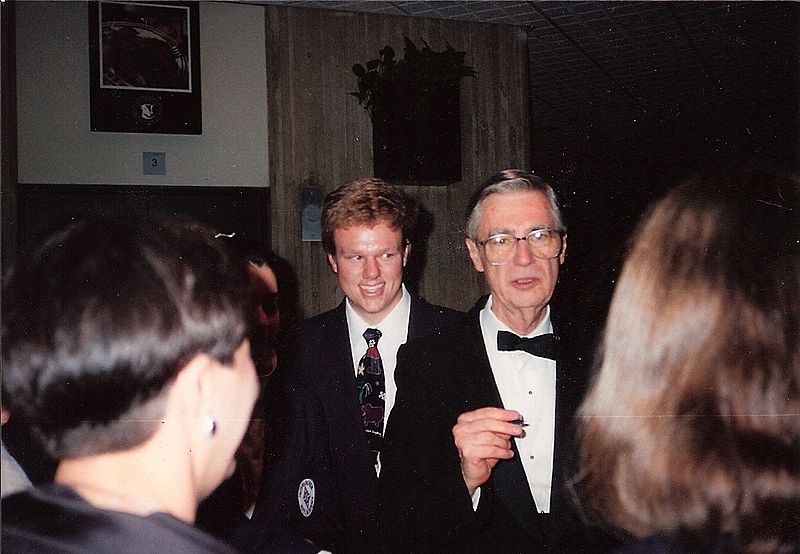 A Beautiful Day in the Neighbourhood makes for an unexpectedly personal viewing experience, one which holds your hand and takes you back to the days of your childhood. All in all, it makes for a surprisingly touching trip to the cinema.

Tom Hanks plays the much-beloved star and host of Mr. Rogers’ Neighbourhood, a children’s educational television programme. “We are trying to give the world positive ways of dealing with their feelings,” Hanks’ softly spoken Mr. Rogers says of the show in which he plays every child’s loving ‘neighbour’.

Vogel is a cynical investigative journalist, played by a rather forlorn-looking Matthew Rhys. His story begins at the wedding of his sister, Loraine Vogel, where he gets into a fight with his estranged father Jerry. His father had abandoned him, his sister and his mother when she was ill with cancer.

At work the next day, he is asked to write an easygoing 400-word piece on whether Mr. Rogers might be considered a hero.

As it happens Vogel’s profile of Mr. Rogers makes for a great deal more introspection than Lloyd would have expected; Mr. Rogers sees a man in pain with the world and tries to show him a way to feel precious again. Here lies the core of the film’s message.

Arguably, A Beautiful Day in the Neighbourhood’s key moment happens when, sat in a restaurant, Vogel is asked by Mr. Rogers to pause for a minute, and to imagine “all those who loved him into being”. A silence follows that makes for one of the films’ most reflective moments. Not only is the scene wonderfully moving in itself, but Hanks’ performance more than does justice to the kind of spiritual nourishment the original Mr. Rogers was famous for. You can’t help but feel a little entranced by the way Hanks asks Vogel this. Note: it might leave you open to a tear or two.

This scene is somewhat telling of the film’s enduring value: it could have been a soft, soothing story of an embittered journalist longing for meaning in his life, with many-a-classic Mr. Rogers’ quotes weaved in for sentimental effect.

In having a poke at the fourth wall both in the restaurant scene, during which Hanks slowly turns to look down the lens, and in the structure of the film more generally, we too are gently urged to consider those who loved us into existence. We too are urged to recall, as Vogel does later in the film, the time when each of us had a teddy or an “old rabbit”.

In this way, A Beautiful Day in the Neighbourhood brings forth many a moment of introspection; it makes you feel childlike and innocent again, to look to those with whom we are closest in a kinder, more forgiving way. Thus, even if you never watched an episode of the original Mr. Rogers’ Neighbourhood, this episode is certainly worth a try.