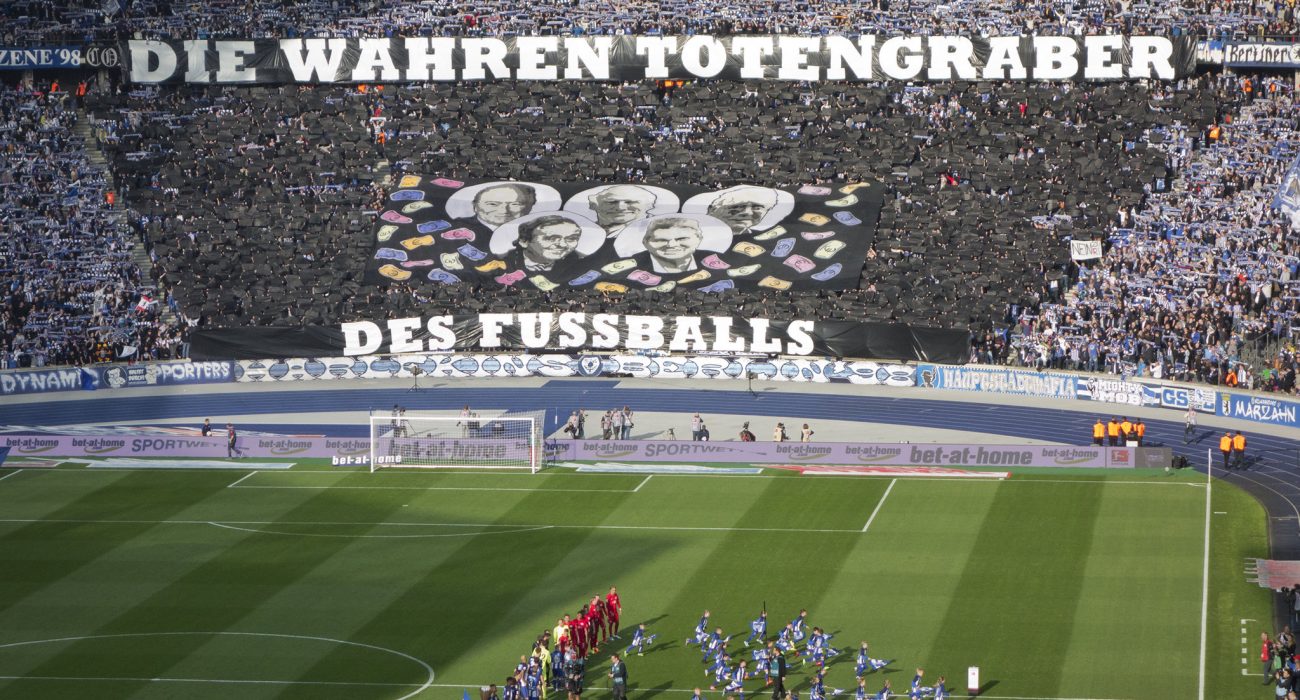 All too often in recent history, the back pages have been dominated by non-footballing matters. This seems to involve anything from VAR to what was in Bruno Fernandes’ shopping trolley. However, the 2019/20 season has brought with it external matters that have led to the football being halted.

An example of this occurred over the weekend centering around Dietmar Hopp, a German billionaire who serves as the chief financial backer for the Bundesliga outfit TSG 1899 Hoffenheim, with their ascent to the top league marred in controversy. While in England, we are used to large investors buying a club and transforming them into a force to be reckoned with, the culture of German football is intensely hostile to such a transaction. In the club’s home match against Bayern Munich, the game saw an abrupt ending, with the players simply kicking the ball between each other for the last 13 minutes in solidarity with Hopp. This was in response to a banner from the Munich fans containing expletives about him.

Still, I fail to understand the rallying of support around Hopp. Fans must be afforded the right to protest against owners as they see fit. In my view, the laws of the games must be solely governed by the fans. This extends to VAR as much as it does to their views on the hierarchy of their clubs. If fans are booing, it has to go.

Furthermore, in 2018 Hopp placed microphones in the Borussia Dortmund away section in order to identify fans singing against his name. This is more akin to a totalitarian state than the community feel of football matches, making me feel slightly uncomfortable about the level of support Hopp has attained. It is important to emphasise that I would not encourage abuse at football matches, with my own personal hooliganism firmly limited to reserved gesticulations in the general direction of referees.

Although while football fans will keep attending (our obsession with the game ad infinitum), a dull atmosphere at a game reduces the tribal nature so intertwined with part of what makes the game so good. Stopping the match will do nothing.

Meanwhile, I believe there is a more imminent evil firmly at risk of bludgeoning the game’s status as the ‘beautiful game’. The scourge of racism will leave a dark cloud over the memoirs of this season. Jonathan Leko has only this week come out and described the lack of care he has received from institutions such as Kick it Out, following an altercation with Leeds goalkeeper, Kiko Casilla.

Racist incidents require the utmost care and while there seems to be a protocol in place within the Premier League, we are yet to see a game abandoned as a result. Chelsea defender Toni Rudiger reported abuse at the Tottenham Hotspur stadium in December, with zero consequences; the club failing to gather enough evidence to support his claims.

In a similar event, Haringey Borough keeper, Valery Pajetat received abuse during an FA Cup game earlier this season against Yeovil Town. However, on this occasion, the game was suspended. Haringey players took a stand, simply walking off the pitch in support of their teammate. Two Yeovil fans were subsequently arrested, with the process working, even at the depths of the English game.

Football mirrors society and it is obvious that racism is still alive and kicking within British society. If football can be direct with shows of zero-tolerance, we could begin to see social change, however little. Such a change only serves to benefit wider society.