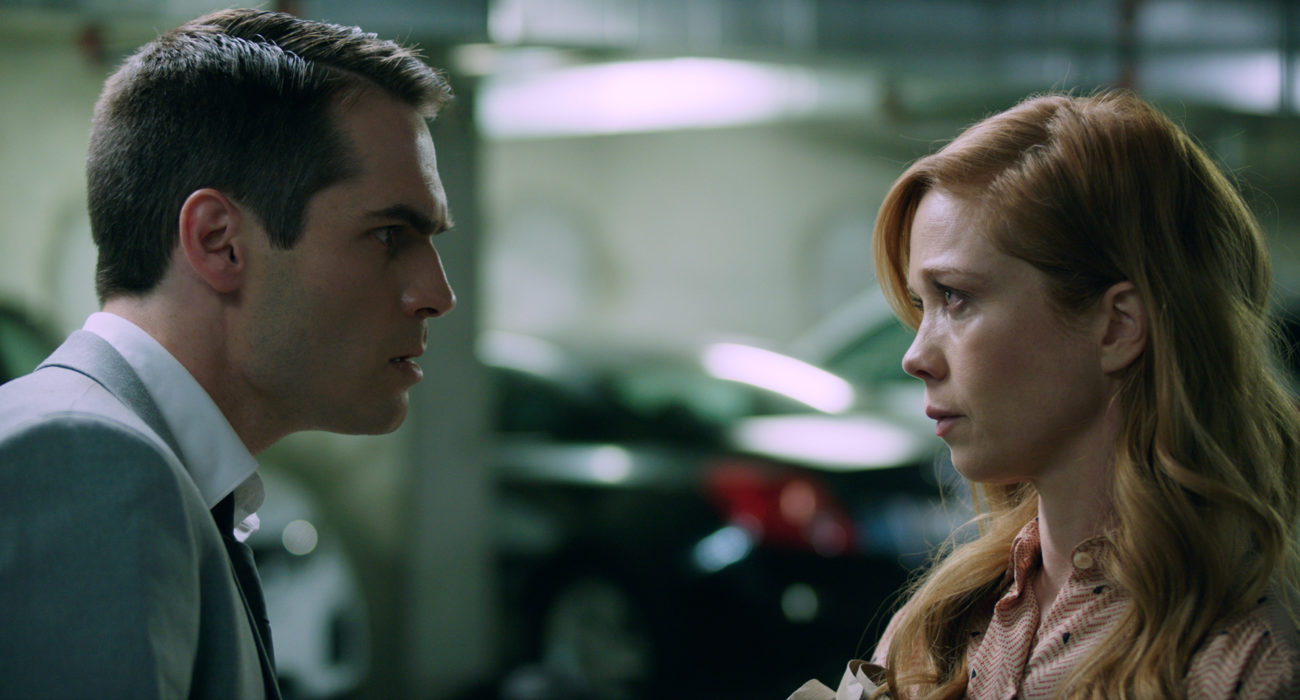 The second week of October brought with it goosebumps and scares to Manchester, as Grimmfest filled the Odeon screening rooms with its wide program of horror features and short films. Among the countless titles, the English premiere of the new feature film The Beta Test, by Jim Cummings and PJ McCabe, stood out as one of the most promising and highly anticipated movies.

Set in a sleazy vision of Los Angeles, the movie tells the story of Jordan, a newly engaged Hollywood agent. All seems to be going well for him until he receives an anonymous purple letter inviting him to a sexual encounter with a secret admirer. Filled to the brim with bloated, toxic masculinity, sinister lies and shallow charm, The Beta Test tries to present itself as a mix of high-paced thriller and black comedy.

Co-director PJ McCabe spoke to The Mancunion before the film’s premiere. He accredited the film’s strange mix of genres to the two authors’ need to insert comic lines in the stories they write, no matter the subject.

The two wrote together a lot and spent several months on the script. Describing the writing process, McCabe said that they spent time reciting it to each other to test reactions to funny lines, and podcasted its reading in order to understand the right tone and reach a balanced rhythm. The result is a gory and heart-pounding first scene, which promises to deliver on thrills, comedy and excitement of a cult horror film.

However, it very quickly descends into a predictable and unemotional strain. When the camera dollies in on the plot and the characters’ lives, all the story’s potentiality gets washed away by a lack of precise intent. What could have been a sexy cocktail of psychological thriller mixed with the satiric portrait of the Hollywood drama becomes a vague and unambitious window into a man whose life is crumbling around him.

Jordan’s toxically masculine ego is perhaps the most intouging element of the film. His mask of perfection covers a repellant cruelty. Jordan’s whitened teeth become symbolic of The Beta Test’s central comment as the film hides the rotten dentition of America’s rotten underbelly with the sparkling veneers of Hollywood consumerism. Of note are the suitably unpleasant performances of the main actors. McCabe himself shines as a lively and self-driven businessman.

Unfortunately, neither the writing, nor the plot development are up to this standard. Instead all we get is an incomplete picture of American high society decaying from within. The film lacks the horror and thrill promised in the first scene. Rather, the mystery of this anonymous purple letter takes us on a long and meandering journey to nowhere.