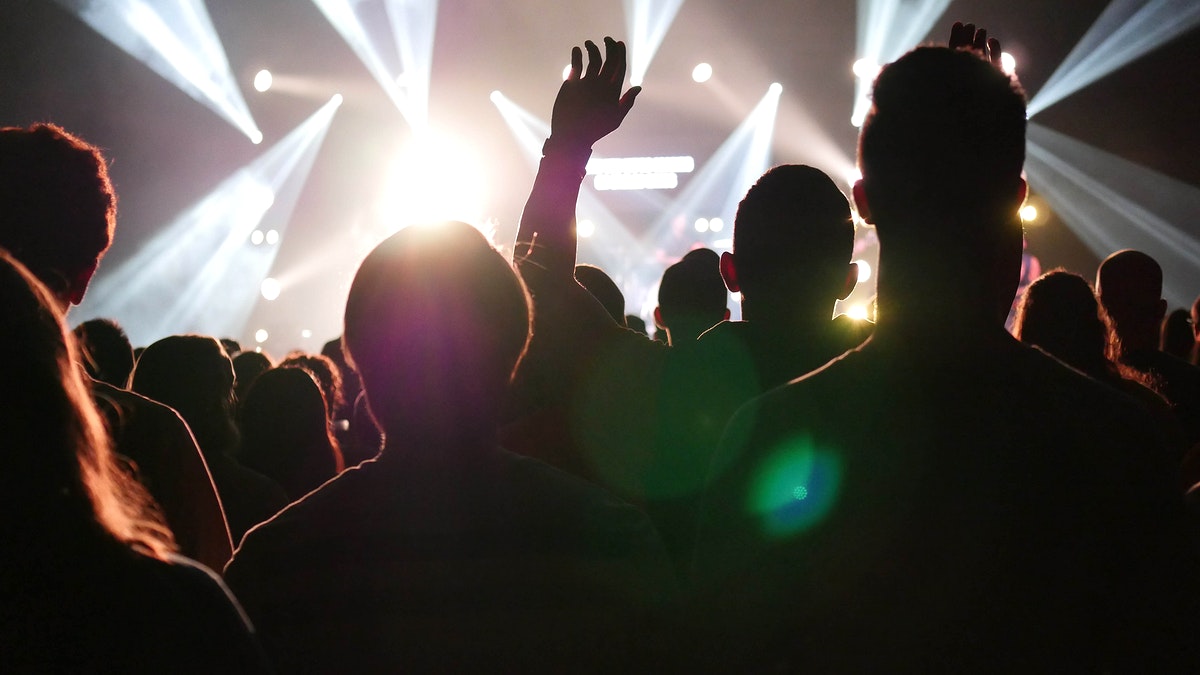 Photo: Silhouette of people cheering near the stage, Wikimedia Commons

“They put themselves in danger, girls like that. If she’s not careful, someone’s going to take advantage.” These are the words spoken by a man standing in a club in Emerald Fennell’s 2020 dark comedy Promising Young Woman. In the scene, a group of men look on as a woman lies in a nearby booth, clearly drunk. What’s significant about these opening words is the impetus of blame which they suggest if she’s not careful. Therein lies the crux of the situation, women have always been made responsible for their own safety. This, in turn, means being responsible for the actions of others, especially those with sinister intentions. The film recognises the difficulty with depicting spiking on screen. Films must not fall into the territory of defining or blaming victims for the bad things that happen to them. 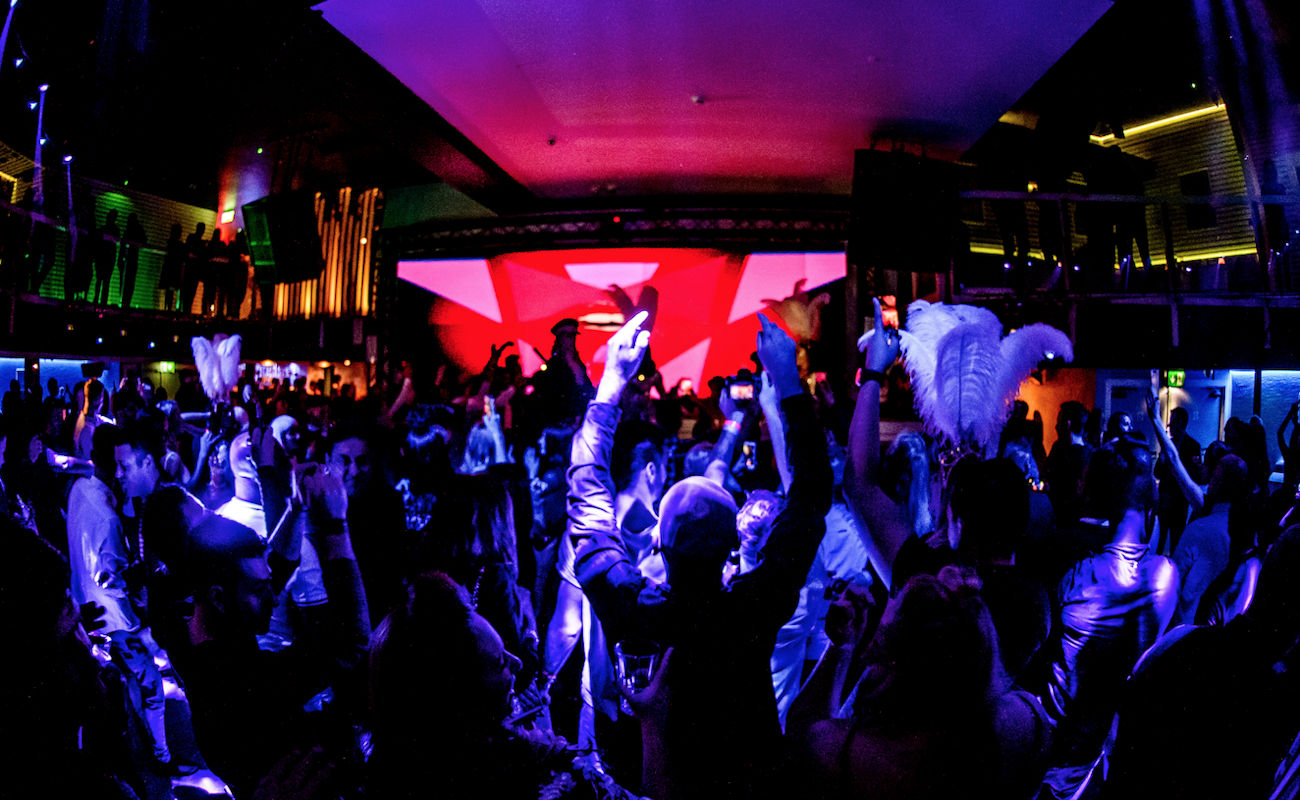 In recent years, the saturation of narratives surrounding club culture and instances of spiking (the two being undeniably linked) has risen significantly. Revenge thrillers such as Promising Young Woman (2020) and genre-blending black comedies like I May Destroy You (2020) and Hustlers (2019) are all explorations of what happens when male inhibitions are liberated in the dark, otherworldly space of the club.

Seeing a familiar experience depicted cinematically can either become uncomfortable in its truthfulness or soothing as a confirmation of lived experiences. Whether it’s the so-called ‘nice-guy’ who can’t take no for an answer in Promising Young Woman or a lonesome walk home in an unfamiliar place after a night-out goes wrong in I May Destroy You, these situations are unfortunately indicative of real experiences. These stories, all helmed by female auteurs, speak truthfully to the presence of sexism and misogyny in society since #MeToo. And nowhere is sexism more prevalent than in the club.

Perhaps it’s the club setting, an atmosphere not particularly conducive to being filmed, too dark, too flashy, too noisy for dialogue, with its slightly seedy quality, that is responsible for the lack of clubbing narratives up until now. Yet it’s the drama and excess of the dance floor that provides a fertile ground for storytelling. Russell T. Davies’ 90s TV drama, Queer as Folk, uses the Mancunian club scene as a means of self-exploration and liberation at a tense period in history. More contemporary depictions of the clubbing scene, however, have become increasingly sinister, exposing issues which are heightened by darkness, proximity, and opportunity.

Straying further from the mainstream is Gasper Noe’s Climax (2018), a nightmarish, pulsating fever-dream of a film in which a troupe of dancers are spiked with a powerful hallucinogen while trapped in a French basement. Noe treats spiking as the catalyst for the horror of losing bodily autonomy. The frenetic movements of the dancers throughout exacerbate the gory confusion that plays out onscreen. Far from romanticising drug use, Climax is a nauseating demonstration of the effects of spiking on a large scale. Visceral and disturbing, it’s virtually impossible to tear your eyes away from.

Michaela Coel’s ground-breaking millennial drama I May Destroy You (2020) is an interesting exploration of the levels of complicity involving harassment in a club and its normalisation. The series follows influencer, Arabella, as she attempts to assemble the events of a night out after being spiked at a club poignantly named ‘Ego Death.’ A level of nuance is essential when depicting a traumatic chain of events and I May Destroy You guides its audience through several difficult instances in which lines, spectrums and borders are violated all using this first instance of assault as a starting point. Despite being a bleak comedy, the show is clearly poignant. What these portrayals show is that predators exist outside of the club, they have normal lives, they infringe upon boundaries in everyday life, at offices, in shops as well as the club. The rise in spiking on screen reflects the real-life urgency in addressing the current situation.

This is why the morality of Hustlers (2019) is so ambiguous. The plot: a group of business savvy strippers plan to rob Wall Street clients by drugging them in expensive bars and committing credit card fraud. The controversial reversal of roles at play here is engaging to watch. It is interesting to see such a dramatic shift of power played out in a fictional landscape. Spiking is, above all, an exercise of power.

In recent narratives concerning spiking, we see women attempting to regain power, to impress an agency which was stolen from them. It’s there in the hyperfeminine glamour of Hustlers and the exclusively female soundtrack of Promising Young Woman. These films reject the patriarchal presence at every turn, although it makes itself known soon enough. Even the underlying forces of misogyny dampen the romantic subplot in Promising Young Woman. Love interest Ryan (Bo Burnham) is presented to us as in typical rom-com fashion. He is insistent that Cassie go out with him in a way that’s presented as endearing, but perhaps equally concerning, when it’s an attractive A-lister doing it. The two fall in love (obviously) to a perfectly timed Paris Hilton track. However, the ‘nice-guy’ illusion is shattered when Cassie discovers his complicity in filming the sexual assault of her friend during college. The kind of hyper-vigilance that Cassie experiences in relation to men is unfortunately relatable to many female audiences. It’s exhausting having to look out for yourself and the actions of others all the time. It’s expensive getting Ubers home because you don’t have the freedom to walk alone. It’s terrifying that a night out without someone being spiked currently feels like an anomaly.

If spiking on screen is here to stay until our culture learns how to obliterate its real-life perpetrators from existence, then I would like to see the narrative turned inwards. Stories exploring what level of cowardice could possibly compel a person to spike someone in a club would be enlightening because every time I ponder the question myself, I draw a blank.