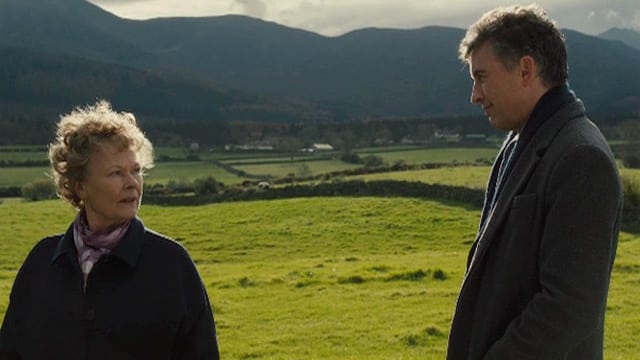 Cornerhouse Pick of the Week: Philomena

It’s the stories of those with age that are the greatest and Philomena is no exception, proving that its award at the Venice film festival for Best Screenplay was well-deserved.

Philomena is an emotionally gripping story based on true events of a Catholic Irish woman who, having had a son out of wedlock, was convinced by Catholic nuns of her shame and coerced into willingly signing away her son for adoption, advised never to search for the baby again. The tragic part of this is that Philomena was just one of many teenage girls that kept the secret of her long lost baby for 50 years.

She is played by the marvellous Judi Dench who depicts this character with poise and humour although her Irish accent wasn’t very convincing. She reminded me of my gran, very easily pleased, religious, tough-minded and yet had this dying sense of helplessness. Despite her age she was really quite relatable as a character. It was quite the contrast from her usual role as the head of MI5 in James Bond. Eventually she tells her story to her daughter on her lost sons 50th birthday which her daughter then tells to a journalist Martin Sixsmith played by Steve Coogan.

Martin is the complete opposite of Philomena which makes them such a great pair. He’s cynical and anti-religion. He had no interest in writing Human Interest pieces as he thought they were for weak minded people but eventually gets emotionally involved in the finding of her son. There is a reversal of roles between the stereotypical good and bad guys. Nuns are depicted as evil and the journalist as heroic, truly moral one. For me personally I always saw journalists as the good guys, uncovering the truth to help people despite the fact they have to be objective and the way people interpret religion by discriminating against people as evil.

Despite all of this Philomena takes the high road and has no desire to seek revenge on the nuns and is only concerned for the welfare of her son. She goes out of her comfort zone to America to seek every detail she missed from her son’s life and connects them with son she so vividly remembers at the age of three. The flash backs of her at the convent really bring the story alive and help the audience live it through Philomena’s eyes. The two characters go on a journey together and realise they were more involved in this story than they thought and learn from each other along the way. There are many unexpected twists and the fact that it’s based on a true story makes it all the more fascinating to watch. The film takes you through the solving of this mystery and shows you things are never as they seem. It starts and ends with the convent Roscrea bringing the story in a complete circle.