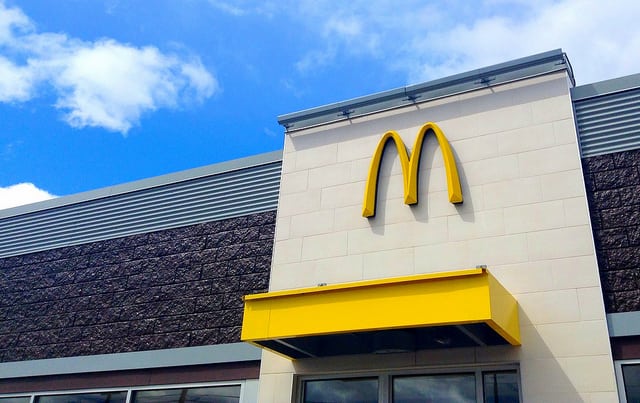 How much control do you have over your purchasing power? Photo: Mike Mozart @Flickr

Ever heard of Edward Bernays? Chances are high that you haven’t. Outside of the marketing and advertising fields, Bernays, the nephew of Sigmund Freud, is a relative unknown. However, the legacy of Bernays is both sensational and haunting.

This man was almost singlehandedly responsible for making female smoking socially acceptable through the heavy use of psychology in his marketing techniques. Bernays is credited with being the first to theorize that people could be made to buy things that they do not actually need, by appealing to their unconscious desires.

Bernays was hired by the American Tobacco Company to encourage women to smoke. This is because, up until the early 20th century, it was not publicly acceptable for women to do so. In 1929, Bernays staged the Easter Parade in New York City, presenting models smoking Lucky Strike cigarettes, or as he captioned them: “Torches of Freedom”.

He presented this event as a news story, and then told the press to expect that women suffragists would light up “torches of freedom” during the parade to display their equality alongside the male sex. After the event, women smoking gradually became more commonplace, and subsequently the American Tobacco Company made a fortune.

The true legacy of Bernays, however, is the blueprint that he sculpted for the field of marketing and advertising, which is still largely used to this day. Various psychological tricks that Bernays developed are used to entice consumers into buying items that they do not necessarily want or even need. With advertising and marketing more prevalent in our lives than ever before, we must ask: To what extent are we truly in control of our own expenditure? Are we mere puppets influenced to a startling degree by corporations?

Advertising is everywhere and good advertising campaigns are frequently noticed. When you scroll through the Facebook feed on your phone, there are adverts interspersed among forgettable statuses and photos of your idiot friends wearing traffic cones on their heads. Often, these online adverts are tailored to the individual based on their browsing habits and online purchasing decisions. Furthermore, they are marketed in such a way to target your unconscious desires. Whether it be a discounted gym membership because you think you’re overweight, or a sale at a clothes store because you think you are out of fashion, all are targeted at our unconscious desires. Adverts are designed to generate brand loyalty and target these insecurities, then ultimately make you spend money on their products.

You may think that you are in complete control of your expenditure, but that might not be so. Some techniques are obvious. Apple often hypes up a new iOS update with an intense publicity campaign in order to get as many users as possible to download the new update. Often these come at a severe performance cost and you are enticed to upgrade to the latest model.

Other techniques are less obvious. Case in point—the free pizza given out by Domino’s during Welcome Week. Chances are, you thought that the main reason for this was to generate brand loyalty, and to a large degree, you are correct. However, there is some dark psychology behind this. Regans Reciprocity Experiment in 1979 revealed that if a person or a business gives something to you, you feel obligated to give something back, even if it’s more expensive. Bear this in mind upon the next time you are buying yet another iPhone, or maybe ordering a Domino’s at 11pm.

In 2014, McDonald’s, the largest chain of hamburger fast food restaurants in the world, spent a colossal $1.42 billion on advertising alone, according to statista.com. This insane, colossal budget is justified by one simple fact—it works. McDonald’s didn’t become the largest hamburger franchise because it provided the tastiest, most varied, and most nutritional meals. No no.

The chain succeeded because it was able to market its food in the most psychologically appealing way. This is why the Big Mac that you are served often looks nothing like the goods advertised. Various lighting and editing techniques are used to achieve this image without breaking advertising regulations. Due to the fact that McDonald’s advertising is commonplace and frequent, it has become the place to go to for a quick snack after a night of clubbing. Well, that’s what our subconscious tells us.

I certainly do not think that we are yet at a point where our free will, with regards to our purchasing decisions, is dominated by marketing. In fact, I think that now more than ever, people are beginning to catch on to the absurdity of media imaging and brand loyalty. The use of plus size models is a notable example of a consumer backlash to these techniques, this time against the fashion industry’s use of models with unrealistic proportions. But I think that it is important that we are aware of these techniques, even if it is simply to avoid a regrettable purchasing decision. Just remember that the next time that you make an impulse buy, it may not be entirely your own decision.