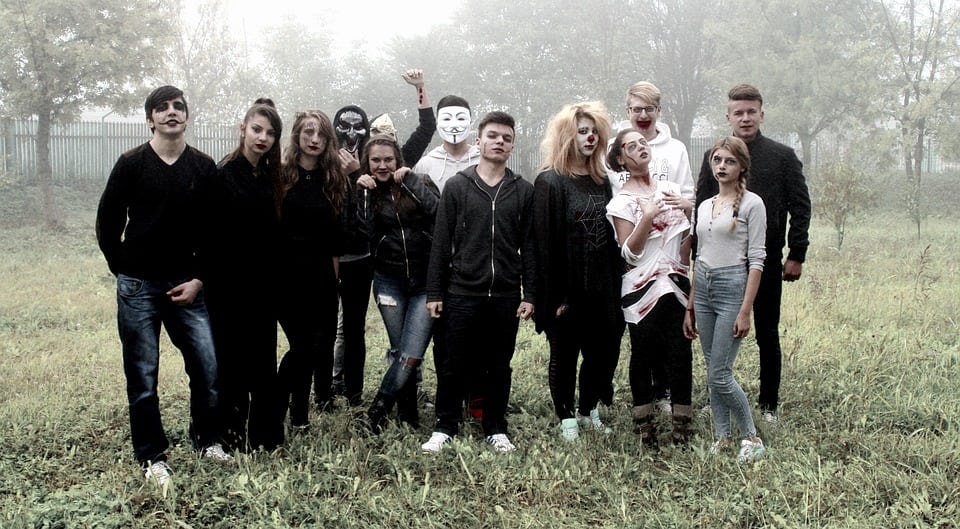 Starting us off is this 1995 American classic. Casper the friendly ghost is an iconic character knows for his kind disposition and complete inability to be scary. This film follows the life of Kat (Christina Ricci) and her father (Bill Pullman) who is a ghost journalist in search of his dead wife. They inhabit the property haunted by Caper and his uncles ‘The Ghostly Trio’. The uncles provide most of the comedic relief in the film, with their idiocy and cantankerous behaviour. The film explores the themes of friendship, discovery, and young love, leaving your heart warmed, rather than beating faster in this wimp-friendly Halloween movie.

If it ain’t broke don’t fix it. The original 1984 film gets the balance of action and comedy just right and did not need to be re-made. The  original film starts comedic legend Bill Murray. He and his band of paranormal experts titled ‘Ghostbusters’ are called to rid the city of New York from terrifying other worldly creatures. The group have high tech ghost catching equipment and operate from an abandoned firehouse. Employing special effects and quotable one liners the film is a visual treat. Also the ghost centric theme is perfect to get you geared up for halloween.

Disney do it best and this film is a fantastic Halloween watch. 90s films are becoming a theme here for classic autumn viewing and this 1993 comedy is no exception. The film stars Bette Midler, Kathy Najimy, and Sarah Jessica Parker as the Sanderson sisters. It is set against the historical backdrop of the Salem witch trials. The sisters are witches who plot to steal all the souls of Salem’s children in order to remain youthful forever. Set on the night of Halloween the iconographic features of witches, black cats, broom sticks and trick-or-treating make it essential Halloween viewing.

A young Christina Ricci features again in this countdown, this time as Wednesday Addams in this 1991 fantasy film. The Addams family luxuriate in the fact that they are feared and thought of as bizarre. They revel in their own seclusion from society and are a dysfunctional yet tight knit with a vast amount of riches. A long lost family member returns and the family is thrilled. However, there are doubts as to whether this is a fake Fester or if its really him. If you are in need of a group Halloween costume idea then this is most definitely a winner!

Tim Burton is renowned as the king of all things ghastly and ghostly. He has made so many perfect Halloween films such as The Nightmare Before Christmas (1993) and The Corpse Bride (2005), but beating them all to the top spot is Edward Scissorhands (1990). The film stars a young Johnny Depp and Wynona Ryder. With loose links to Frankenstein, Depp portrays the creation of a scientist.  Edward finds himself in a suburban neighbourhood and becomes the resident hair dresser. The pastel colour palette, budding romance and vintage bright costumes make it an enjoyable and spook-free watch.