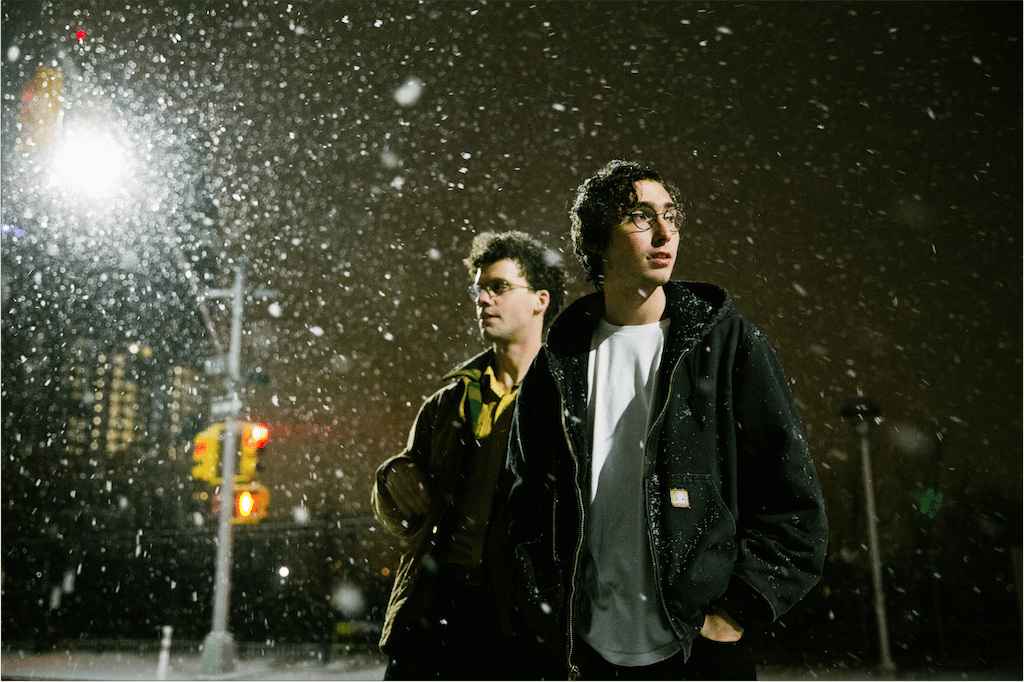 Last time Whitney played in Manchester back in November, frontman Julian Ehrlich commented: “We’ve been on tour too long”. It’s been six months since then, and now the band is promoting a return to the UK with a headline slot at Now Wave’s Sunday Session at the Ritz on 4th of June. It will be their third Manchester date — and fifth UK sojourn — in a year.

Usually, when bands are taking interviews, they are sitting on a new album and preparing to re-enter the world. Whitney, on the other hand, never stopped: their acclaimed debut record Light Upon The Lake came out just short of a year ago, and the band have been on the road since.

“I think the longest stretch of time we’ve had without touring was three weeks, a few months ago”, Ehrlich explains, deep into a three-month stretch of touring. He seems nonplussed about it: the days get longer and more boring, he says, but his bandmates are some of his best friends from back in Chicago, and this keeps spirits high.

Their life on the road is well-documented — one tweet from early May depicts Ehrlich baptising his bandmate Josiah at an outdoor show near a body of water (“life is one big shrug emoji”, he commented).

On stage, the band have corralled fans into video-calling the bassist’s parents while they’re playing, and the group regularly lock lips on stage to play with the audience. Ehrlich fondly tells me about a recent trip to Salford, where they found themselves pole-dancing on the stage in Islington Mill.

It’s hard not to contrast this with Smith Westerns, the glam-rock band Ehrlich played in with guitarist Max Kakacek and whose dissolution spawned Whitney. It’s hard to tell how much bad blood remains: former frontman Cullen Omori’s account seems to place Ehrlich and Kakacek’s decision to pursue their own project at the heart of why the band’s 2014 hiatus turned into a split, and he closed one of his first solo shows by stating “fuck Whitney”.

On the other hand, he maintains he remains close with the pair and insists the latter statement was a joke. It is clear, though, that the tour preceding the hiatus was unpleasant: a young, messy and ambitious band spreading in different directions but cooped up in the same van to collide. Ehrlich described the winter of Whitney’s formation, shortly after this, as a period of “sad and strange transition”.

In contrast to these tales of touring woes, Whitney’s never-ending tour seems positively blissful. A lot of the songs on Light Upon The Lake are about the end of romantic relationships — Ehrlich and Kakacek were both going through break-ups when writing the songs — but you don’t have to work hard to tie them to the professional implosion they experienced at the same time.

The relief of a reinvigorated vehicle for songwriting and touring is ingrained in songs like ‘No Matter Where We Go’, which makes for a perfect soundtrack for a carefree road trip. More broadly, though, the journey the album paints a picture of is one of abandoning your concerns with the knowledge lingering in the back of your mind that you’ll have to confront them again one day.This bittersweet feeling contributes a soulful edge to the music that was never evident in Smith Westerns (the label on the vinyl edition of Light Upon The Lake is reminiscent of an old soul record).

Perhaps, though, this newfound harmony is just down to the band’s bigger tour van. Erhlich elaborates, “when little things get annoying, there’s a lot of room in the van to avoid them”. He’s refreshingly unambitious when it comes to talking about the band’s goals, when I put it to him that every time Whitney return to Manchester it’s to a considerably bigger venue. “We’re just trucking along, I guess”, he shrugs.

The only point Ehrlich seems genuinely wowed by Whitney’s remarkable success is when he speaks of a recent encounter with Elton John, who publicly declared his love for Whitney’s debut and later interviewed the band due to a mutual connection. Elsewhere, though, the main benefit of Whitney’s growing popularity is not prestige, but comfort.

Ehrlich speaks of an awkward transition from playing someone else’s songs at the back of the stage in Smith Westerns to performing his own emotionally-upfront work front-and-centre, which led to some nervous early shows.

Reflecting this initial uneasiness, Ehrlich and Kakacek initially began writing from the perspective of a fictional persona (named Whitney, if that wasn’t clear), though they are now increasingly assertive and conversational on stage and, two-and-a-half songs deep into a new record, have long since ditched the persona.

A year on from the release of their debut album, Whitney feel both enterprising and deeply relaxed. Progress on new material is sedate, with Ehrlich preferring to spend his scant time at home recuperating in bed, eating tacos and drinking kombucha. This results from a decision not to write on tour due to “too many emotional highs and lows on the road” — I’m reminded of Whitney’s last Manchester show, which took place on the night of the US Presidential Election, no doubt one of the “gnarly experiences” and “extreme headstates” Ehrlich mentions.

This means it might be a while before Whitney are touring behind any new material. Nevertheless, wherever you are, they’ll no doubt be passing through soon, sounding more confident by the day — and the old standards sound as good as ever.