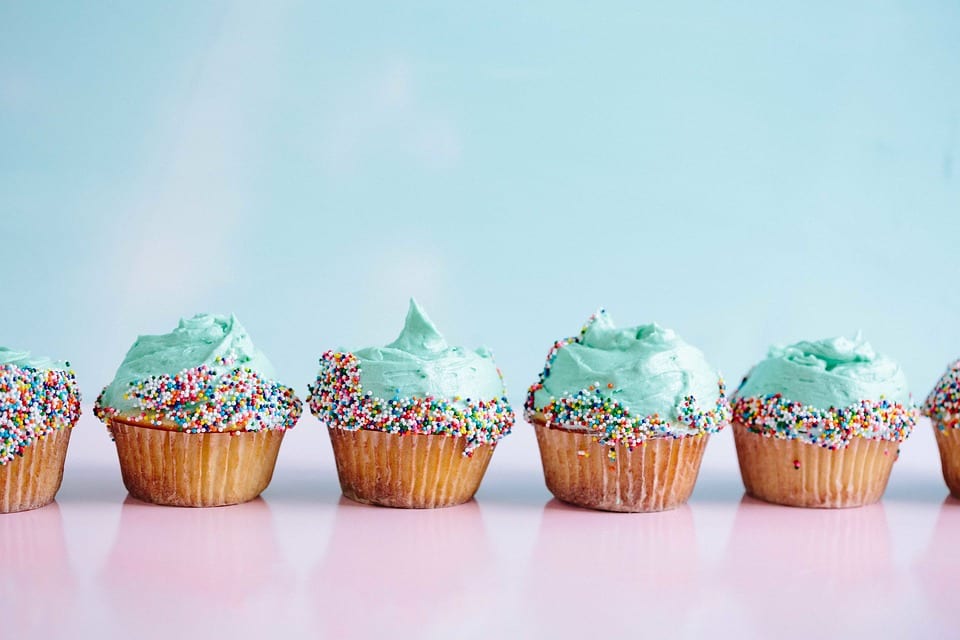 A defence of the cupcake feminist

If you’ve attended a Feminist branded event in the last five years, whether a bake sale, art show, or your classic witchcraft ritual, you’ll definitely have seen a polka dotted table with trays of colourful, homemade cupcakes.

With its heap of sugary pink icing, nowadays often used to craft edible vulvas and areolas, the cupcake has become a staple choice within any feminist space, as unequivocally and unapologetically female. This however, has faced a growing number of critics.

Allow me to introduce you to the Cupcake Feminist. Coined by Meryl Trussler in 2012, the term refers to the recent return in trend of ‘twee’ 1950s homelife. Big bows, crocheting, and Rosie the Riveter; all of these are said to be seeping back into feminism in an attempt to emulate the domesticated role of women.

To its critics, the cupcake is now a vanilla cream travesty. It represents not womanhood and sorority, but vilification of the leather-clad, punk feminists of the eighties, intent on rebranding femininity back to its girlish, Cath Kidston roots.

Trussler’s argument has support. To a modern audience, the 1950s housewife is seen to many as a pie-baking, infantilised blonde (think Mad Men’s Betty Draper). But what is the solution? To replace iced gems with a bite of sausage roll and a manly swig of John Smith’s?

The problem with the cupcake appears to be that it’s a sugary, sweet treat, exclusively marketed to women. And anything a woman is seen to enjoy will be labeled as frivolous.

It’s a ridiculous attitude that holds women to a higher standard than men. One that says Susie from down the road can’t care about both FGM and getting her nails done.

But Susie isn’t claiming to be a UN representative, so why is it that we applaud men simply for ‘coming out’ as feminists, whilst constantly analysing and belittling women for their commitment to the cause?

We must accept that in a feminist’s daily activities, not all will be a Pankhurst-esque rebellion of the patriarchy. Women can decorate cupcakes in lacy sugar hearts half an hour before rallying outside the White House, just as we can eat a Yorkie without imploding. Yes, the world needs more high-powered female chefs working in industrial-sized kitchens, but this doesn’t have to mean the home kitchen is a step back.

The Cupcake Feminist is not a 1950s housewife. She is a 1950s housewife, reimagined. She might bake for herself, her friends, her family or her husband. She might do so dressed impeccably in seven-inch heels, or whilst hungover in a ketchup-stained jumper. It is her choice in the matter that we should be most concerned about, and not her apron.