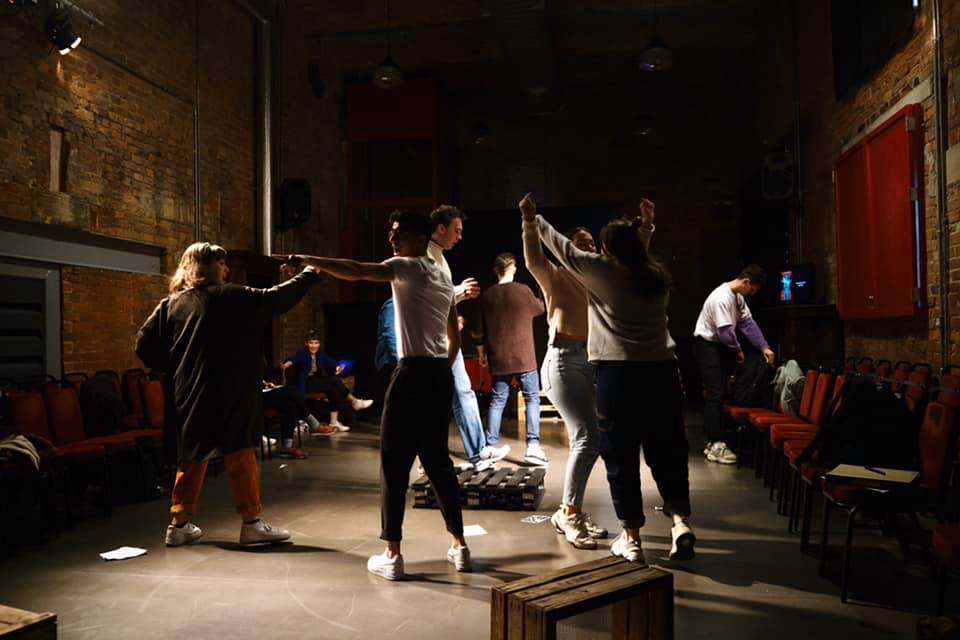 We Won’t Fall was a devised show by new theatre company SwitchMCR, directed by Gabriel Clark and Andrew Long, and written around its cast of twelve actors. The piece gave snapshots from the lives of a group of rebels, living within a repressive society that banned freedom of expression.

So, where and when was this dystopian location? Manchester, 2020.

We Won’t Fall was staged in the International Anthony Burgess Foundation, an industrial-type building that felt quintessentially Mancunian.

Prior to the start of the show, the performers entered and started to joyfully dance together to wonderful, well-known songs such as ‘Take On Me’ and ‘I’m Still Standing’. I’ll admit, I was tempted to get up there and dance with them. Within these dances, they improvised, chatting to each other and directing some comments at members of the audience.

Through personal character moments, the different issues afflicting them were depicted. Some issues were those we are very familiar with, that are always in the news: racism, homophobia, immigration, police brutality, reproductive rights.

Then there were some more unusual laws. 80s music had been banned. Jack D’Arcy’s Peter explained how all the black keys had been removed from pianos and now there were no sharps or flats in music. Ciara Ewing’s character, Jess, was forced to speak in an English accent as opposed to her native Scottish accent (which was an ironic parallel to how often British actors have to use ‘RP’ accents in the industry, even if this is not their native accent).

One member of the rebels, George (Oscar Jones), was a policeman who insisted only a small minority of the police force were racist and that he was trying to implement change from the inside. What was poignant then was when he was called out on this attitude by Joseph (Louis Bisson) and was forced to face his own privilege.

I’m sure many of us will have come across people who have the notion (and indeed even believed this notion ourselves) that racist police and racism in general is an American thing which we in the UK are above. Therefore, it was refreshing to see racism in the police force called out in a British play.

The romantic subplot in We Won’t Fall between Tyler (Nathan Lea) and Jason (Rory Kelly) spread smiles around the audience. They were tender with each other but scared to show their feelings as gay relationships were illegal.

Was this perhaps a parallel universe? Or was the Manchester in We Won’t Fall not too far off from our world now? Progression is not a straight line, but it does feel like we have slipped backwards recently.

I liked how personal the play was. It did not go into explaining how society came to be this way, the mechanics and the politics of it. Instead, it focused on the lives of ordinary people and how the society was impacting them.

The show was engaging, shifting from gentle interactions to poetic monologues to truly dark and very real moments. A neat resolution was not given but it ended on a hopeful note with a rousing speech about sticking together from Yezuan Calvis’s heart-warming Carlos. A beautiful final image depicted the whole cast holding up cardboard protest signs such as were carried at the Reclaim the Night march just last week.

The production made efforts to be inclusive with captioned performances. While a push in the right direction, this did prove problematic due to We Won’t Fall being staged in the round and there only being one screen to view captions on. This meant, should they need them, only half the audience could see the captions.

Overall, we were presented with an important message. Things in our country may seem difficult at the moment, but it is up to us, young people in particular, to stand together and speak out for what we believe in.

I am excited to see what SwitchMCR will give us in the future. 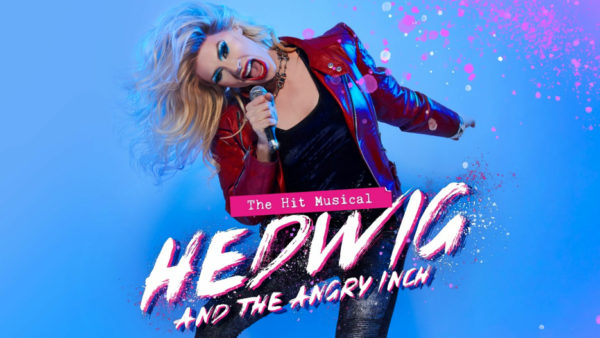 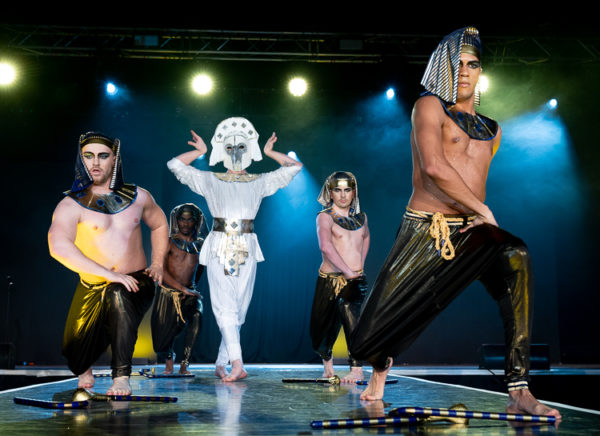 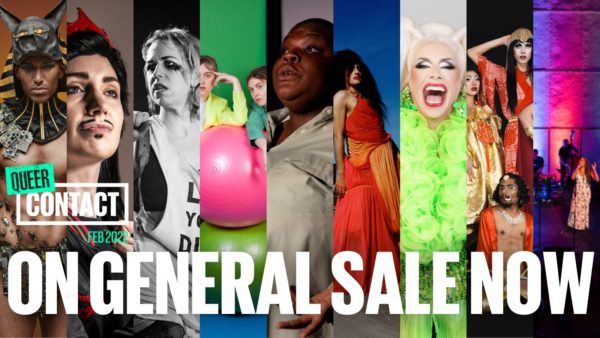