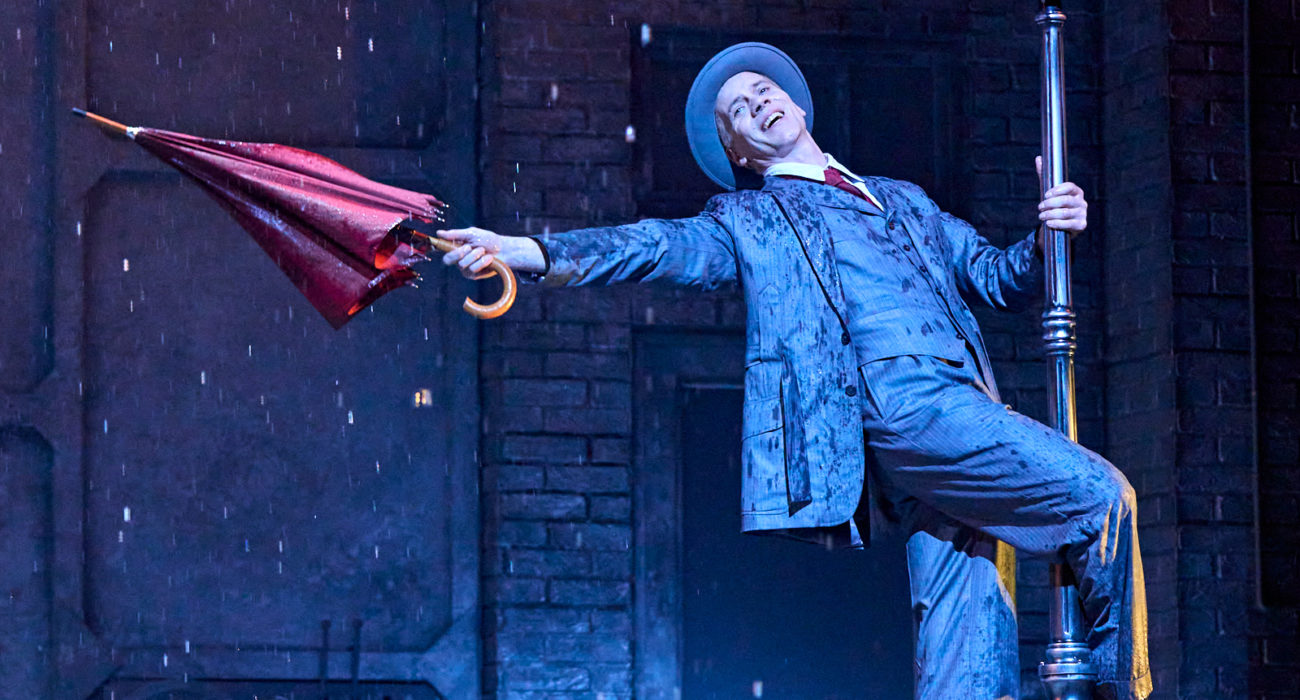 It’s 70 years since Singin’ in the Rain hit the big screen. The iconic movie offers a lighthearted depiction of Hollywood in the late 1920s, with the three stars portraying performers caught up in the transition from silent films to “talkies”. Directed and choreographed by Gene Kelly and Stanley Donen, it starred Kelly as Don Lockwood, Donald O’Connor as Cosmo Brown, and Debbie Reynolds as Kathy Selden – with Jean Hagen as Lina Lamont. It’s, indisputably, one of the greatest musical films of all time.

Stage musicals based on old films are fun because they create a sense of nostalgia for a time many of us never even knew (albeit, a time that would actually have been pretty bad for many of us). It’s always exciting to see a classic film brought to life. But the issue I take with stage musicals based on old films is their growing irrelevance. It’s not necessarily the shallow stereotypes and problematic storylines I take issue with (heck, Miss Saigon is one of my favourite musicals, and my bedroom is Breakfast at Tiffany’s themed); I just find them a little boring. I often find myself sat there, wondering, why do I care?

That said, this was a marvellous production. The set, though not quite sumptuous, was certainly creative – and it was complimented with lovely lighting. The colourful costumes also commanded a lot of attention. It was a real feast for the eyes.

The singing and dancing were unsurprisingly perfect. After all, the cast was lead by none other than actor, choreographer, dancer, theatre director and Tony and Olivier nominee Adam Cooper (Don Lockwood). On screen, Cooper is best-known for playing adult Billy in Billy Elliot. The female lead, Kathy Selden, was played to perfection by star of the stage, Charlotte Gooch. The main trio was rounded off with Ross McLaren (Doctors) as the loveable Cosmo Brown.

However, the show was stolen by Jenny Gaynor (The Trial), who played the musical’s primary antagonist (kinda), Lina Lamont. She might have actually had more stage time than the female lead, Gooch. Whilst Gooch’s role allowed her to showcase her impressive vocals, Gaynor brought the real comedy. She received the majority of audience laughs. The scene in which her character recorded her first “talkie” has to be one of the funniest scenes I’ve ever seen on stage. Talking films were obviously hard for cast and crew to wrap their heads around of, but Lamont’s intolerance and idiocy added further complications – to hilarious effect.

At certain dates, Lamont has been played by Steps’ Faye Tozer – ironic, given Tozer’s impressive vocal abilities. It reminds me of the time West End legend Bonnie Langford played Dorothy Brock in the tantalising tap-dancing musical 42nd Street. Brock is renowned for her inability to dance, in stark contrast to Langford – a literal (renowned) dancer. The casting is a little tongue in cheek, and it’s pretty cool that the women were prepared to do that. You’d think Tozer might have been better suited to playing Selden, but perhaps she does not have the right vocal range.

Brown, meanwhile, is being played by Strictly Come Dancing‘s Kevin Clifton at set dates. Clifton was great in Jeff Wayne’s Musical Version of The War of the Worlds, but I can’t quite seeing him doing the role better than McLaren. Sometimes, you don’t need a star. Cooper, though, is a stage sensation, and it was a real privilege seeing him take on this iconic role.

Now, I cannot end this review without mentioning the musical’s most magical moment: the title song (and its reprise). Whilst I’d seen Diversity use a rain machine on that exact stage just days earlier, the scene in this musical (and the original movie) is so utterly iconic that seeing it in real life felt like a dream. The musical, though dated and limited, is worth watching just for that scene – just like ‘Blue Skies’ (and ‘I Love a Piano’) in White Christmas.

‘Singin’ in the Rain’ and ‘Blue Skies’ closed their respective first acts, whilst ‘I Love a Piano’ was an Act 2 opener, and ‘Singin’ in the Rain (Reprise)’ closed the show. Placing these iconic songs in important moments made them extra special – and it also made the wait (an entire act) worth it.

Singin’ in the Rain had me dancin’ in my seat. It’s a well-executed show that makes you long for a time you never even knew (even if that time was not so great). It’s a riot of colour and a great night out.

Singin’ in the Rain plays at Manchester Opera House until 14th May, before continuing its UK tour until August. 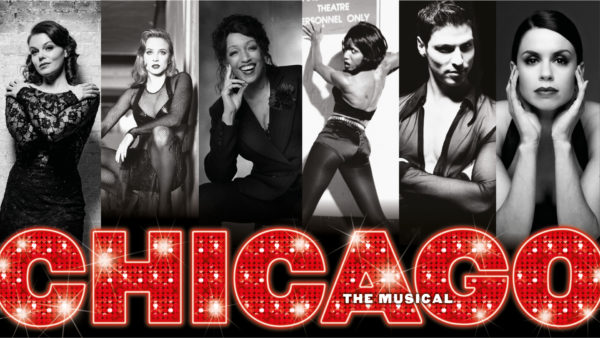