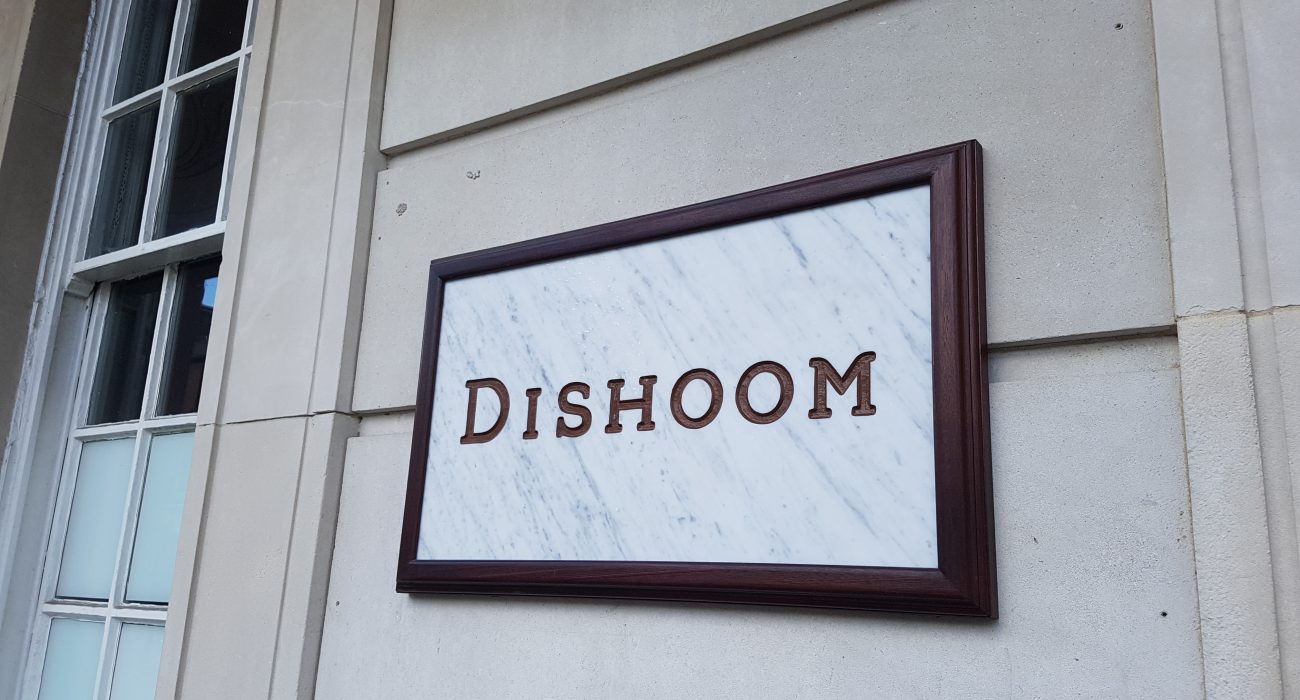 Dishoom is a relatively new Indian restaurant in Spinningfields, attempting to provide a tradition Irani cafe dining experience. Irani cafes have thrived in the Indian sub-continent since British colonial rule, when Iranian immigrants were fleeing Islamic intolerance of their Zoroastrianism in other parts of Asia.

Centuries on, the legacy of the Irani cafe has come to Manchester, where Dishoom opened their first venue in the UK outside of London. They created a huge buzz around their evening menu in the latter stages of 2018. Some months on, Dishoom have introduced a re-vitalised breakfast menu. The morning selection aims at replicating the same Irani cafe experience for your earlier routine. Whilst Indian food is no stranger to the UK, it’s fair to say breakfasts from the country haven’t quite got the same mass-market penetration as an evening curry. Could this be the start of a new movement?

On arrival, we were welcomed by a warm smell of burning incense. A nice touch, acting as a sort of olfactory palette cleanser as you stepped away from dirty bus fumes and smouldering cigarette-ends. The atmosphere was casual and understated but lively enough. On entry, a small business meeting was in full swing, as was a Made In Chelsea style post-yoga catch up.

Having been led to our table by friendly and polite staff, we were knowledgeably talked through the menu by our waiter, who proposed we order the chai hot chocolate to sip on.

It was a fantastic recommendation.

Full of flavour and a well-balanced kick, the chai hot chocolate was a great way to start off the meal.  Perhaps a drink more suited to winter months, it was nevertheless delicious enough to excite our tastebuds in anticipation of the food which had just been ordered.

We also tried a monsooned catuai coffee. Again, this was well-balanced and didn’t fall foul of the bitterness that some ‘authentic’ coffee beans can provide. The addition of coffee cream was a welcome one.

For food, we decided to cover our bases by selecting something adventurous, and another with a more Anglo feel. The egg naan roll provided a Brit-inspired balance compared to the soy keemu per eedu – both were peerless.

The egg naan roll was as much as one would expect, but succeeded in this simplicity. Saffron-coloured yolks were encased in a beautifully baked naan to combine to provide a meal of good consistency. The naan soaked up the yolk well, and also didn’t crumble at first sight of any moisture like your usual store-bought affair. 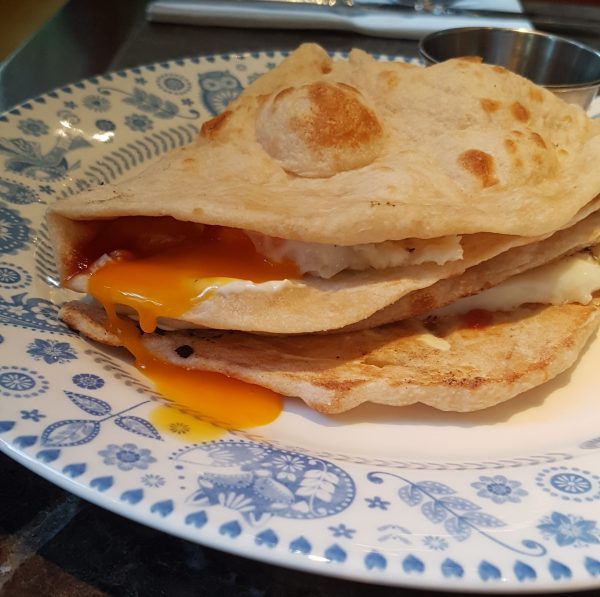 The egg naan roll was also served with tomato ketchup on the side, and I would encourage anyone ordering it to make use of it. Certainly not something you’d find in a sachet. The tomato sauce added a level of sweetness to match the savoury nature of the egg and naan. It made for a dish which made your taste buds pop and also filled you up – the hallmark of any quality breakfast.

Onto the soy keemu per eedu. This dish was the equivalent of a hug from your mum. Warm, full of heart, and something you can’t really say no to.

Spiced soy keema (a mince-like texture) beneath two fried eggs was combined with a helping of crunchy sali crisp-chips for a terrific taste. The spice added to the keemu kicked you hard enough to wake you up, but not so hard that you’re aching for the next half hour. This was achieved with the eggs, which were fried just as well as they were in the naan roll. They not only kept the keemu warm throughout, but dolloped in some welcome familiarity. The mellow flavour of the eggs also tamed the keemu’s spice to a level whereby even madras-avoiders such as myself could wolf down plates of the stuff. 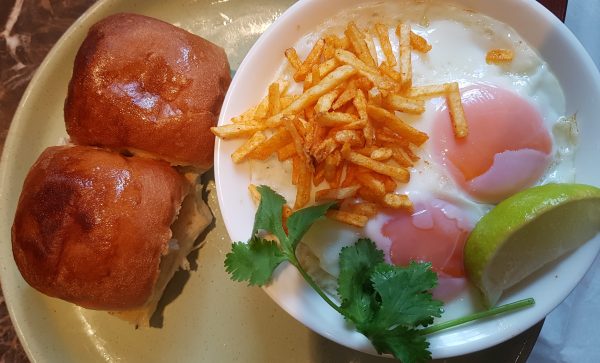 Freshly toasted buns were the perfect side dish. These provided the foolproof mopping agent for all the flavour come the end of the plate.

A truly brilliant breakfast, complimented by knowledgeable, polite staff who left no stone unturned in the dining experience. 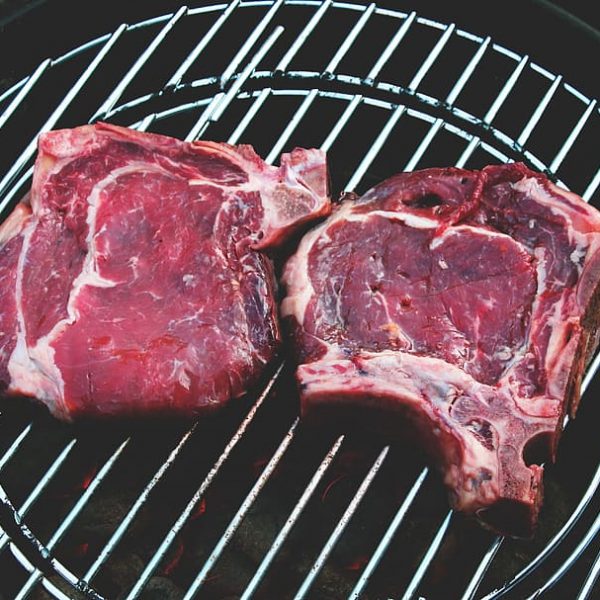